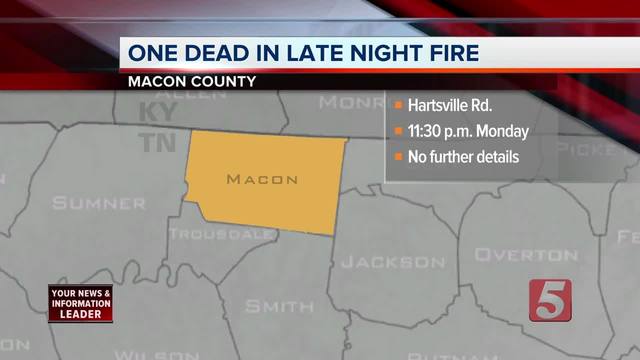 The Tennessee Bureau of Investigation has been called out to a fatal fire investigation in Macon County. 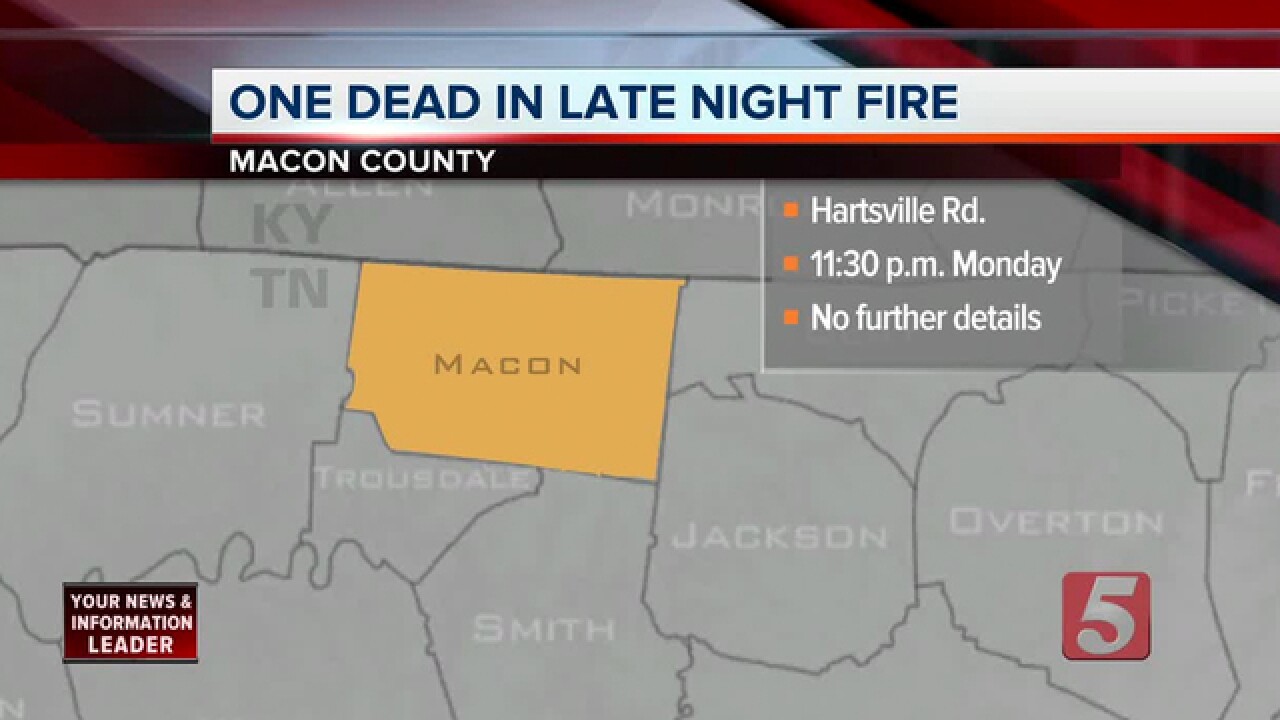 The Tennessee Bureau of Investigation has been called out to a fatal fire investigation in Macon County.

The fire was reported around 11:30 p.m. Monday at a residence on Hartsville Road in Lafayette.

The Macon County Sheriff's Office said four of its deputies were the first people on scene. The deputies were able to get into the home in an attempt to save the person inside, but the smoke was too heavy and they had to retreat to safety.

The four deputies were treated for smoke inhalation at the scene but did not need to be hospitalized.

The sheriff's office said the person who died inside the home appears to be the only person who was inside at the time the fire started.

The TBI confirmed they have an agent on scene. No additional details were known.