Father and son arrested on gun and drug charges in Nashville 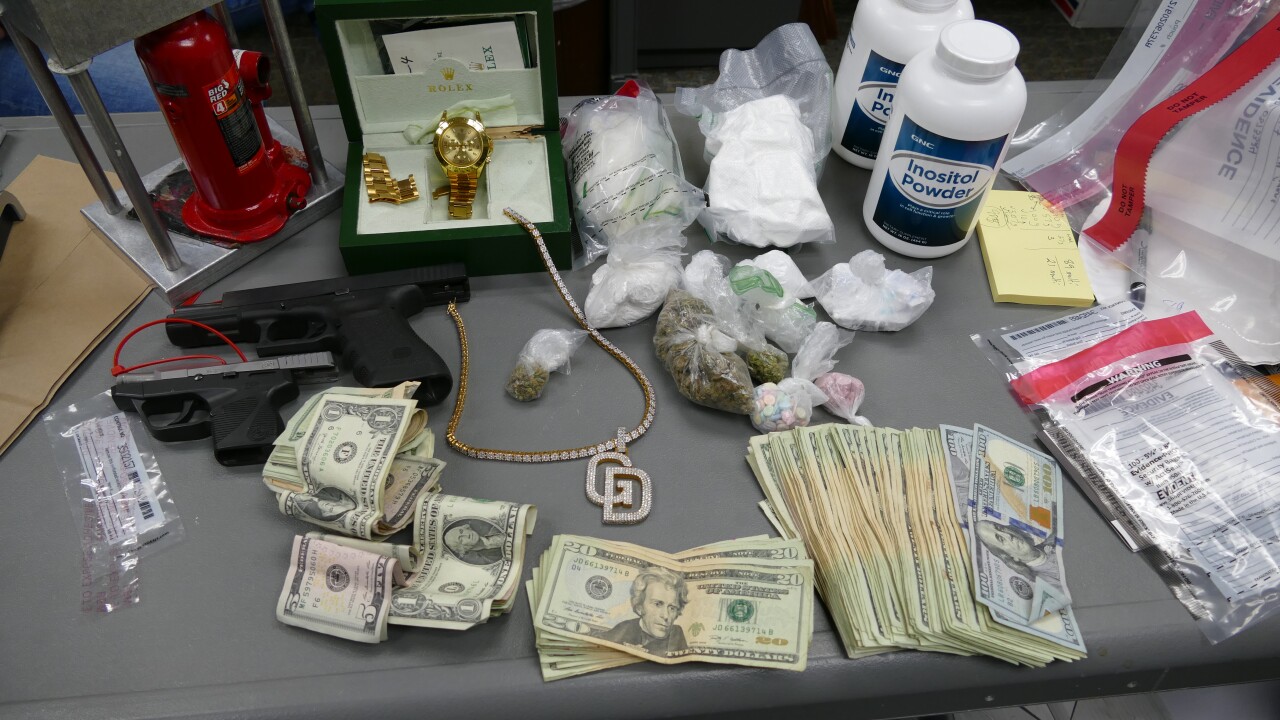 NASHVILLE, Tenn. (WTVF) — A convicted felon and his son were arrested as the result of a search warrant in Nashville Wednesday, Metro Nashville police said.

Officers conducted the search at a home on the 1700 block of 14th Avenue North, where Raymond Bevels Jr., 21, lives. His father, Raymond Bevels, was also at the home.

Inside the house, officers found three handguns, 985 grams of cocaine, marijuana and 112 ecstasy pills. Drug paraphernalia, including scales and five bottles of an agent used to cut drugs, was also found.

Both men have been charged with gun possession during the commission of a dangerous felony and three counts of drug possession with intent to sell.

Bevels - who has previous weapons and drug convictions - is also charged with felon in possession of a weapon, and is being held on a $90,000 bond.