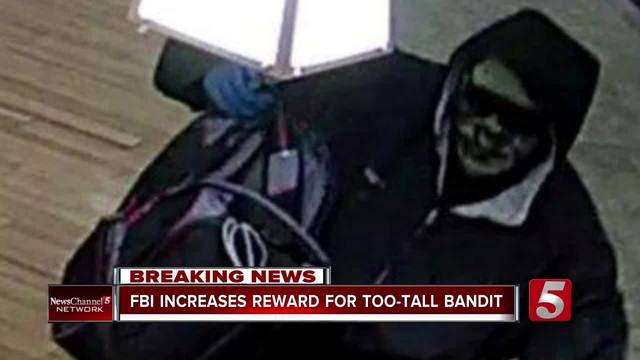 The Federal Bureau of Investigation has increased the reward to help catch a bank robber known as the “Too Tall Bandit.” 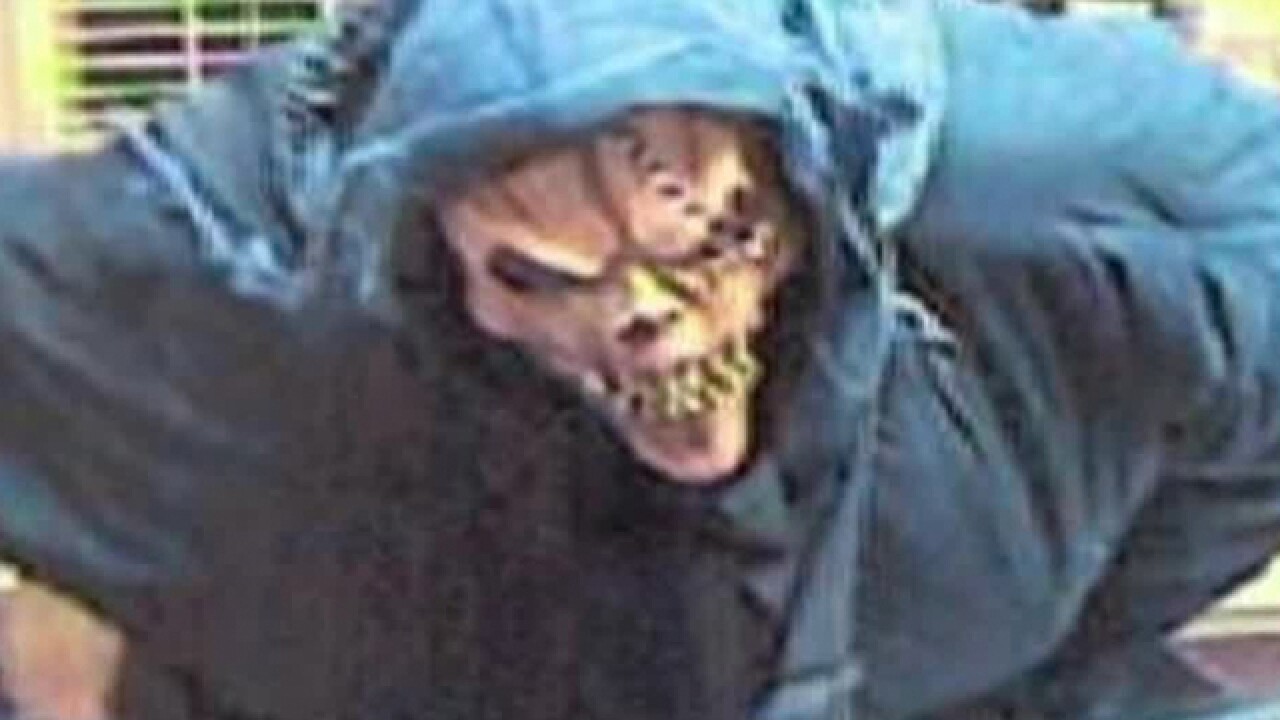 The Federal Bureau of Investigation has increased the reward to help catch a bank robber known as the “Too Tall Bandit.”

The 6-foot-6 suspect, known for creepy masks, has been robbing banks for nearly a decade.

Now the FBI has upping the ante by offering a reward of up to $15,000 for information leading to an arrest.

His first robbery dates back to 2009 at the Volunteer State Bank in White House, Tennessee. They think he last struck last November hitting two banks in Knox County, bringing the total to 10 so far.

Each time, he jumps over the counter armed with a handgun and orders tellers to the floor. He then fills a bag with cash before running out a back door.

He's also suspected in at least one pharmacy robbery in which opioids were stolen.

The suspect is believed to be in his 40s and weighs around 250 pounds. He also walks with a limp, has a deep voice and speaks with a non-southern accent.