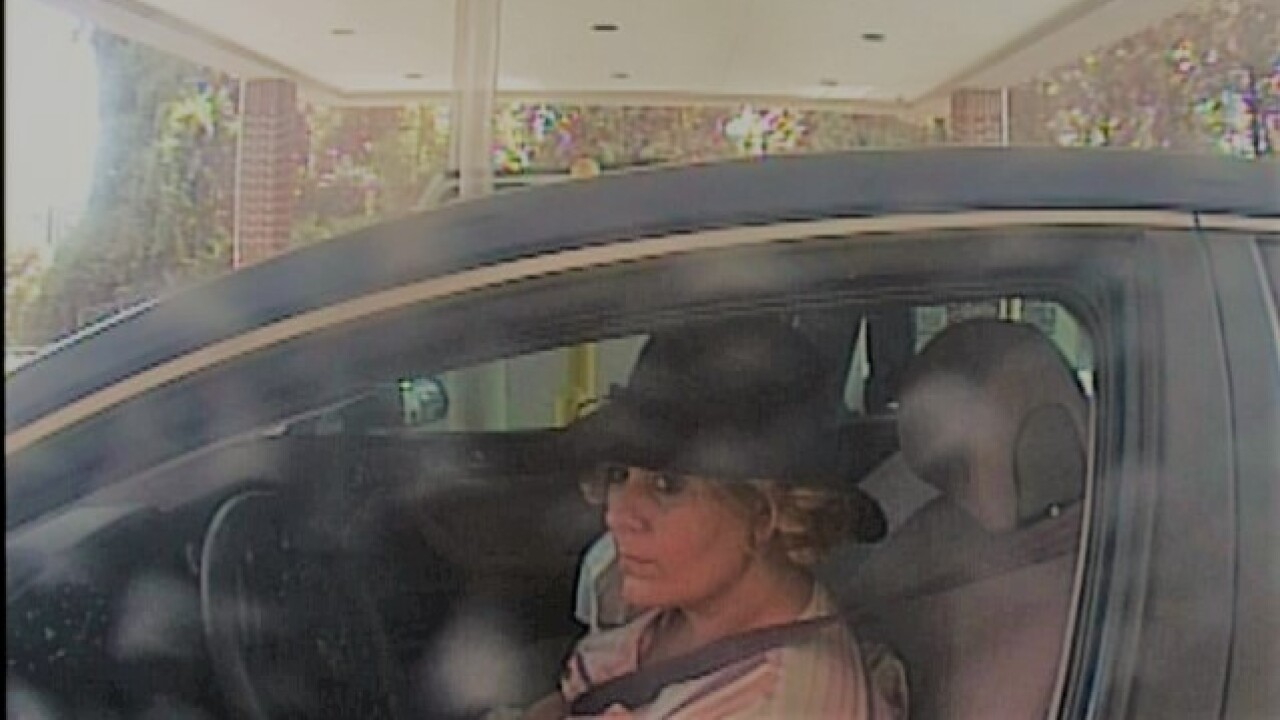 The agency said the woman is believed to be involved in "felony lane gang" crimes, a type of organized burglary and identity theft originating in South Florida. The style of crime is named as such because criminals often target women's purses and wallets, stealing credit cards or checks and withdrawing money from bank accounts.

According to the FBI, the woman impersonated an account holder at a Middle Tennessee bank and used stolen identification to cash stolen checks for cash between August 5 and August 7. The identification and checks were stolen from vehicles in a separate incident. The FBI said the woman was seen wearing a wig and driving a silver Dodge SUV and a blue Hyundai sedan.