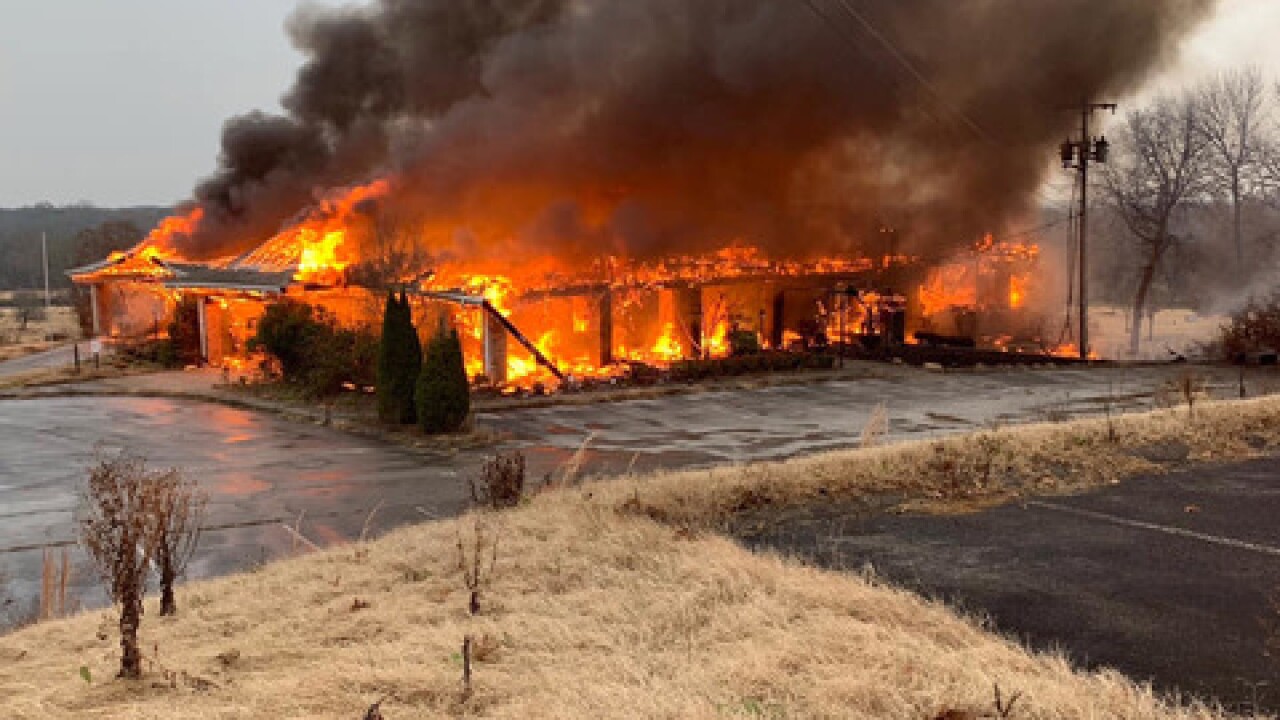 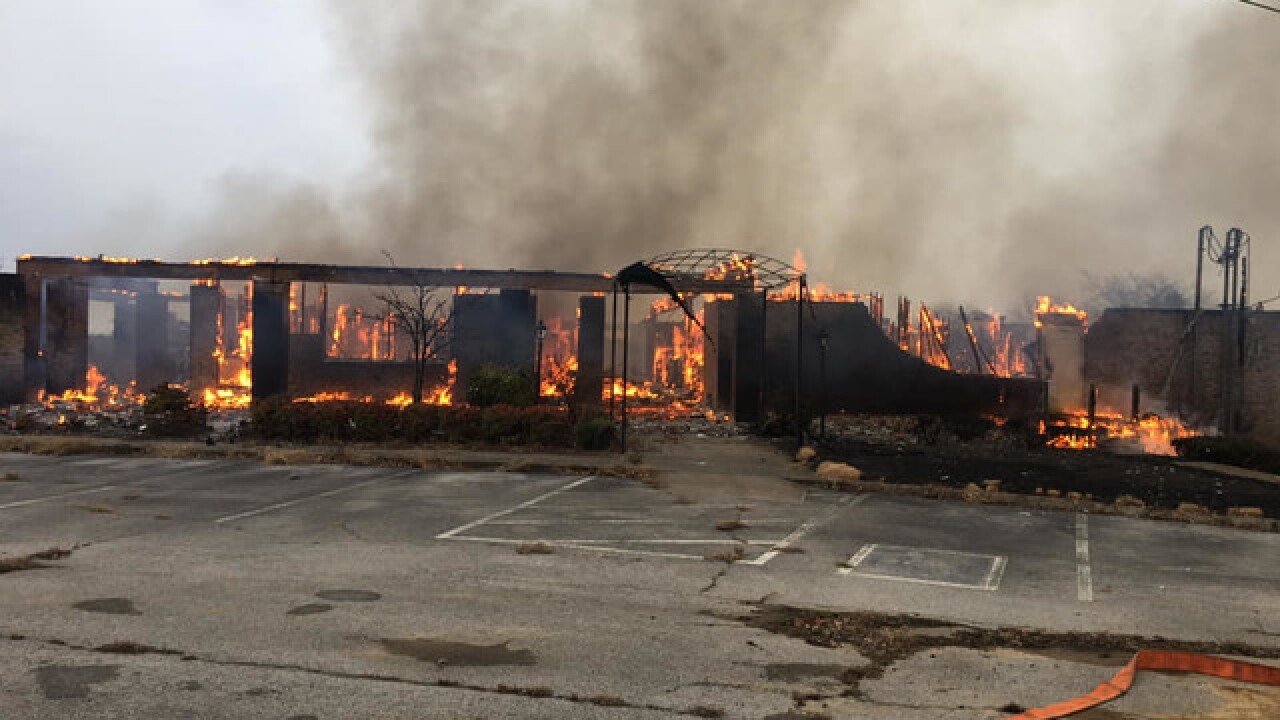 First responders put out a large fire this morning at the old clubhouse of the Windtree Golf Course in Mt. Juliet.

Frefighters quickly learned that the one hydrant on the property was out of service and that the closest one was a mile away.

The building was completely engulfed in flames when firefighters arrived and they began an exterior attack on the fire.

The building was vacant and no civilian or emergency responders were injured.