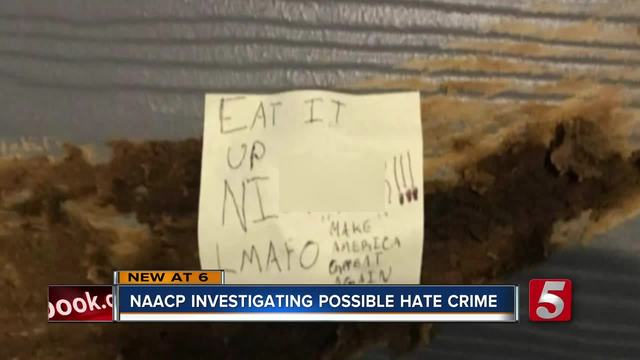 Western Kentucky University senior Paige Glass has lived in her off-campus apartment complex for a few years and has always felt safe. That was until Wednesday morning. 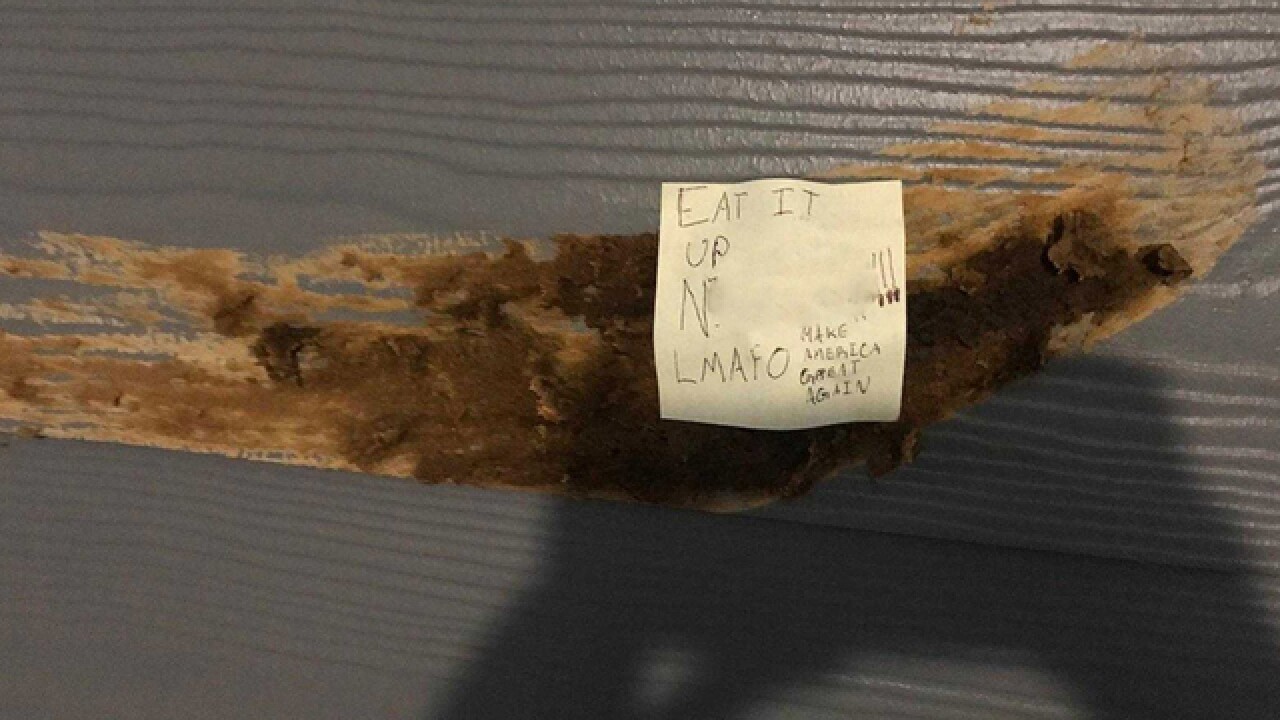 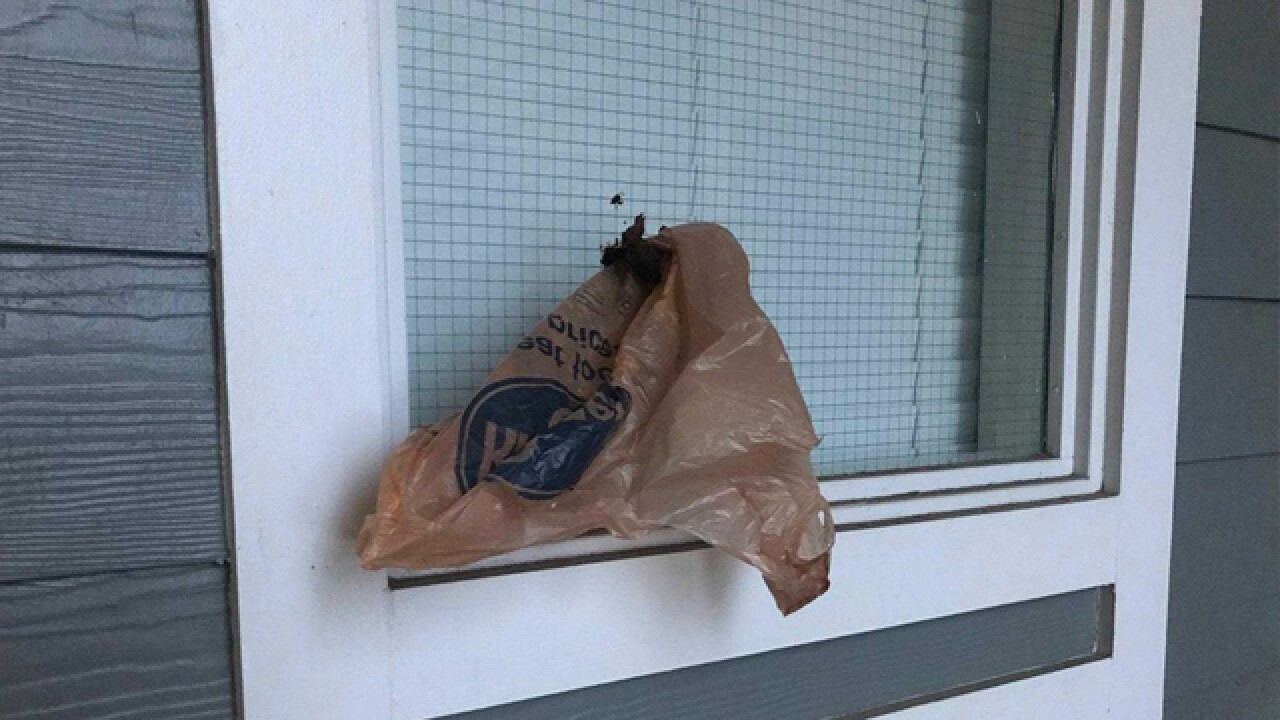 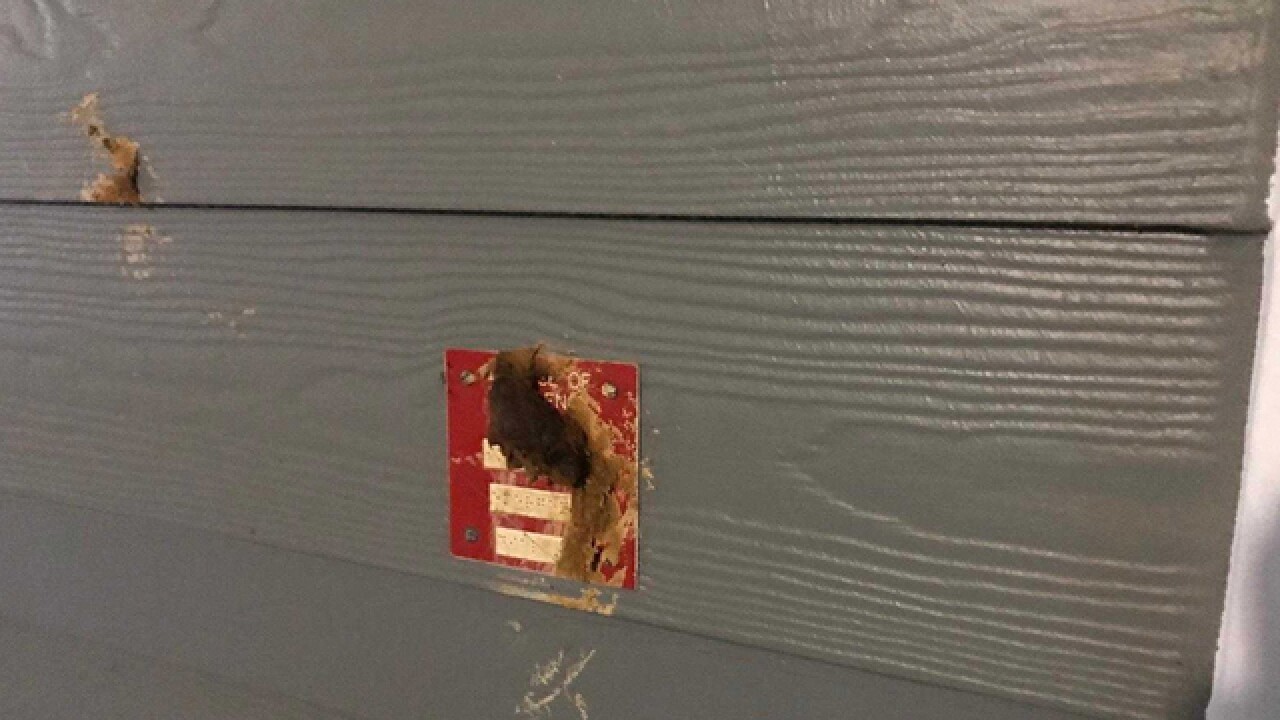 Western Kentucky University senior Paige Glass has lived in her off-campus apartment complex for a few years and has always felt safe. That was until Wednesday morning.

"I feel like we were all targeted in this building," Glass said.

She was referring to her fellow neighbors of color. Just two days after Glass participated in the Martin Luther King march in Bowling Green, she awoke to find dog feces had been smeared across her building's wall with a small post-it note that read, "Eat it up Ni*$#*, LMAO, Make America Great Again."

"Make America Great Again has grown synonymous with hate, with the hate that is being propelled and accepted by our Commander and Chief," said Glass.

Glass said she believes it's no coincidence the message showed up shortly after the President reportedly referred to African nations in a derogatory way. "Trump was just talking about the immigrants and how they belong in a poop hole," she explained.

They've already filed a complaint with NAACP's state office and are reaching out to the FBI.

"Anyone who takes this as a minor incident is a part of the problem," said Glass. "I just think those responsible for this heinous act, they aren't only ignorant, but they're also cowards."

Bowling Green Police have stepped up patrols in the area.