A female student at the University of Tennessee in Knoxville has reported an on-campus rape.

Campus police sent students a security notice after the alleged incident was reported on Sunday.

A female student claimed an unknown male raped her early Saturday at a residence hall.

Students were urged to report any suspicious activity to police. Additional resources could be found at sexualassault.utk.edu. 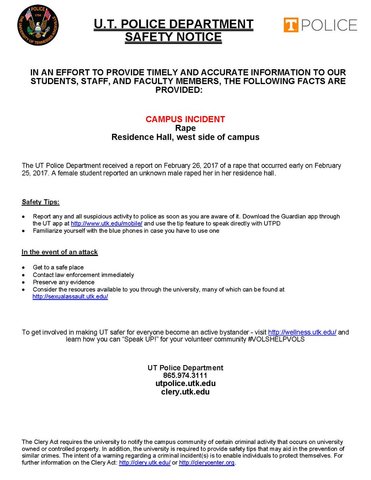