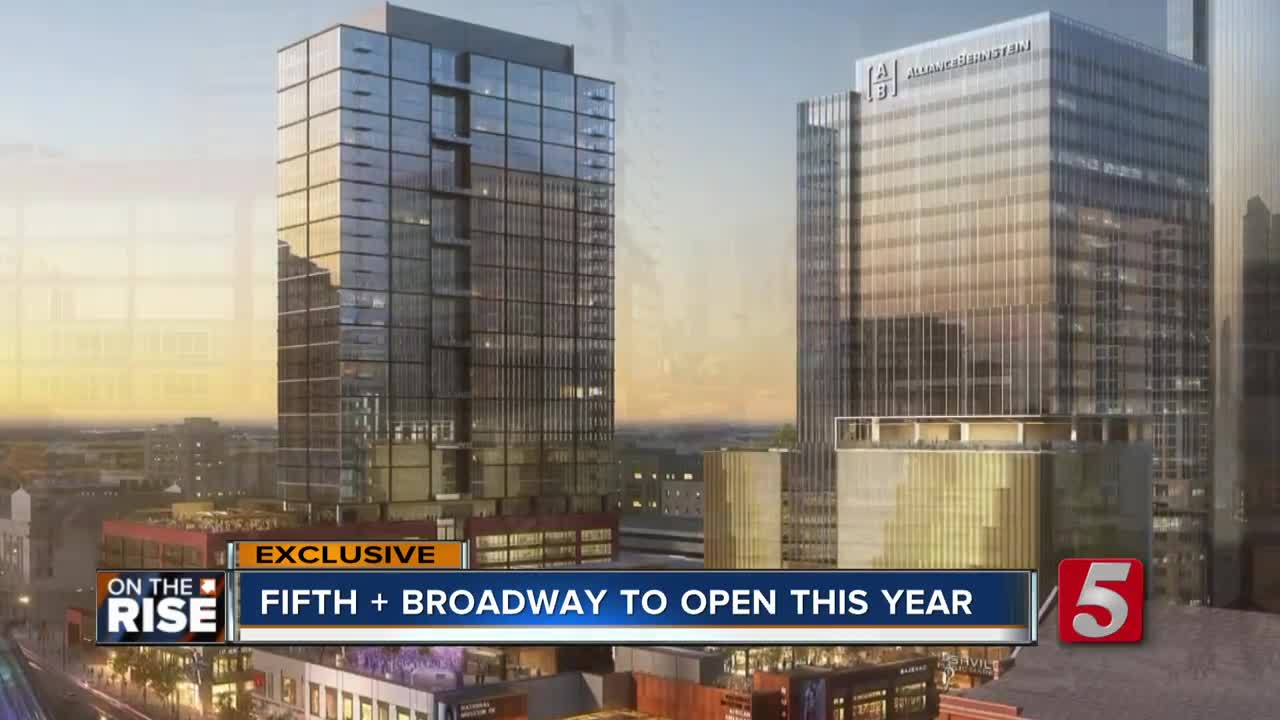 The Fifth + Broadway project celebrated another milestone on Wednesday with the topping out of the office tower that will house more than 1,200 AllianceBernstein employees as the company moves their headquarters from New York City to Nashville. 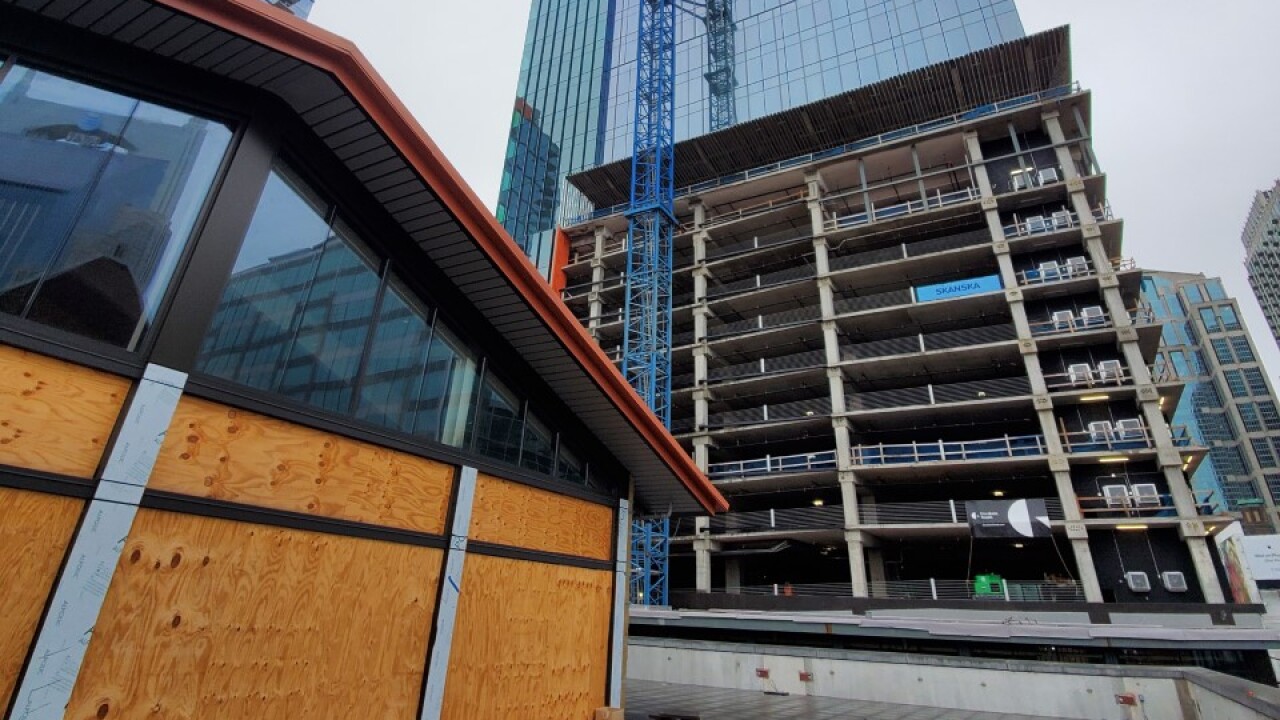 NASHVILLE, Tenn. (WTVF) — The Fifth + Broadway project celebrated another milestone on Wednesday with the topping out of the office tower that will house more than 1,200 AllianceBernstein employees as the company moves their headquarters from New York City to Nashville.

“Nashville is such a special place. I’m not sure that for people that are here that you always recognize how special Nashville is.” Jim Gingrich, COO of AllianceBernstein, said.

AllianceBernstein's offices will be housed in the top floors of the office tower, levels 17 to 24, and their logo will be displayed on the side of the tower.

The decision to move the company's headquarters was a big one, with the company being based in New York for more than 50 years.

"Moving a headquarters is not something that you want to do more than once," Gingrich said, adding that the company saw Nashville as the perfect fit. “What made us excited about Nashville was not just what Nashville has to offer today, but what is this city gonna be in 10 or 20 years.”

The Fifth + Broadway project along with projects like Nashville Yards give other companies a look at what Nashville can accommodate from a business perspective, and Gingrich doesn't expect the amount of companies opening offices and moving their HQs to Nashville to stop.

“Any company that is thinking about setting up an operation has to think about Nashville as a place they want to be," Gingrich said. "It’s a no-brainer.”

Coming in as an original tenant to the project, AllianceBernstein was able to work with developers to make their space unique and cater it directly to the work environment the company wants for its employees.

“It’s gonna be all open space, lots of collaboration spaces, the technology is going to be unbelievable, so we can’t wait to move in.” Gingrich said, adding that there will also be perks for employees. “We’ve got access to a gym, we’ve got access to meditation rooms, we’ll have fitness classes.”

And beyond the amenities in the office tower, the employees, and the general public, will have access to all that Fifth + Broadway has to offer.

“We see this as a natural extension of all the energy that you have with Lower Broadway.” Tom Miller, general manager of the Fifth + Broadway project with Brookfield Properties, said.

There will be restaurants, shops, areas for live music, a food hall featuring 23 different local eateries, and a wine bar.

“I know we had originally talked about a beer garden, but it’s actually going to be a wine bar," Miller said as he walked through the project.

There is an alley separating the office tower from the accommodations at Fifth + Broadway as well as the residential tower, which will feature nearly 400 apartments, from studio apartments to three-bedroom apartments.

In the alley, the public will be able to access restaurants, shops, and they'll have the opportunity to enjoy the street itself, which will including a giant screen that could potentially broadcast sporting events.

“Imagine if the Predators were in the playoffs and folks want to come over here and be a part of the action. It gives us a lot of opportunities to go out and activate this street out here," Miller said.

Fifth + Broadway will also house the National Museum of African American Music, which is expected to open in the summer.