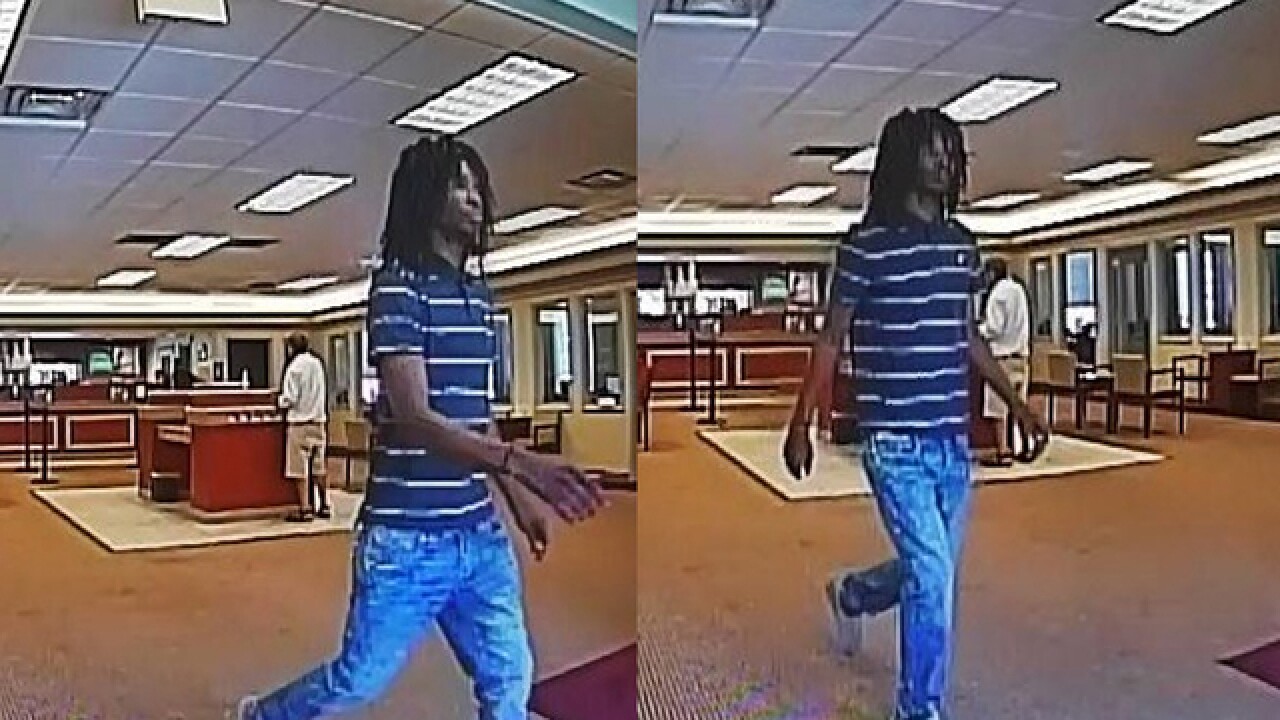 Officials with the Metro Nashville Police Department have been searching for a suspect after a local bank robbery.

The robbery happened at the Fifth Third Bank branch in the 1300 block of Bell Road around 2:30 p.m. Thursday.

Reports stated the man gave the teller a note demanding $100 bills and $50 bills.

No weapon was seen. He fled on foot from the scene.

Authorities said the suspect appeared to be in his late teens or early 20s.

Anyone with information has been urged to call Crime Stoppers at 615-742-7463. The robbery is also being investigated by the Federal Bureau of Investigation.