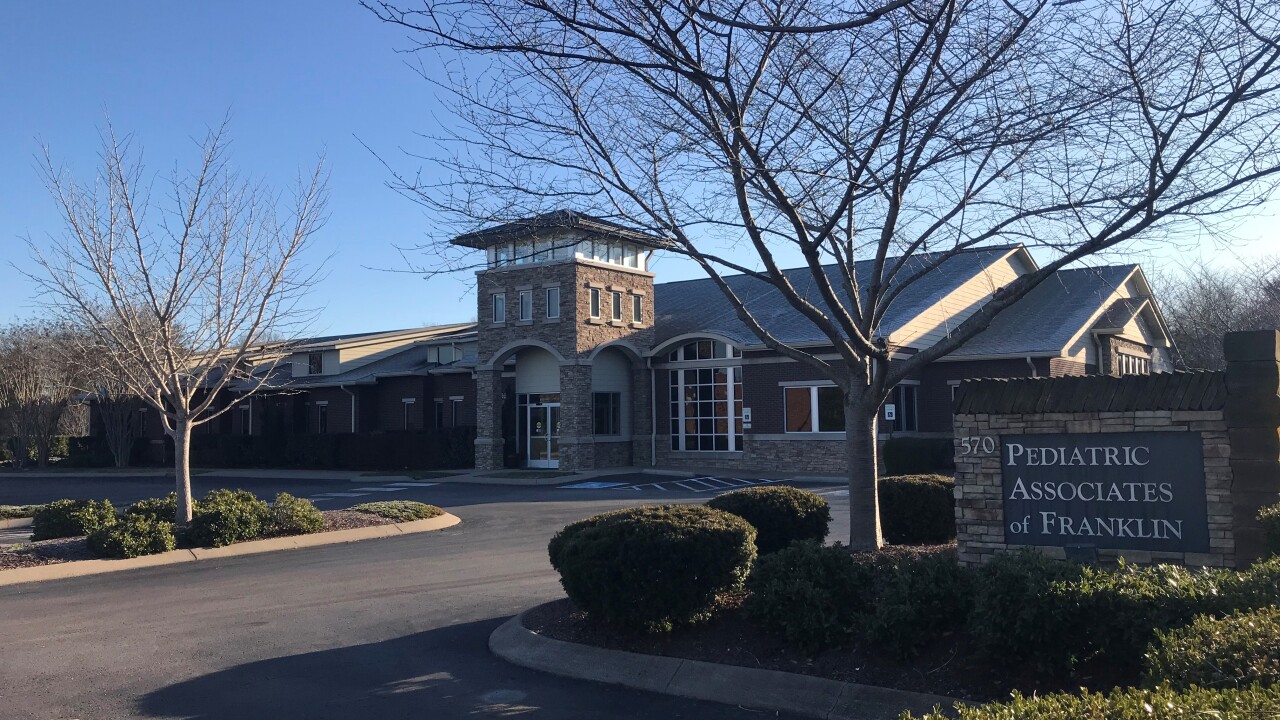 FRANKLIN, Tenn. (WTVF) — A fire broke out at an unoccupied pediatric clinic in Franklin just before 9 p.m. Friday. The flames were extinguished by the building's automatic sprinkler system.

When the sprinkler system was triggered, the fire alarms sounded, dispatching the Franklin Fire Department to the location. Those crews arrived at Pediatric Associates of Franklin - located at 570 Baker's Bridge Avenue - and found light smoke and one active sprinkler. The sprinkler had extinguished a fire in a patient examination room before firefighters made it there.

Franklin fire investigators said the damage was limited to the room where the small blaze began.

Damage to the building is estimated to be less than $10,000. No interruption of business or care is expected for the practice.