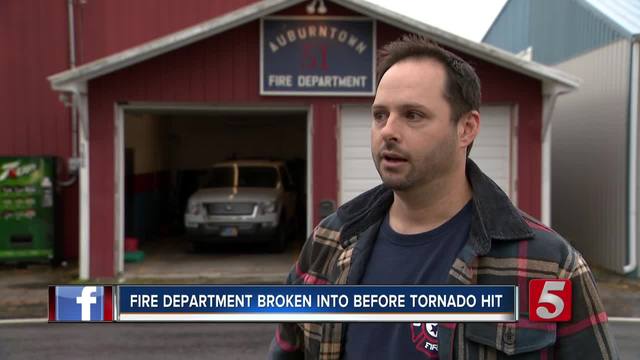 As tornadoes tore through parts of Middle Tennessee Monday night into Tuesday morning, numerous first responders headed out to survey storm damage and help those impacted, once the threat passed. 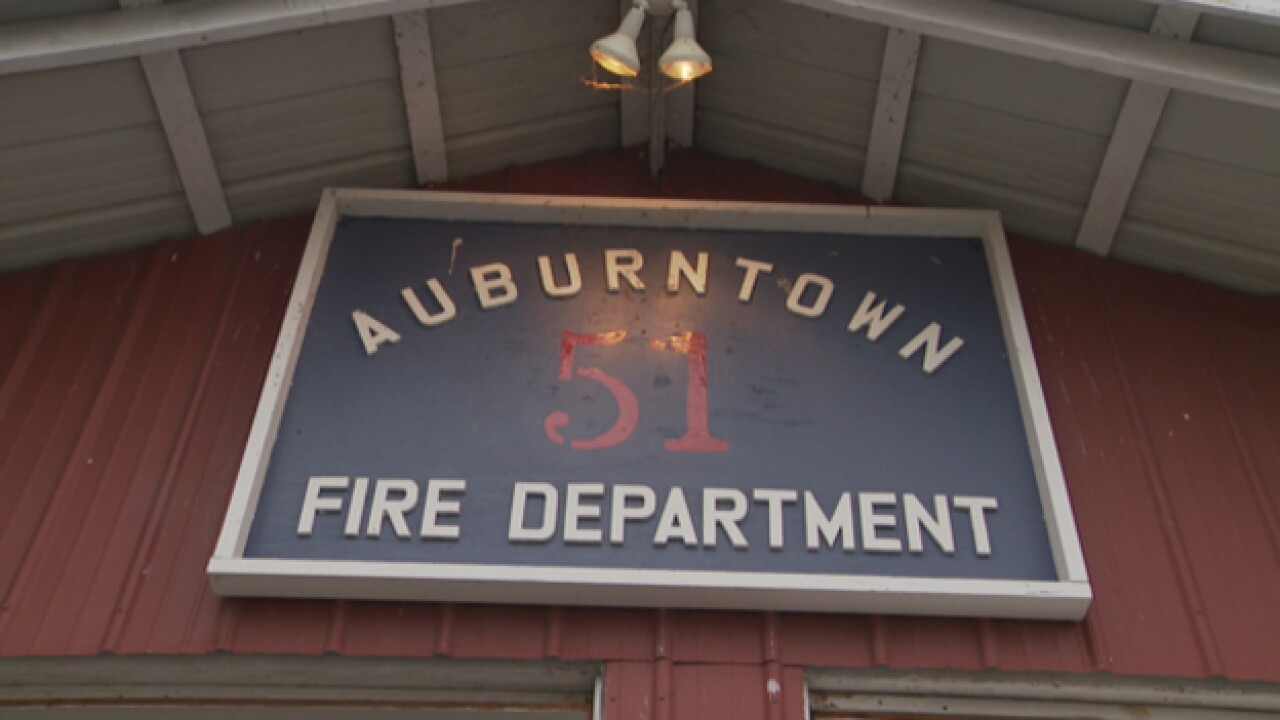 As tornadoes tore through parts of Middle Tennessee Monday night into Tuesday morning, numerous first responders headed out to survey storm damage and help those impacted, once the threat passed.

“It actually was 2 miles from my house where the tornado came through," Shaphan Sylvester, assistant fire chief in Auburntown, said. "Told my wife, hey, time to get in the safe spot, so we packed the kids in the bathroom closet and hunkered down until things were cleared out.”

Once the tornado passed through, volunteers with the department headed to their building to grab their gear.

“Fire chief came down to the department to pick up the first responder and that’s when he noticed that the glass broken out and it was broken into," Sylvester said.

The department had been broken into sometime before the tornado hit the town. While the person or people did not steal anything major, they did steal tools that are extremely important to the fire department, such as a cell phone.

“We use that a lot when we can’t get out on our radios to reach dispatch, communicate with them what’s happening, especially on medical emergencies and things like that," Sylvester said.

The burglar also stole flashlights from the department, which they weren't aware of until they arrived at the tornado damaged areas. They were forced to use their personal flashlights, and many had to use the lights on their cell phones.

“It’s disappointing that somebody would come in, and when we’re out trying to help support and take the community, they come in and feel like they can just take advantage of us," Sylvester said.

The department hopes someone comes forward with information about the break-in so they can get their gear back, but more than anything, they want the community to come together to let everyone know that this isn't what they do in their community. They support each other, they don't steal from each other.

The fire department is holding a fundraiser this weekend, and they hope with the money raised they can replace the gear that was stolen, and purchase other gear that is necessary to their service.

Anyone with information about the crime is encourage to reach out to the fire department, or the Cannon County Sheriff's Department.