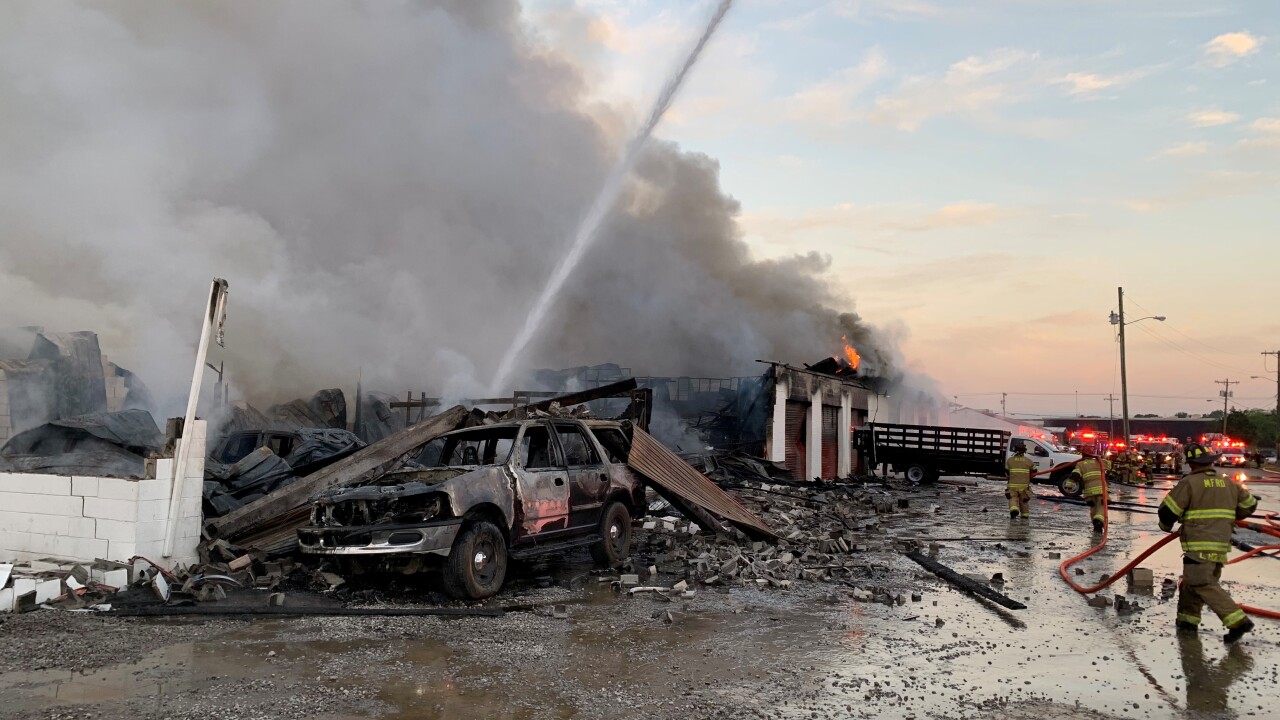 Firefighters were called to Ideal Storage on Seals Way around 4:30 a.m. Heavy smoke was coming from the building when they arrived. Fire crews began extinguishing the fire using several Ladder trucks and an aggressive exterior attack by firefighters on the ground.

Officials say two firefighters were pinned under a cinder block wall after it collapsed. The Ladder 1 Captain and crew members along with a Murfreesboro Police officer pulled the firefighters from the debris. One of the firefighters suffered minor injuries in the collapse.

Officials say the fire was contained to one building, destroying each storage unit inside. Several vehicles parked near the building were also damaged.

The cause of the fire is under investigation by the MFRD Fire Marshal’s office.