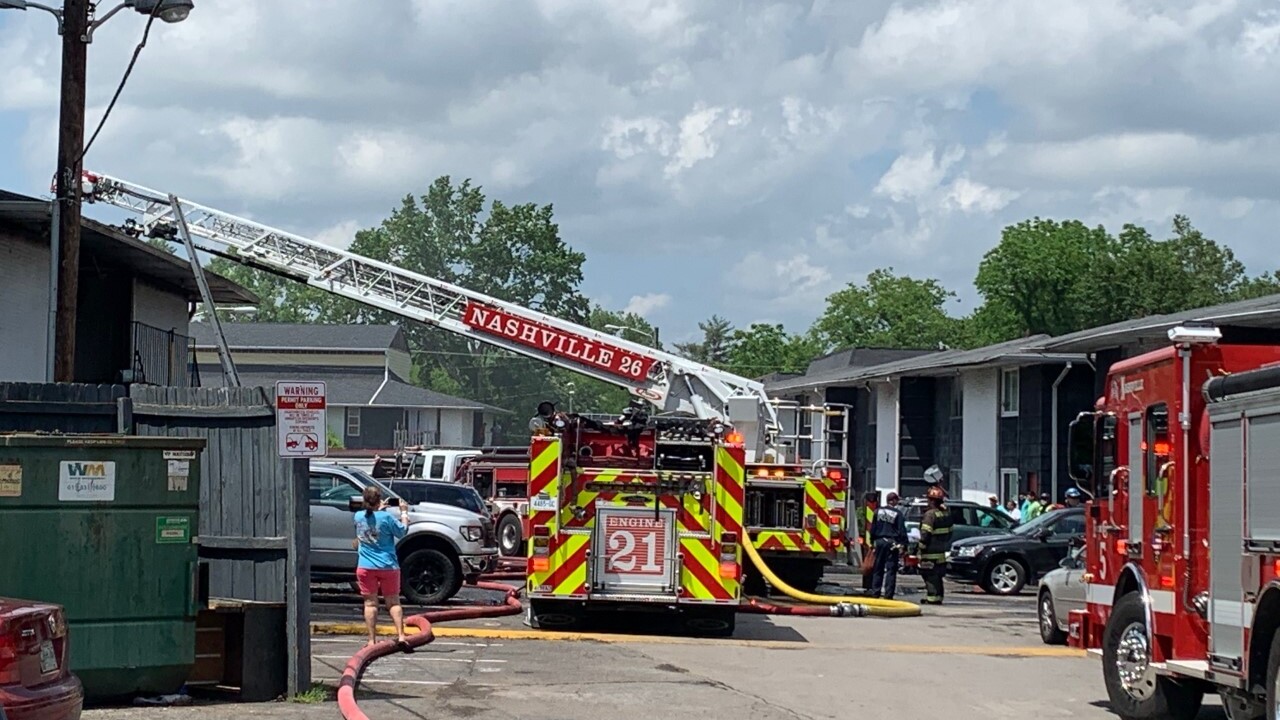 NASHVILLE, Tenn. (WTVF) — Nashville fire crews say no residents were injured when a two-alarm blaze broke out at a South Nashville condo complex. One firefighter had to be taken to an area hospital for evaluation.

The Nashville Fire Department says the firefighter was not injured in the fire. The call came in around 1 p.m. Saturday at 320 Welch Road, located off Nolensville Pike.

When firefighters got there, they realized the building’s HVAC units were on the roof. They pulled everyone out of the complex to fight the blaze from the outside, due to the threat of the roof collapsing.

UPDATE: We have contained the fire to one building. We are now knocking down hotspots in the impacted building. pic.twitter.com/M6UyqUfqX7

Crews kept the fire contained to one building, which has eight units.

The cause of the fire remains unknown, but officials say they believe it started on the roof.

It’s unclear how many have been displaced.