A small group gathered in downtown Nashville to rally for social change. Huddled near the Historic Metro Courthouse steps, organizers with The Stand Movement spoke about taking a stand against injustice and inequality. 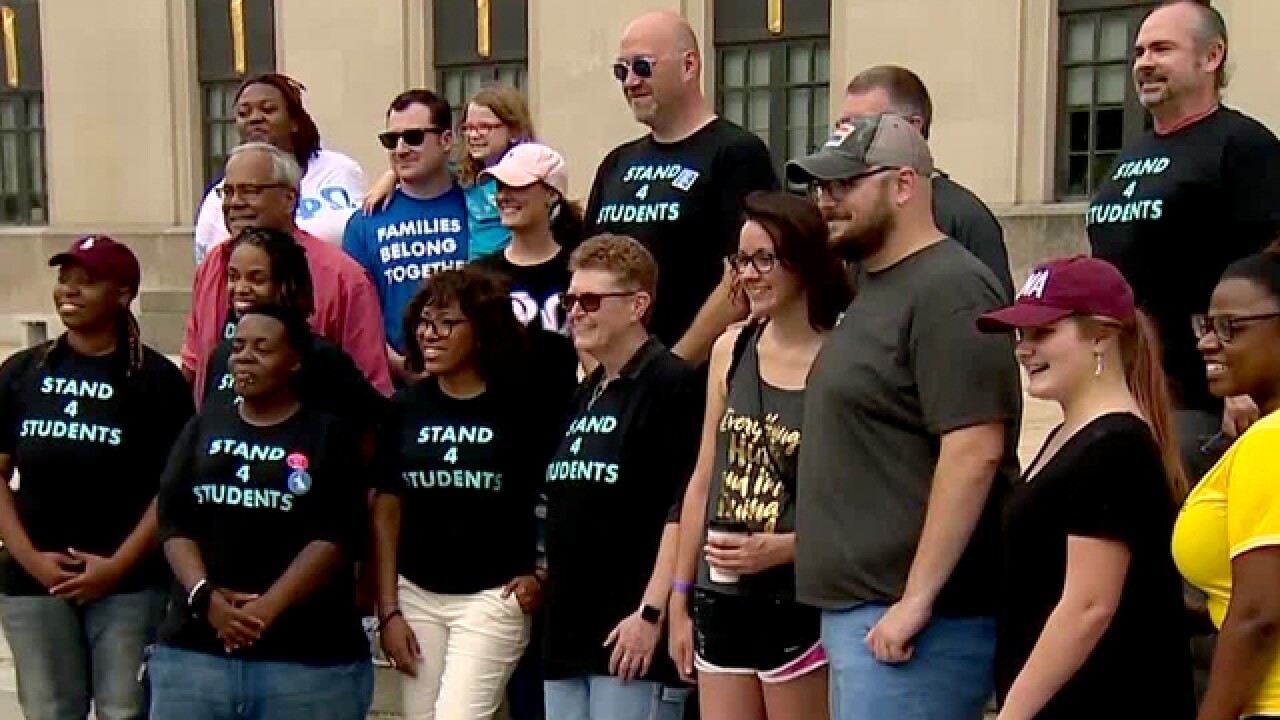 A small group gathered in downtown Nashville to rally for social change.

Huddled near the Historic Metro Courthouse steps, organizers with The Stand Movement spoke about taking a stand against injustice and inequality.

Rhone started the non-profit The Stand Movement after the Waffle House shooting. She said she supports gun rights but said she’s advocating for more mental health research and hopes others will, too.

"After that happened, it was really scary. We all think we are hear about it happening all over the country, but when it hits in your neighborhood, it really hits home," she said.

She said she wants her non-profit to be a resource for marginalized groups of people. It's also an organization where community leaders can help those in need.

Gun violence hit close to home for Erika Lathon. The former TV reporter was shot during an ATM robbery in 2012. After years of covering shootings, the tables turned.

"I’m sort of standing and speaking for all the victims who don’t have a voice, who didn’t survive, who weren’t as fortunate as I was," Lathon said.​​​​​​​

"I want them to know that it’s okay to reach out, it’s okay to say that I’m not okay, I’m not the same, and different. I am hurting, and I need some help," she said.

The non-profit hopes others will support its cause and stand up for making a difference in the community.