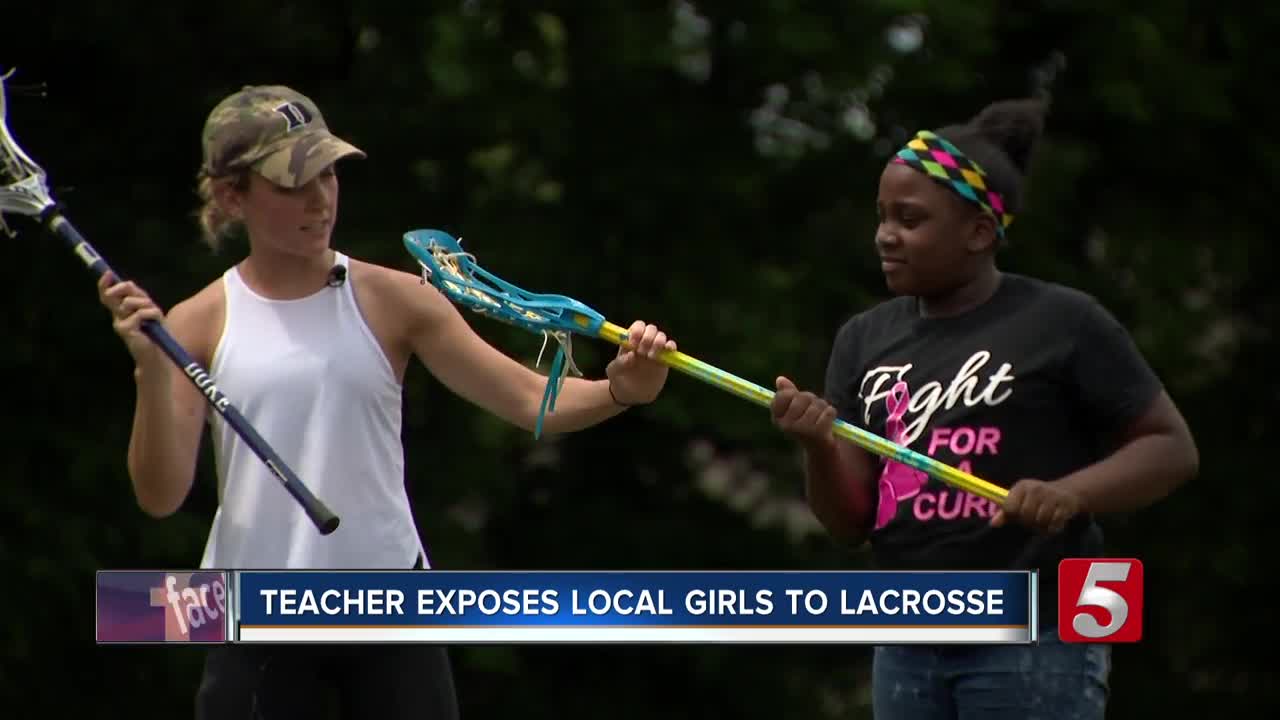 On an early Saturday morning in June, Callie Francis teaches girls how to cradle a lacrosse ball in their tiny hands. 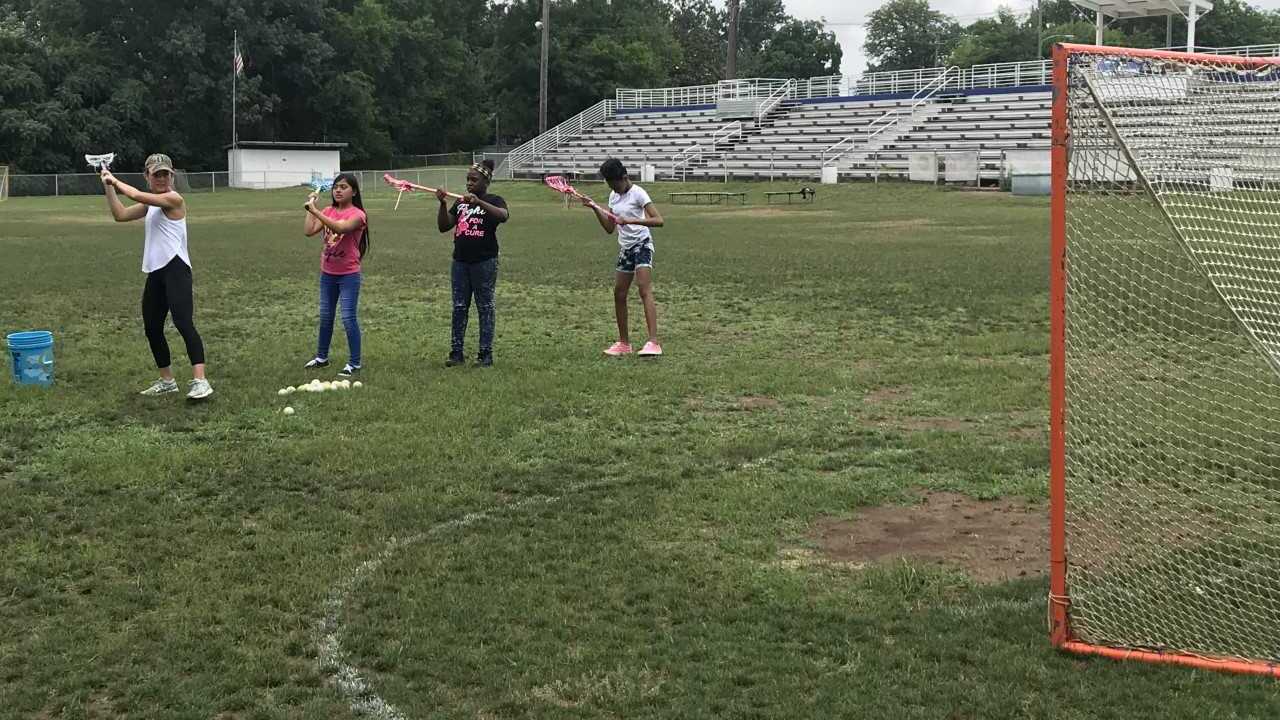 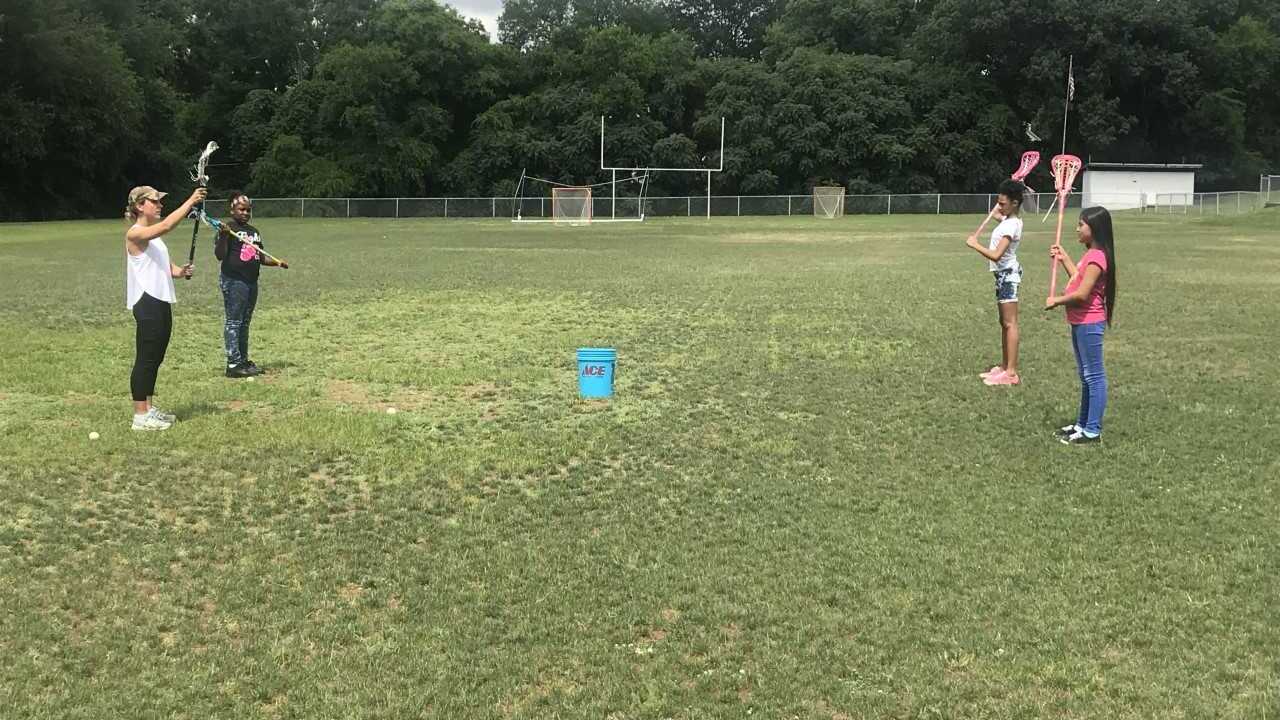 NASHVILLE, Tenn. (WTVF) — On an early Saturday morning in June, Callie Francis teaches girls how to cradle a lacrosse ball in their tiny hands.

"Keep it in your right hand, you're a rightie?" she smiled.

Francis moved to Nashville two years ago as a Teach For America instructor in the North Nashville school district. The former college athlete teaches the sport outside the classroom although she knows many of her students have never heard about the sport.

"I just really want the kids to have the opportunity to play and to bring them to places that it was able to bring me. Once I kind of realized that it would be able to take me places that I otherwise wouldn't be able to go I just got a whole new perspective on where it can take me. So I played at high school and Duke for four years and just always had a passion for it," Francis said.

Francis said she wanted to expose her young students to the sport and encourages them to dream big beyond the inner city streets. When she was in high school, she said she focused more on her academics when she realized college recruits were interested in her.

"When they are exposed to athletics, college lacrosse, and they see where it can take them I'm hoping it can light a fire in them academically too," she said.

Taliah Sweeney, 12, said she and her teacher have become closer due to the sport.

"It's a real different sport and not that many people play it. I didn't even know what the game was. She helps me to understand what the game is and how it's a special sport to me and her," Sweeney said.

Marquinta Sullivan, 10, said she decided to learn the sport because it keeps her out of trouble.

"Because it's fun, you learn teamwork, hard work and from getting out of trouble," Sullivan said.

Brenda Gomez, 11, said she hopes some of her friends want to learn the sport too. "It was hard when I couldn't catch it but now my first time I catch it

Francis started a GoFundMe account to grow the sport of lacrosse in Nashville and raise money for equipment and a goal for the girls to play with in their neighborhood.

She said she hopes to grow the lacrosse team and have her students many who are underprivileged play in tournaments. She's asking the community for support.

"Altogether, it's going to be a couple of hundred dollars for a kid to just to have basic equipment and then entering tournaments. Uniforms all of that just adds extra expenses," the New Jersey native said.

"I would have never had ended up at Duke and I probably wouldn't even be here today if it wasn't for lacrosse. It's changed the course of my life in the best way and I just want the best for them," she said.