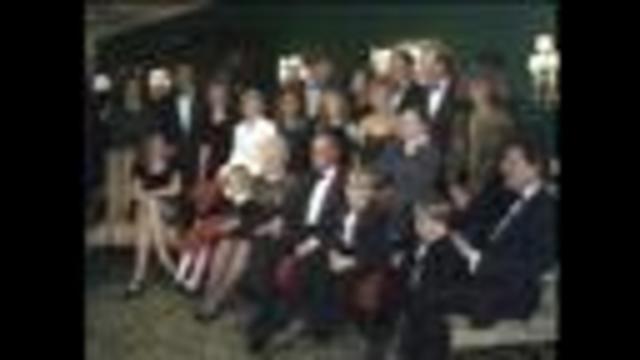 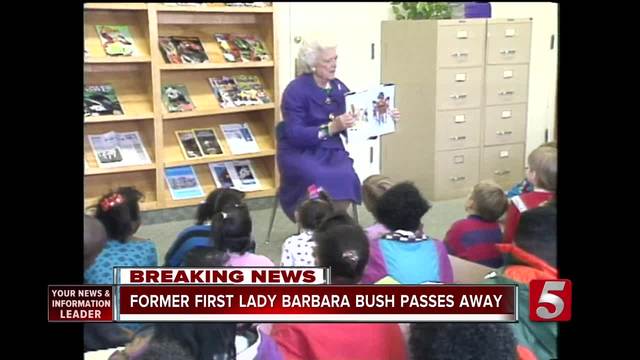 A statement was released by the office of George H. W. Bush that former First Lady Bush passed away at age 92.

She died Tuesday and is survived by her husband of 73 years, President George H. W. Bush, five children, their spouses, 17 grandchildren and seven great grandchildren, as well as her brother Scott Pierce.

"My dear mother has passed on at age 92. Laura, Barbara, Jenna and I are sad, but our souls are settled because we know hers was. Barbara Bush was a fabulous First Lady and a woman unlike any other who brought levity, love, and literacy to millions. To us, she was so much more. Mom kept us on our toes and kept us laughing until the end. I'm a lucky man that Barbara Bus was my mother. Our family will miss her dearly, and we thank you all for your prayers and good wishes."

Bush had decided not to seek additional medical treatment and instead sought comfort care at home. The statement said the official funeral schedule will be announced "as soon as is practical."

President Donald Trump released the following statement in response to her death.

"President Donald J. Trump and First Lady Melania Trump join the Nation in celebrating the life of Barbara Bush. As a wife, mother, grandmother, military spouse, and former First Lady, Mrs. Bush was an advocate of the American family. Amongst her greatest achievements was recognizing the importance of literacy as a fundamental family value that requires nurturing and protection. She will be long remembered for her strong devotion to country and family, both of which she served unfailingly well. The President and First Lady's thoughts and prayers are with the family and friends of Mrs. Bush."

Former President Bill Clinton tweeted out the statement below:

Barbara Bush was a remarkable woman. She had grit & grace, brains & beauty. She was fierce & feisty in support of her family & friends, her country & her causes. She showed us what an honest, vibrant, full life looks like. Hillary and I mourn her passing and bless her memory.

“Today our country lost a bright, caring, independent lady, and Honey and I lost a good friend. Barbara Bush set a wonderful example as wife, mom, First Lady and advocate for family literacy. We express to the Bush family our deepest sympathy and respect for her life." - Lamar Alexander

Rest In Peace, Barbara Bush. Your life was a blessing to every American. Thank you for your service, your leadership and your perseverence. Our thoughts, prayers and wishes are with the Bush family. Barbara Bush was truly one of a kind. - Marsha Blackburn