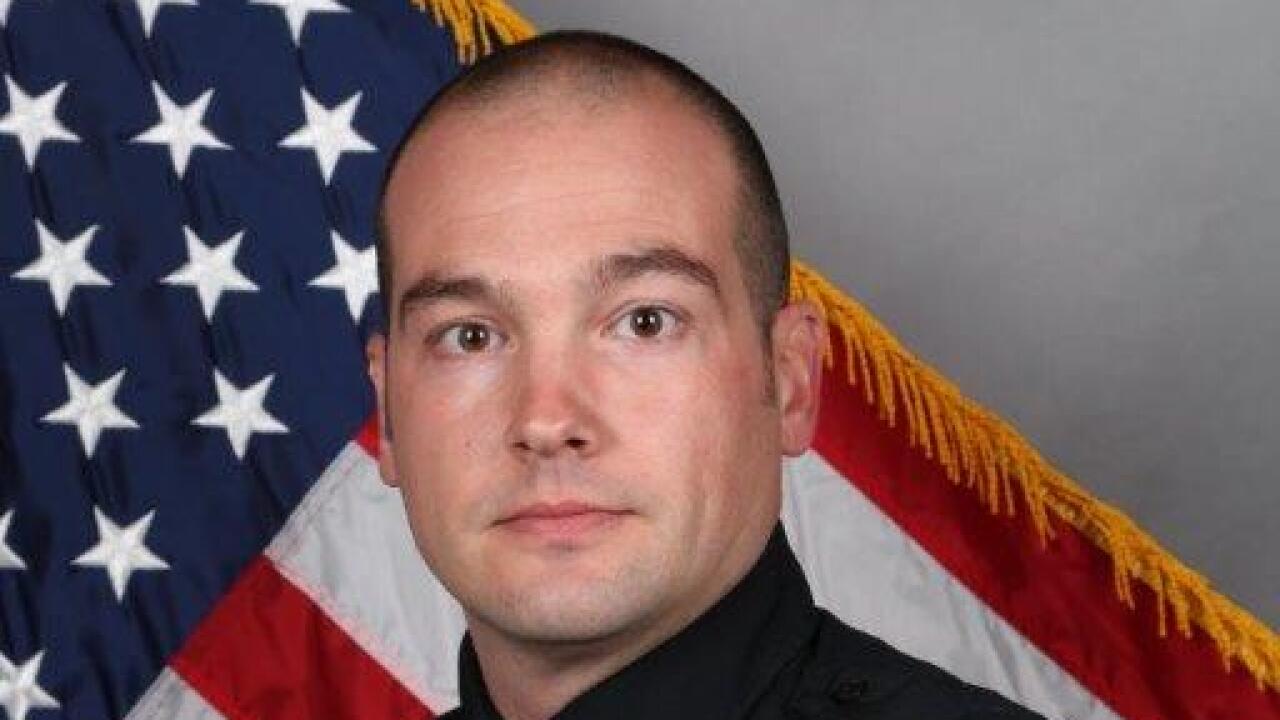 Hayes was awarded with the 2019 Theodore Roosevelt Police Award.

Back in 2016 he shattered his leg during a police chase and was unable to return to active duty.

Hayes was a 9-year MNPD officer at the time of the chase. He was working to arrest a criminal suspect who had ran away from him through an alleyway. Hayes tried cut him off by jumping a fence, but when he landed, he shattered his tibia in multiple places, tore all but one ligament in his knee and dislocated his patella.

Doctors at Vanderbilt University Medical Center told Hayes it was one of the most severe leg fractures they had seen. Adding to the pressure was the fact that he had just found out his wife was pregnant. Hayes spent several months in and out of the hospital, underwent seven surgeries and had more than 100 visits to a physical therapist.

Despite the medical care and rehabilitation, the devastating leg injury would not allow Hayes to continue his career as a police officer. Rather than continue to receive a disability pension, he rejoined the department on August 1, 2019, as a full-time civilian employee in the Special Events Unit of the Custom Services Division, where he schedules officers for the city’s many special events and assists in developing traffic and security plans for those events.

“While we all share Eric’s great disappointment in seeing his dream of being a career police officer suddenly end, I am delighted that he continues to serve Nashville and this police department with his special knowledge of law enforcement,” Chief Steve Anderson said. “His planning work is essential to the safety of Nashville’s families and our visitors.”

Along with a medal, Hayes will also receive a one thousand dollar cash award for his service to the city.