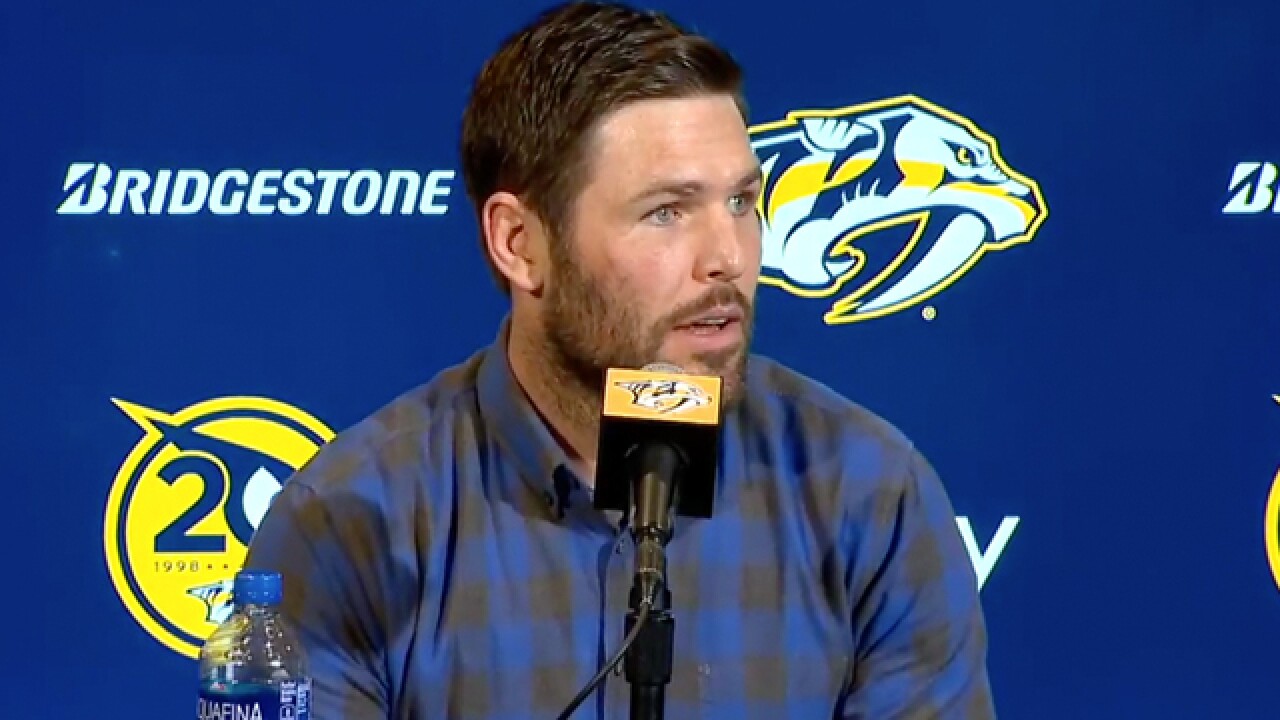 Fisher, who’s married to country singer Carrie Underwood, made the announcement via his Instagram story.

Fisher, one of the most recognizable players in Predators' franchise history, played 17 seasons with the Predators and Senators.

He helped lead the Preds to their first ever Stanley Cup Final appearance.