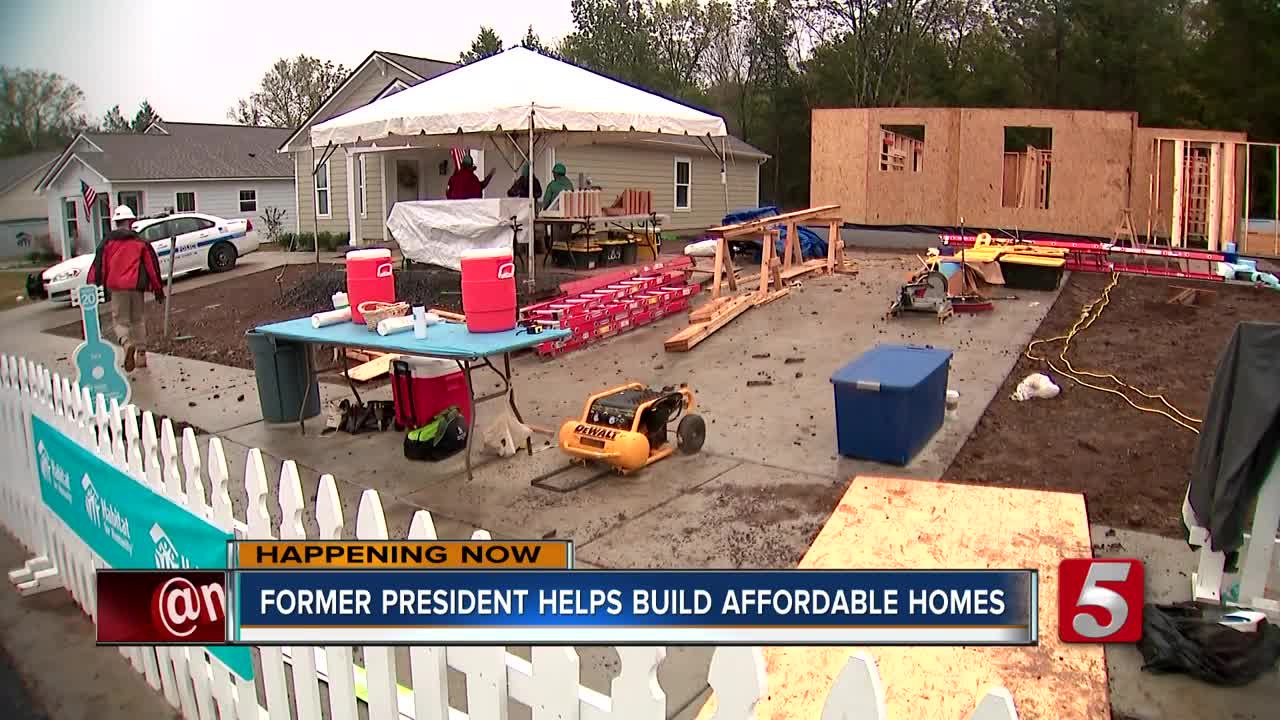 Former President Jimmy Carter made the trip to Nashville, despite falling Sunday at his home. 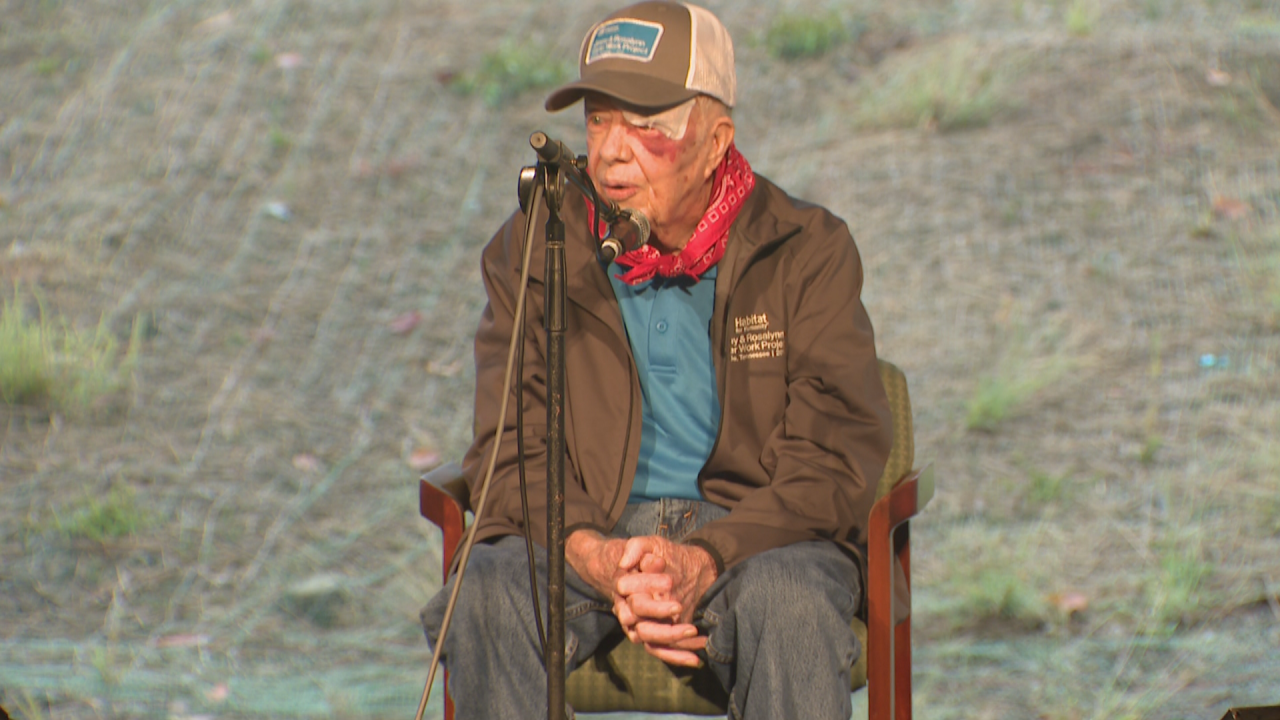 Carter and led morning devotions for workers and then help out on construction sites. The Carters have helped build more than 4,000 homes in 14 countries since the 1980s.

Garth Brooks and Trisha Yearwood are among hundreds of volunteers building 21 new affordable homes in Nashville this week. Tara Morgan is thankful for programs like Habitat for Humanity, which will make it possible to have a home of her own.

Despite hurting himself at his Georgia home, longest living former U.S. president Jimmy Carter and his wife came to be a part of the event as he stressed importance of affordable housing. Last time he was here was 2016. He was joined by @trishayearwood and @garthbrooks. @NC5 pic.twitter.com/7rdRv1gW7l

"When I got that call saying that they wanted me to be the family that President Carter and First Lady Carter works on I couldn't believe it," she said. "I think I screamed and I couldn't stop smiling and my answer was 'yes, yes, yes absolutely yes.' It was such an honor.

Carter still made the trip, despite falling Sunday at his home. He and former First Lady, Rosalynn, appeared at the Ryman Sunday night, saying he needed 14 stitches and ended up with a black eye.

He turned 95 last week, becoming the first U.S. president to reach that milestone. Carter, the 39th president, survived a cancer diagnosis in 2015 and surpassed George H.W. Bush as the longest-lived U.S. president in history this spring. He's had some trouble walking after a hip replacement in May, but regularly teaches Sunday School.