Webster was accused of sexual misconduct in 2017 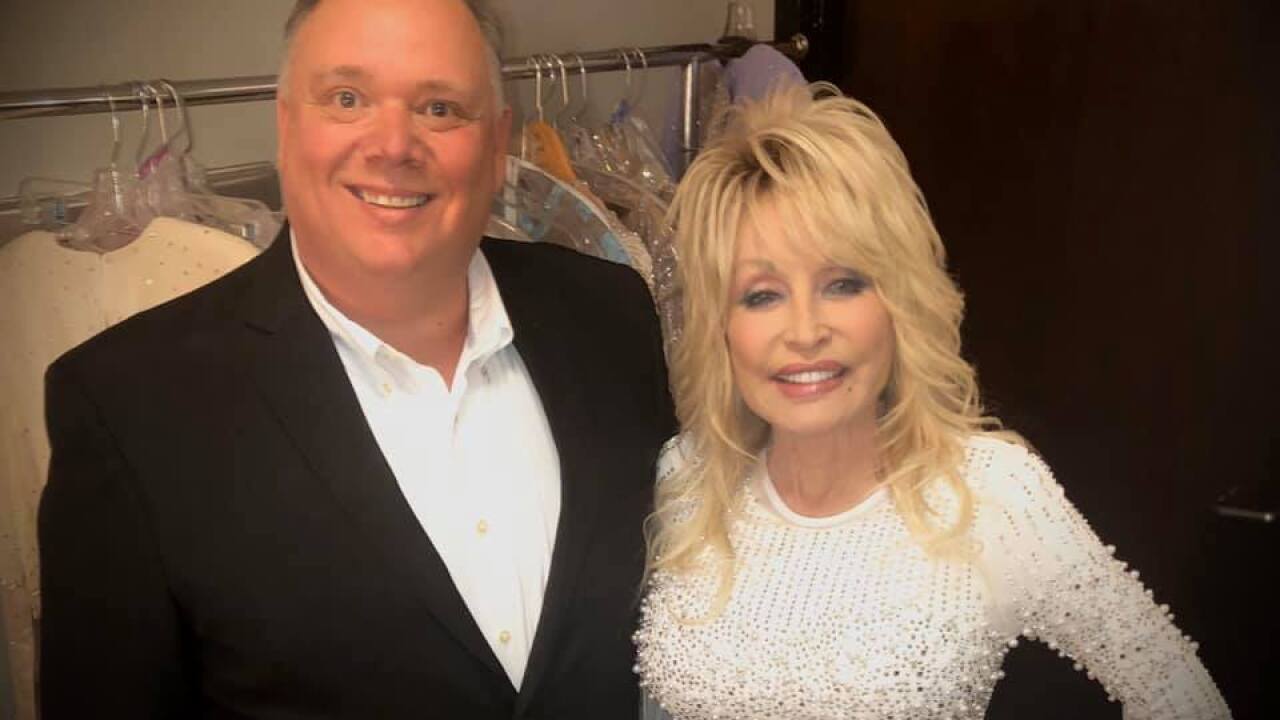 NASHVILLE, Tenn. (WTVF) — Kirt Webster, Dolly Parton's former publicist who was accused of numerous incidents of sexual misconduct leading him to shut down his PR firm "Webster PR", was backstage at the 53rd CMA Awards on Wednesday night where he took photos with numerous artists, including Dolly Parton, his former client.

Webster was known as one of the most powerful publicists in Nashville, representing Country Music Hall of Fame members and other well-known acts, but has largely been out of the spotlight since the allegations arose in 2017.

The photo with Dolly backstage had many stunned due to the fact that Webster had been accused of exchanging meet and greets with Parton in exchange for sexual favors from Parton's fans.

Parton's only time addressing the topic was on twitter, where she posted “I've worked with Kirt Webster for many years and he has done a wonderful job. I am hoping that the accusations are not true.” Parton moved on from Webster, using her publicist from her record label before picking up a new publicist in early 2019.

NewsChannel 5 reached out to Parton's publicist about the photo, but has yet to hear back.

Webster provided the following statement to NewsChannel 5 regarding the photo: “I attended the CMA awards as a guest of Janie Fricke for whom I have worked with for nearly 25 years. I received an overwhelming positive response from members of the country music community. There were people that didn’t like me before and there will be people that don’t like me now. Life goes on and all we can do is move forward. I do not represent Dolly Parton, but after working with someone for 10 years, we still remain friends. It was great to see her and so many friends last night."

Webster also confirmed that he is once again working in the industry, saying, "I am back working with several artists on a variety of projects and will continue to do so. I didn’t realize someone returning to work was such a news story, but I will take it.”

According to Webster's website, he is managing both Don McLean and Janie Fricke, who are both represented from the publicity side by Jeremy Westby of 2911 Media.

Westby also represents Crystal Gayle, who Webster took a photo with backstage at the CMA Awards as well as Parton and Fricke.

Westby was a former associate of Webster and defended Webster in the wake of his sexual misconduct allegations.

Dolly Parton's sister, Stella Parton, took to Facebook to voice her displeasure in seeing the photos Webster had posted.

“These predators feel entitled to do the horrific things they do and even super stars like my sister, Billy Ray Cyrus, Tanya Tucker and others that he represented won’t say a word," Stella Parton said. “It is a shame on the artists who stay silent and the CMAs for condoning this man’s perverted acts. My sister’s management is just as complicit in this scandal.”

This is a developing story and will be updated as we receive new information.