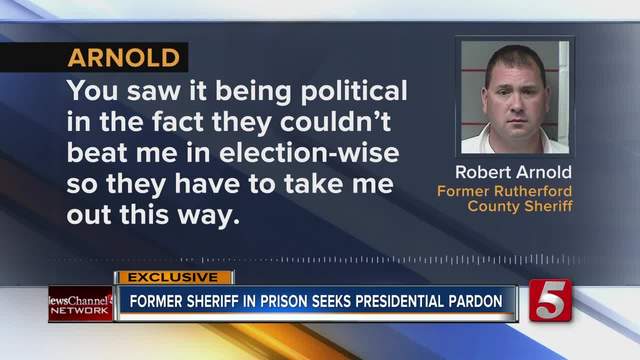 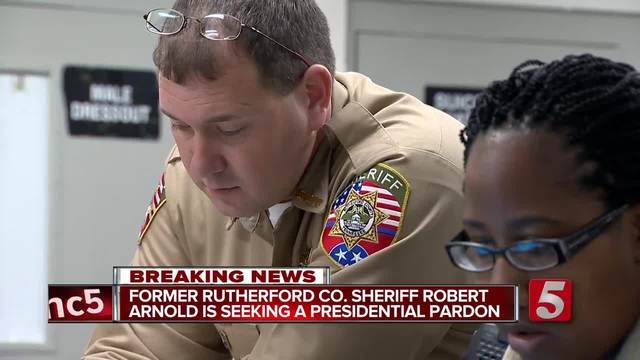 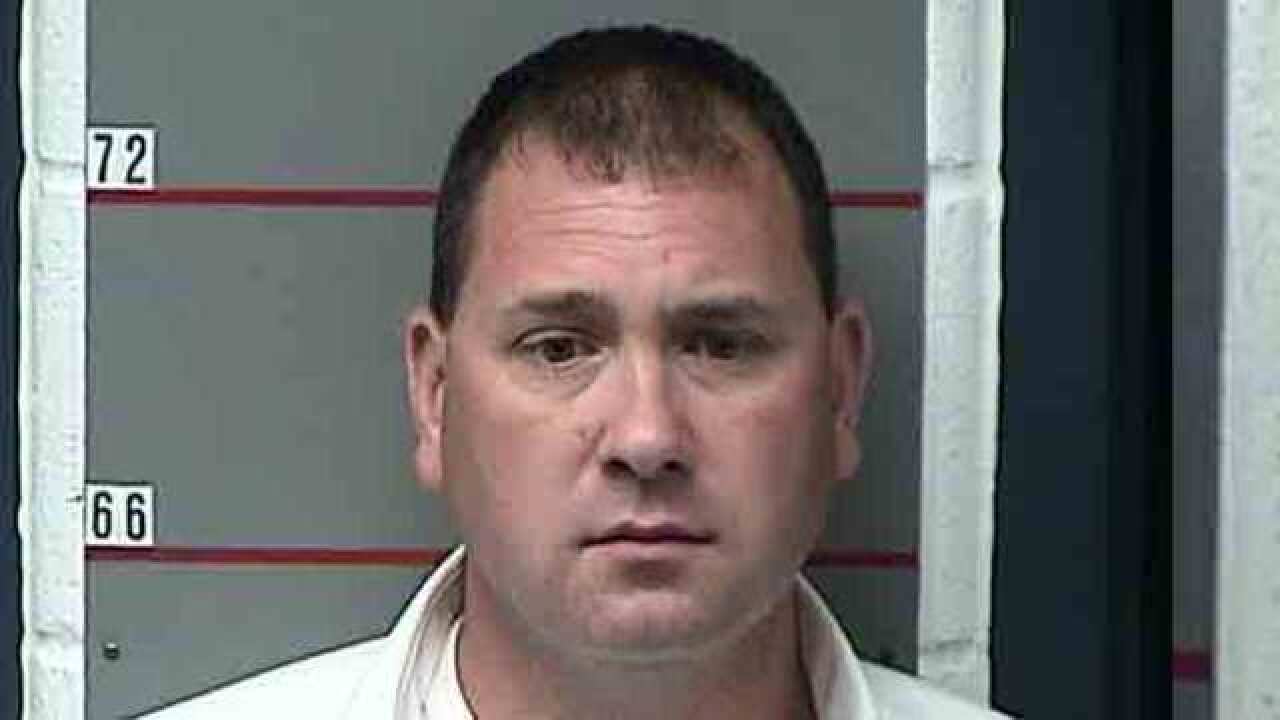 He's serving time in the so-called "Club Fed." It's a place convicts want to go. However, now disgraced, former Rutherford County Sheriff Robert Arnold wants out of federal prison, and he'd like to have his record wiped clean.

In an exclusive interview, Arnold said he's formally reached out to President Donald Trump and is hoping for a pardon. Many wonder: could this really happen?

Arnold insists he is indeed seeking a presidential pardon, and he hopes to become the second former sheriff to receive one, after Arizona's Joe Arpaio.

"Yeah, that gave me hope on the whole situation. That's where I started thinking about it," said Arnold from the federal prison camp near the Maxwell Air Force base in Montgomery, Alabama.

With landscaping and groomed lawns, the so-called "Club Fed" once ranked as the third cushiest in the country. It could pass for a fancy apartment complex.

Arnold was sent there after pleading guilty in 2017 to wire fraud and extortion linked to the illegal sale of electronic cigarettes in the Rutherford County Jail.

"This is all politics. I'm a political prisoner," said Arnold.

If you thought the former sheriff might now feel some remorse for his actions, think again.

He believes he did nothing wrong and said he was unfairly targeted by opponents after he was re-elected sheriff in 2014.

"You saw it being political in the fact they couldn't beat me out election-wise, so they have to take me out this way," said Arnold.

He is about halfway through serving a four-year sentence, but now seeks a pardon. He wrote a letter to President Trump.

It reads in part:

"Mr. President.  PLEASE -- look into my case. I believe you will find I did not do anything illegal ... I hope you will see, believe, and agree that I am not the villain of this story, but a victim ... who deserves the head-start on getting his life back ... Please pardon me."

Those who have heard of the pardon request were a bit taken aback.

"I hadn't heard that... I'm a little surprised by that, but I guess that will be between him and the president," said Rutherford County District Attorney Jennings Jones.

He, like others, finds the pardon request hard to believe, but knows Arnold is entitled to ask.

But with potentially hundreds of pardon requests submitted to the President, Todd said Arnold's chances are slim.

"I think it's an extreme longshot. The percentage is probably less than one percent," said Todd.

Arnold sent the letter requesting the pardon in June, but he has yet to hear anything from the White House.

Whatever happens, he may still be getting out of prison sooner than expected. He'll qualify for early release to a half-way house by early next year. So far, Arnold has served about 20 months of his four year sentence.

If he is released from the Alabama prison next May, Arnold said he plans to return to Middle Tennessee.