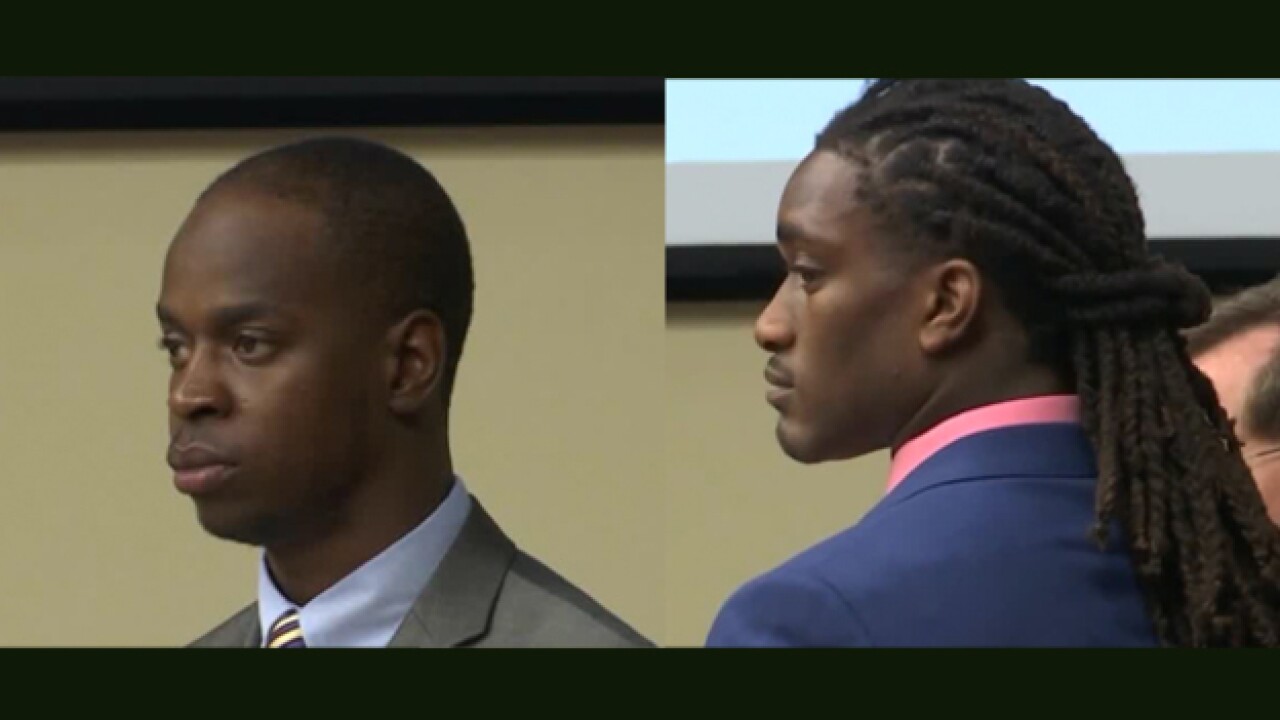 Jurors have acquitted two former University of Tennessee football players who were indicted on aggravated rape charges nearly three and a half years ago.

The jury of seven women and five men deliberated Friday for almost 1 1/2 hours before finding A.J. Johnson and Michael Williams not guilty.

A woman had testified that both men raped her at Johnson's apartment in the early morning hours of Nov. 16, 2014, after a Tennessee football victory over Kentucky. Johnson was a star linebacker and Williams was a defensive back for Tennessee at the time.

Both men were suspended from the team less than 48 hours later and never played for Tennessee again. They were indicted in February 2015.

Johnson embraced his friends and relatives immediately after the verdict was announced. Williams hugged his lawyer.