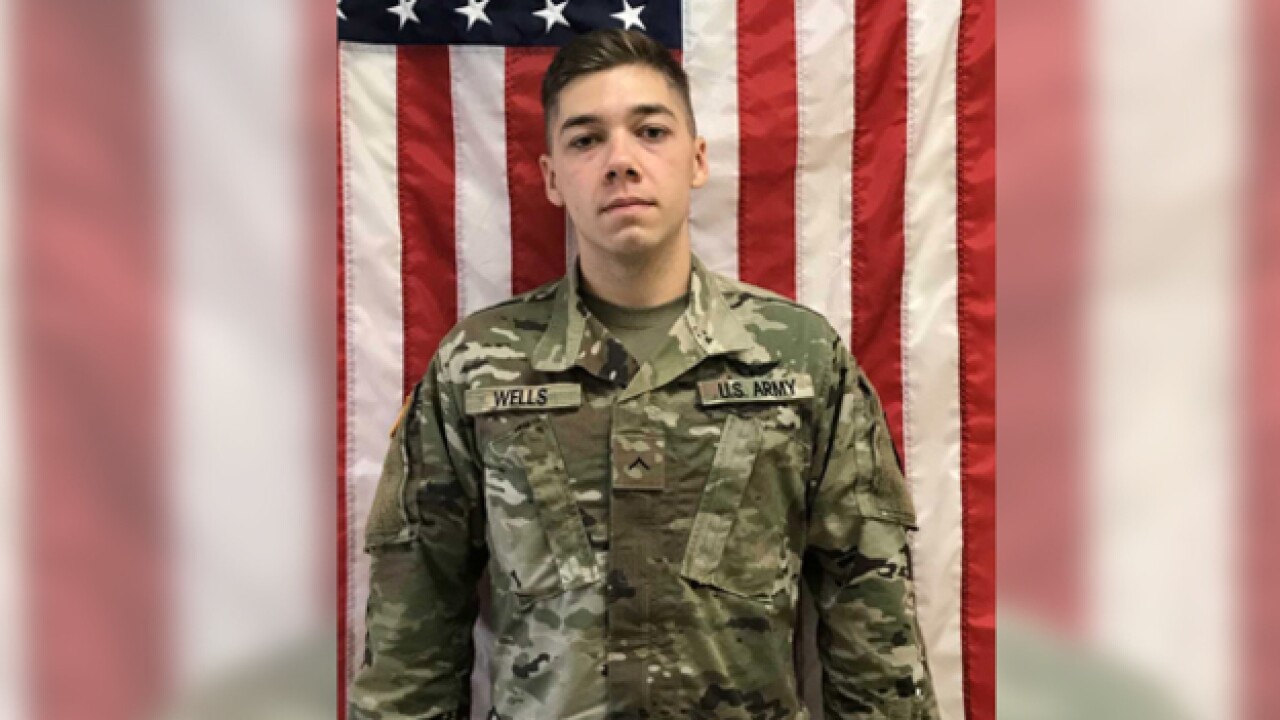 A 101st Airborne Division Soldier was killed in as a result of a training accident on Fort Campbell.

According to officials, it happened around 2 p.m. Wednesday Aug. 1.

He joined the Army in 2017, and completed training at Fort Jackson, South Carolina and Fort Eustis, Virginia before arriving to Fort Campbell in 2018. His decorations include: National Defense Service Medal, Global War on Terrorism Medal, Army Service Ribbon and Basic Aviation Badge. He was posthumously awarded the Army Commendation Medal and the Army Good Conduct Medal.

At the time of the incident Wells was conducting weapons training at a small-arms range on Fort Campbell. He was treated immediately and medically evacuated to Blanchfield Army Community Hospital on Fort Campbell where he died of his wounds. No other Soldiers were injured.

The cause of the incident is under investigation.