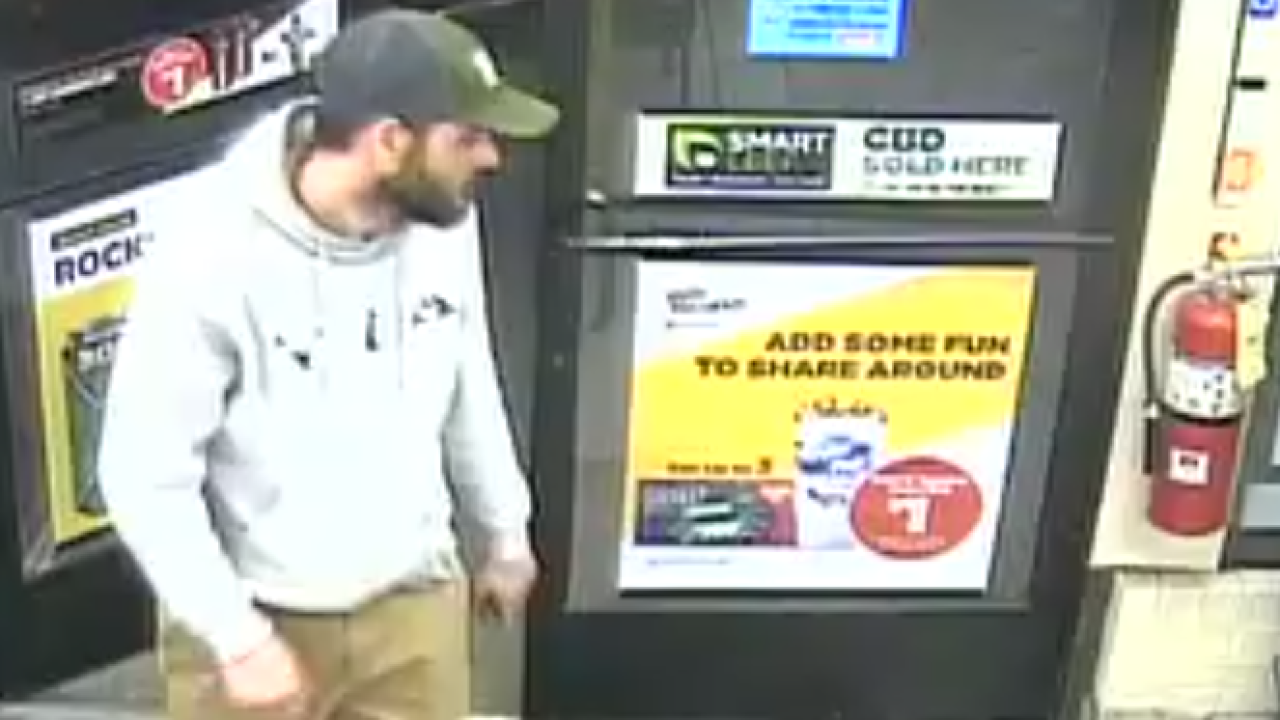 NASHVILLE, Tenn. (WTVF) — Four suspects are sought in Nashville after their robbery of a Circle K store on the 2000 block of Nolensville Pike early Tuesday morning.

According to Metro Nashville Police Department, all four suspects entered the store together around 3:30 a.m.

The gunman, a black man wearing a black and yellow coat, lifted the front of his shirt to show a revolver in his waistband. The other men took beer and filled a backpack with other items.

The suspect left the scene in a Nissan Maxima with a temporary tag reading Z834580.

The other suspects are a white man who wore jeans and an orange hoodie with tattoos on the back of his hand; another white man with a beard and tall thin build, wearing a gray hoodie and dark-colored ball cap and another black man, wearing green camouflage pants, a green sweater and green stocking cap.

Anyone who recognizes any of these suspects or sees the Nissan Maxima is asked to call Crime Stoppers at (615) 742-7463. Tips can also be submitted online at P3Tips. Callers to Crime Stoppers can remain anonymous.