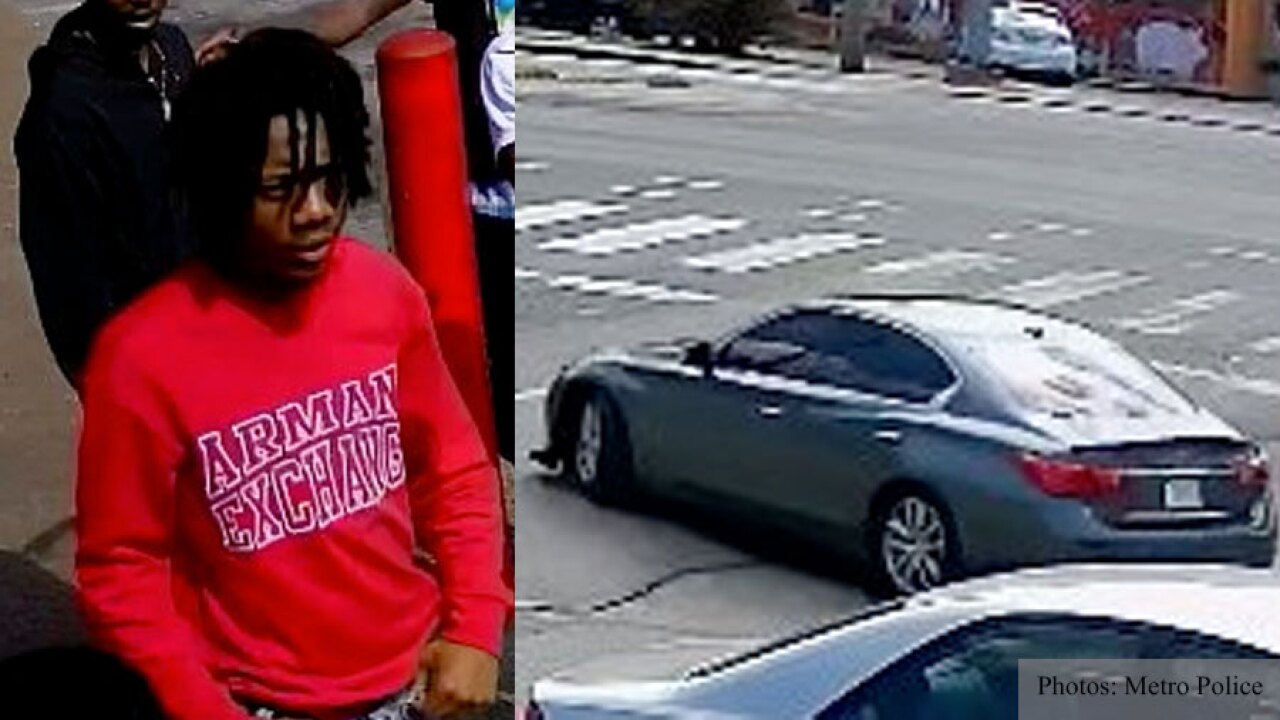 Metro police have released a surveillance photo of the suspect accused of shooting four people outside a Nashville market on Sunday afternoon.

The call came in just after 2 p.m. outside the Egyptian-Latino Tobacco Market, located on Millwood Drive. Police said there was a fight on the property before the shooting.

According to investigators, the suspect got a pistol from an Infinity sedan, fired shots and then left in the car.

This man shot 4 persons outside Egyptian-Latino Tobacco Mkt, 619 Millwood Dr, after a fight on the property Sun. He retrieved a pistol from this Infiniti sedan, fired shots, then fled in the car. Victims are in stable condition. Know who the shooter is? Pls call 615-742-7463. pic.twitter.com/NOzNNKlzQT

As of Sunday night, all four victims were listed in stable condition.

Police have issued arrest warrants charging Oboh with one count of attempted murder and three counts of aggravated assault. Police say he should be considered armed and dangerous and urged anyone who may see him to call Nashville Crime Stoppers at 615-742-7463.