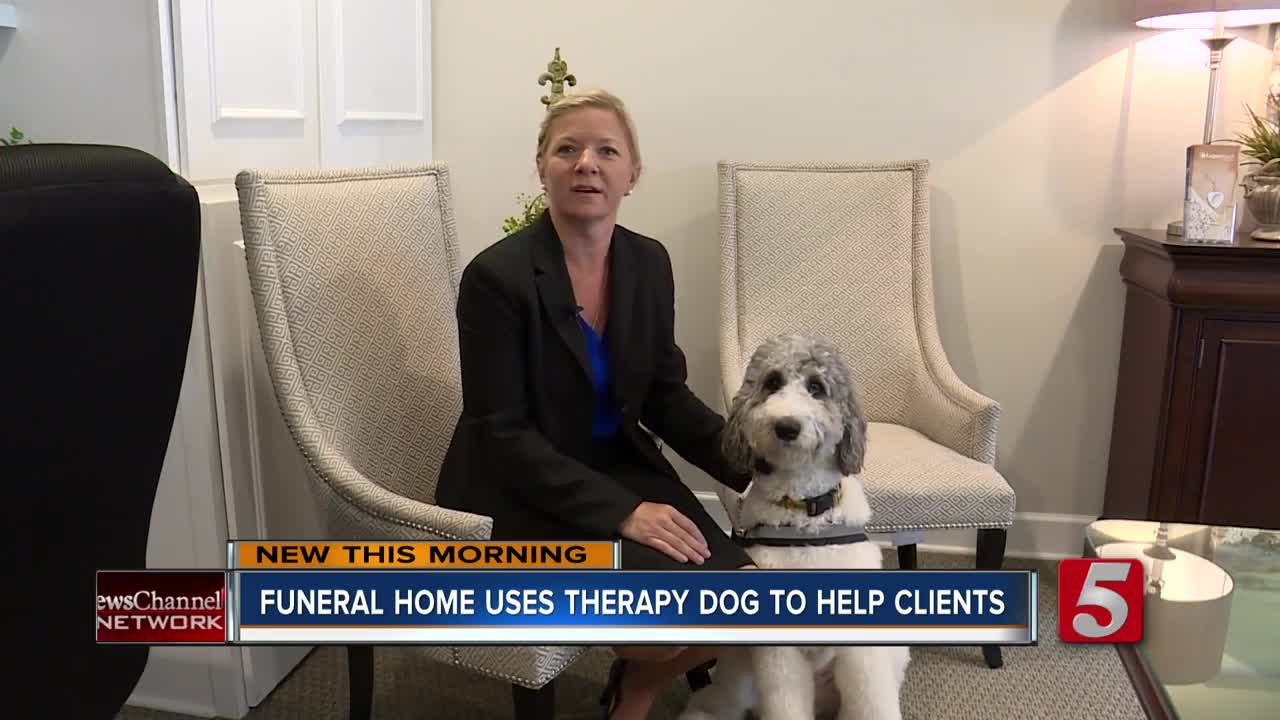 Saying goodbye to a dear friend - or family member - is never easy. A Franklin funeral home is using a therapy dog to ease difficult days. 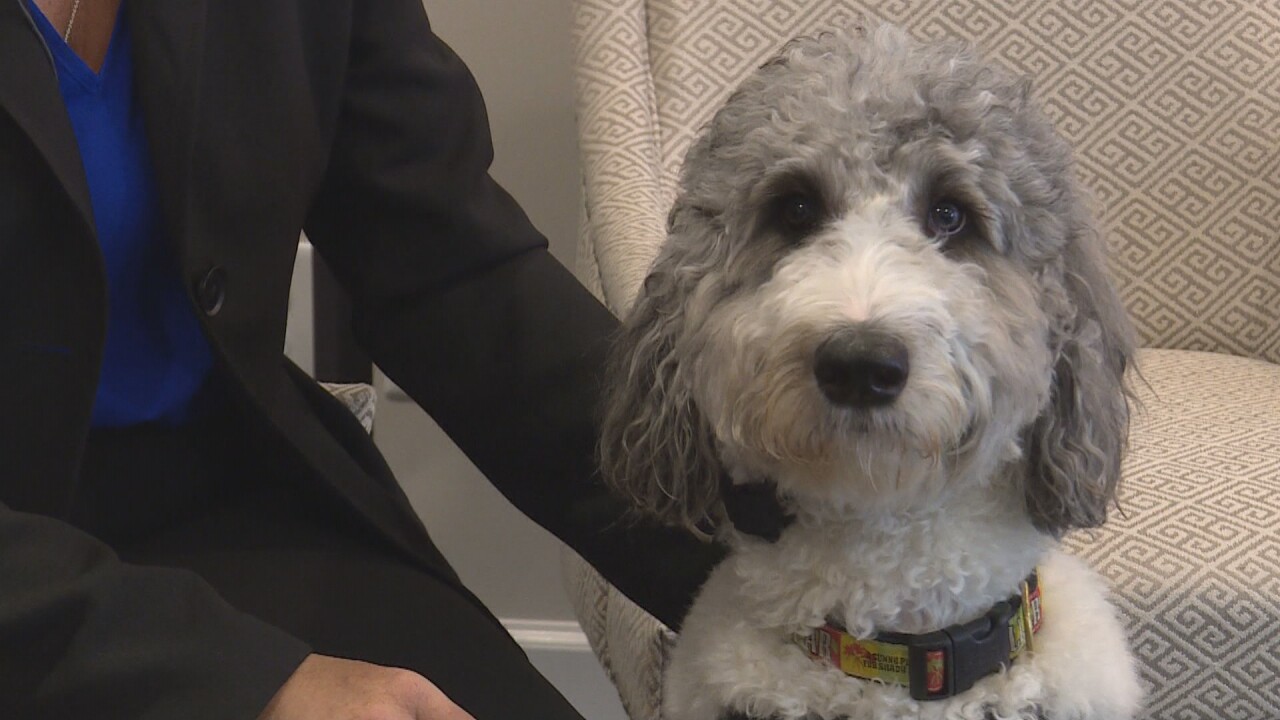 "People are just scared when they walk into a funeral home," said Funeral Director Mandi Marlin. "They don't know what to expect. They're anxious, their emotions are at an all-time high."

Now, Williamson Memorial Funeral Home has "Mac." The 15-month old "Sheepadoodle" seems to know exactly what to do.

"He breaks the tension," she said.

Marlin says having a therapy dog on-hand is a growing trend in the industry.

"I did a lot of research, reached out to some people, and it turns out people across the United States are doing therapy dogs in funeral homes," she said.

Marlin says at first the idea was met with some hesitation but one look at his fluffy face and most people melt.

Mac comes to work every day. He visits the graveyard, walks through visitations, looks for pets and offers free hugs.

Families remember his kindness long after. Some even stop back to say "Thank You" for giving them a soft shoulder to cry on.