From Nashville to Woodstock: Exploring Jimi Hendrix's history in Nashville 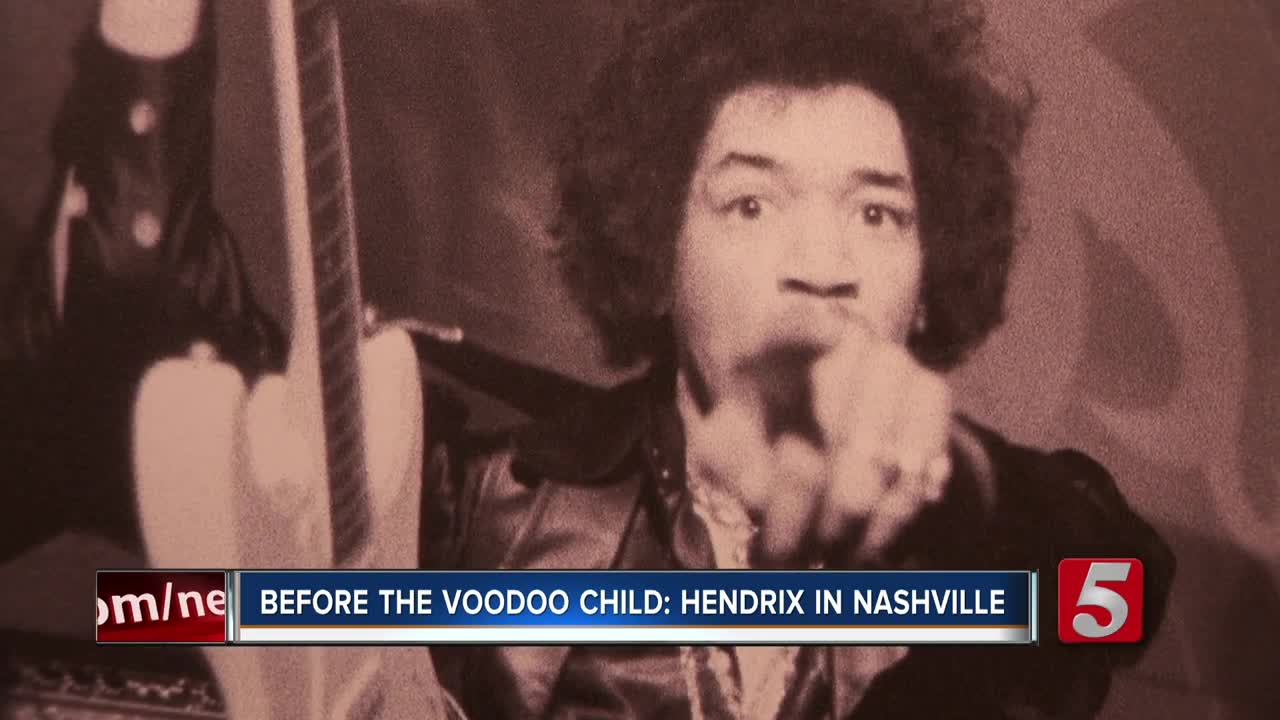 Before Jimi Hendrix became one of the biggest stars on the planet, he was playing in small clubs in Nashville and finding his style in clubs on Jefferson Street and in Printer's Alley. 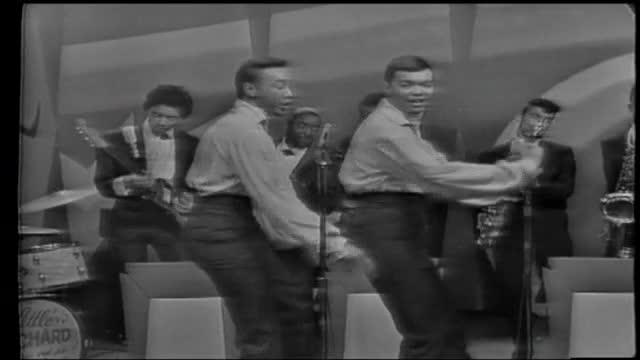 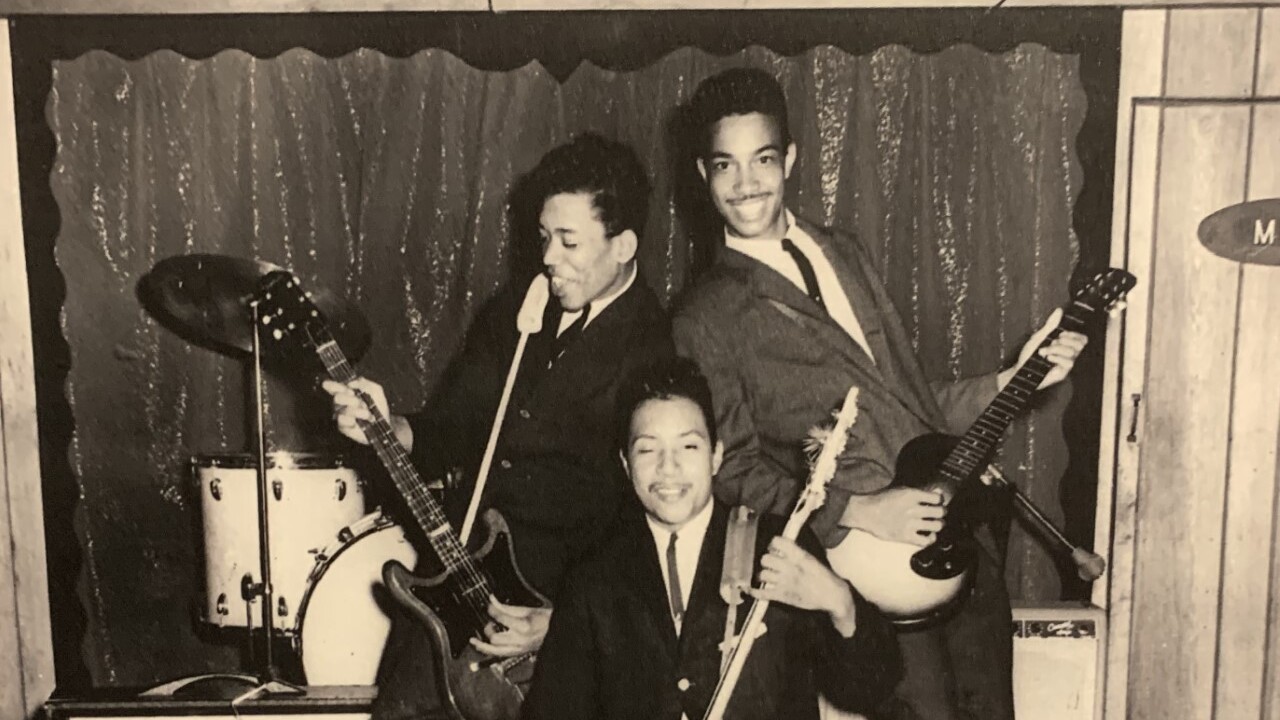 NASHVILLE, Tenn. — Jimi Hendrix is known around the world as being one of the best musicians to ever live. While he was born in Seattle and lived in the UK, many don't know that he spent time honing his craft in Middle Tennessee.

Hendrix enlisted in the Army and trained as a paratrooper in the 101st Airborne Division. That brought him to Clarksville, but he was soon discharged which led to him to Nashville to pursue music.

“This being the guitar mecca of America, I think it was only fitting that he was here," Gtar Phil, a Nashville musician, said. “This city has a way of propelling you as a musician.”

At the time, Jefferson Street in Nashville was full of R&B, soul, and blues music. Clubs hosted acts like James Brown, B.B. King, Aretha Franklin, Otis Redding, Little Richard, and many others.

Jesse Knutson will have more on Hendrix's impact in Nashville on Newschannel 5 at 5.

Hendrix started playing in bands as a rhythm guitar player, and eventually worked his way up to leading his own bands, playing clubs like the Del Morocco Club, Club Baron, and Club Stealaway on Jefferson Street. He also would play clubs in Printer's Alley.

Jefferson Street Sound is a museum and studio on Jefferson Street that Washington put together to educate the public about the musical history of Jefferson Street, which included acts such as Hendrix, James Brown, Etta James, Billy Cox, Aretha Franklin, Marion James, Otis Redding, and so many others.

Washington has a special connection to Jimi Hendrix, as he met his first wife by giving her and her friends a ride to see Hendrix at the Del Morocco on Jefferson Street, and Washington himself saw Hendrix play.

“He played his guitar behind his head, between his legs, and with his teeth,” Washington remembered.

Those who knew Hendrix said he always had a guitar with him, whether he was at home, at a club, or simply walking down Jefferson Street. The guitar would not leave his hands.

Fast-forward to 2019, and all of the clubs on Jefferson Street where Hendrix played are gone, except for Club Baron, which has since become The Elks Lodge.

One of the venues Hendrix played most often was the Del Morocco Club, as he lived in a house right next to the venue. Both Hendrix's old house and the Del Morocco were demolished, and now Interstate 40 travels over the site.

“It’s definitely a special energy," Gtar Phil said as he stood where Hendrix's house once was, realizing he could have come up with the guitar parts and inspiration for some of his biggest hits in that spot. “Yeah, it could have happened right here. It’s pretty amazing.”

One person looking to educate people about Hendrix's legacy here in Nashville is Joe Chambers, founder of the Musicians Hall of Fame and Museum.

He launched a Hendrix exhibit at the museum, and he said the reaction from people can be surprising.

“People are like, what? Hendrix in Nashville? Oil in water? That don’t go, you know? Country and psychedelic, but yeah, it does," Chambers said.

Chambers has worked over the years to gather, preserve, and display music memorabilia, including pictures from Jimi Hendrix's time in Nashville.

One photo caught his eye.

“When I saw this picture, I’m like, I’ve been there, I know where that’s at," Chambers said.

It was a venue called the Jolly Roger, which existed in a basement in Printer's Alley. Hendrix played there on numerous occasions, and when Chambers looked into it, he realized the club was closed, and getting ready to be turned into condos.

Chambers reached out to the person in charge of the project and got permission to go into the old club and salvage what he could.

“They gave me a really long extension cord, one of those lights you hang under a car hood, and I went down there and I was looking for this, the stage, and you know, the bathroom doors," Chambers explained, adding that he found it. “I was just thinking about the picture, so I said, just get me what’s in the picture.”

The stage where Hendrix once played, along with the back wall and ceiling, are now on display in the Musicians Hall of Fame and Museum, along with a guitar Jimi Hendrix played, a drum set Mitch Mitchell played, and many other artifacts.

While Jefferson Street acknowledges Hendrix's past in Nashville with murals and museums, there's little to no sign of Hendrix in Printer's Alley, except in stories, and in music.

“I’m sure he cut his chops there just like all of us," Stacy Mitchhart, a Nashville musician who has been playing at Bourbon Street Blues for more than two decades, said. "We've all got places around our hometowns or wherever we live where we cut our chops, and then you develop and become who you are.”

When people reflect on the fact that Hendrix was relatively unknown and had almost no money when he lived in Nashville, they tend to take a step back. It's amazing to many that such an icon wasn't always bigger than life.

Another fun fact about Hendrix in Nashville is he made his TV debut at the NewsChannel 5 studios on the TV show "Night Train" while playing in Little Richard's band (video above).

After touring the Chitlin' Circuit throughout the South with acts like the Isley Brothers and Little Richard, Hendrix moved to England, and soon became a major headlining act.

One of Hendrix's most famous performances was at Woodstock in 1969.

Unfortunately, Hendrix died at the age of 27, and only had about 4 years of mainstream success before his death.

To this day, Hendrix's impact is still apparent in Nashville, with music-lovers and guitar players diving into his catalog and continuing to listen to his music.

Check out the NC5 Woodstock 50th Anniversary Playlist on Spotify below!