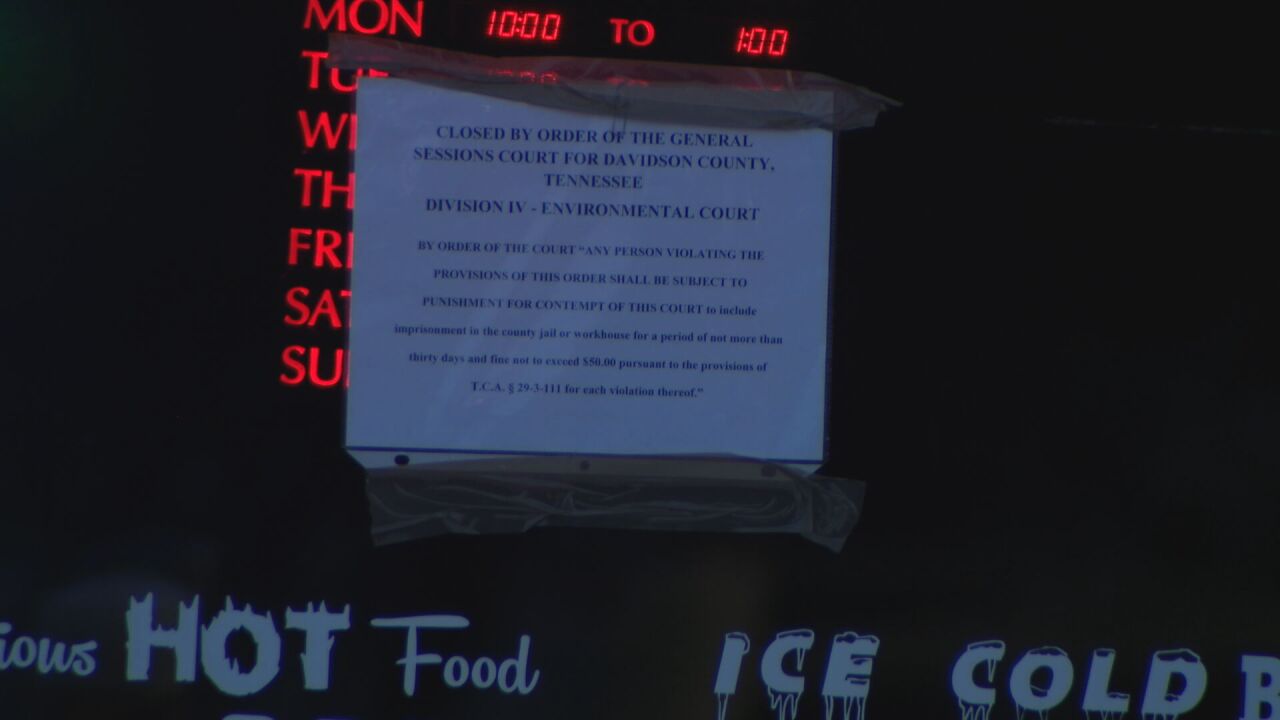 NASHVILLE, Tenn. (WTVF) — Owners of a restaurant in the Old Hickory area have agreed to keep their business temporarily closed after being issued a closure order on Sunday for violating one of the public health orders put in place to slow the spread of COVID-19.

Full Throttle Bar and Grill owners Becca and Gary McIntosh appeared in court on Wednesday where they agreed to remain in compliance with the order.

The Metro Public Health Department said businesses that sell more alcohol than food, such as Full Throttle Bar and Grill, are to remain closed through July 31.

The health department said the owners paid the court cost and were told if they reopen prior to the health order changing they would be found in contempt of court.

Becca McIntosh said they were told if they did not comply, they would be fined $10,000 each and ordered to spend five days in jail.

The couple agreed to keep the business closed through the end of the month, but said they will pursue a lawsuit with the help of other limited-service restaurants in the area.

The McIntoshes said they will donate the remaining food at the restaurant to other local businesses so it doesn't go to waste.