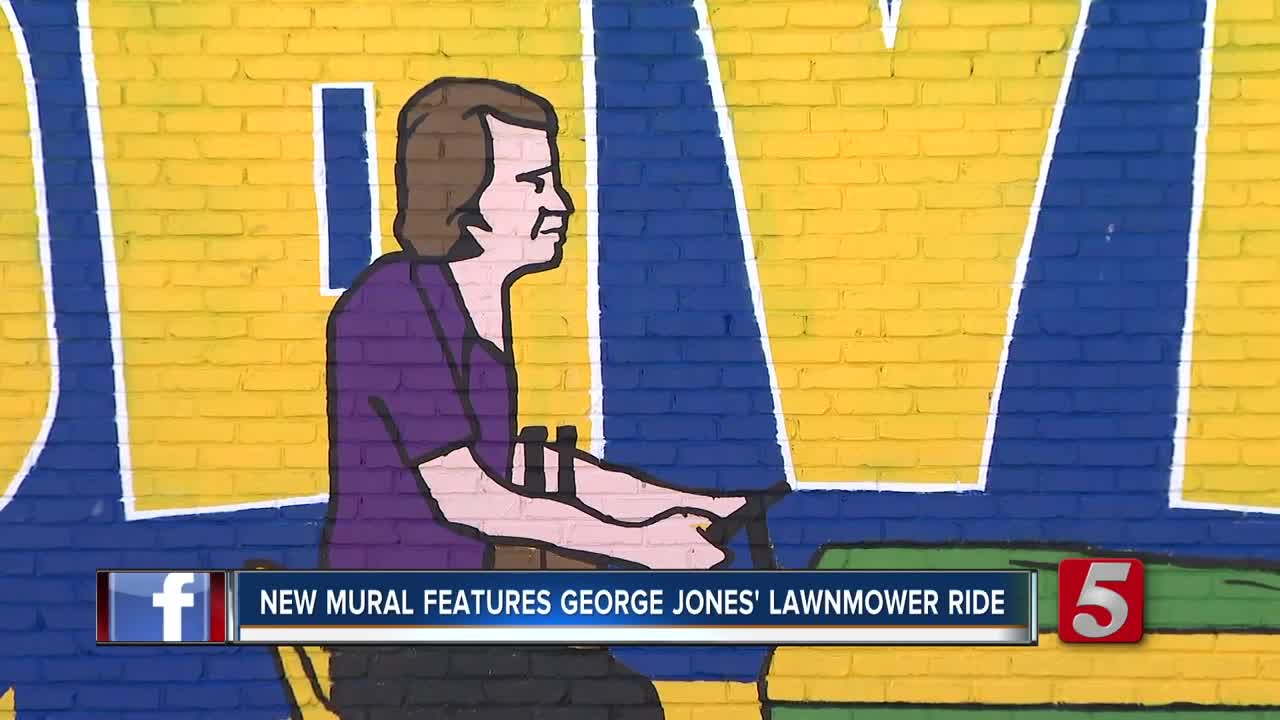 One of Nashville's new murals features a funny, true story of George Jones on a lawnmower. 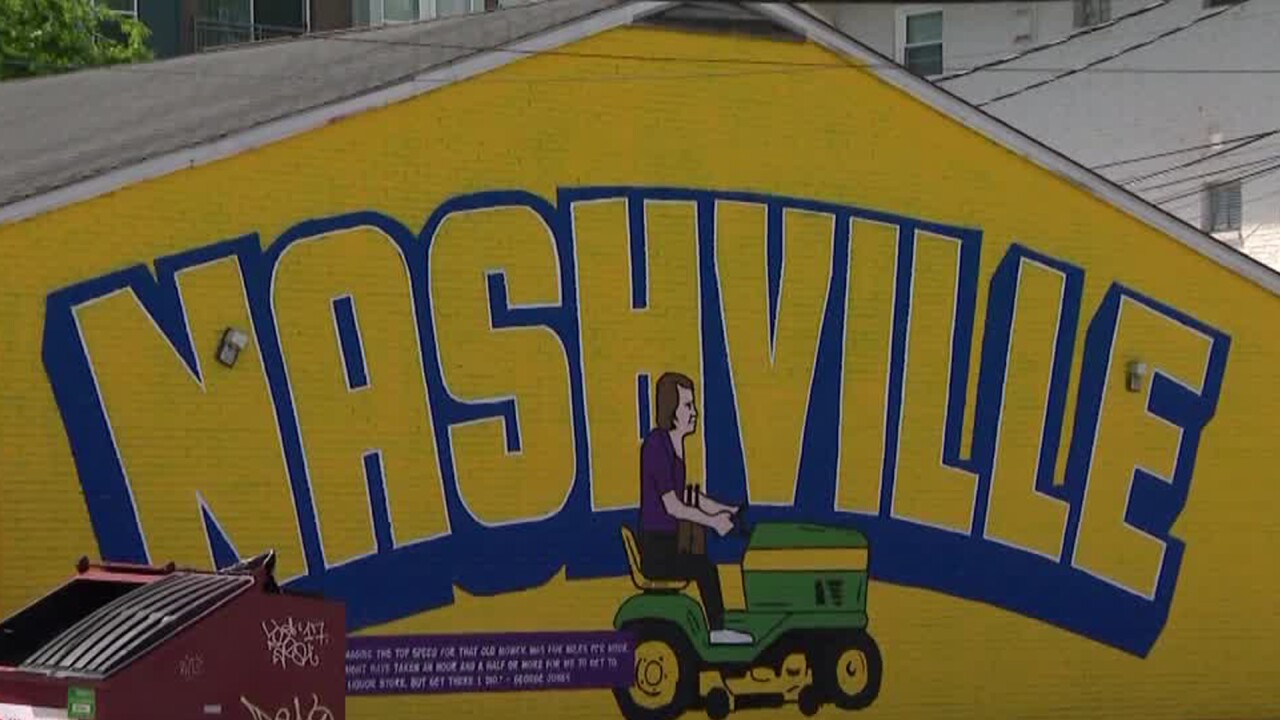 NASHVILLE, Tenn. — It sounds like it came directly from a Country song: A man gets his keys taken away for drinking too much; so he decides to drive his lawnmower to the liquor store. Well, it's more than a story, it's the real-life story of a strange day for George Jones.

Jones used to live on the outskirts of Nashville, and he would frequent Colonial Liquors on 8th Avenue in Melrose.

“He was living the wild life back then man," Brent Bubis of Colonial Liquors said. “He used to pull up in his limo and his driver would hop out for him.”

But one day, Jones had his keys and driver taken away; so he took matters into his own hands and hopped on a lawnmower, heading a few miles up the road to Colonial Liquor.

As quoted on the mural, Jones himself once recalled, “I imagine the top speed for that old mower was five miles per hour. It might have taken an hour and a half or more for me to get to the liquor store, but get there I did.”

The mower George Jones used for this trek is currently on display at the museum at The George Jones, as well as plenty of pictures of Jones riding his beloved lawnmower.

The story was featured in Tales from the Tour Bus on Cinemax, and the image was created by Mike Judge for that show.

But a local muralist named Shawn Catz thought it would be fitting for that image to go on the side of the liquor store involved in the story, so he got permission from Judge to recreate the image.

“The true Nashvillians, most of them know what it is, but a few people have asked, and once we explain it, they get it and love it," Bubis said. “It’s perfect for our store, I mean, it’s tough to beat.”

Colonial Liquors is located at 2401 Franklin Pike, and if you want to see the actual lawnmower and see into the history of one of Country music's biggest stars, you can visit the museum at The George Jones on 2nd Avenue in downtown Nashville 7 days a week. The George Jones also has food, drinks, and live entertainment.