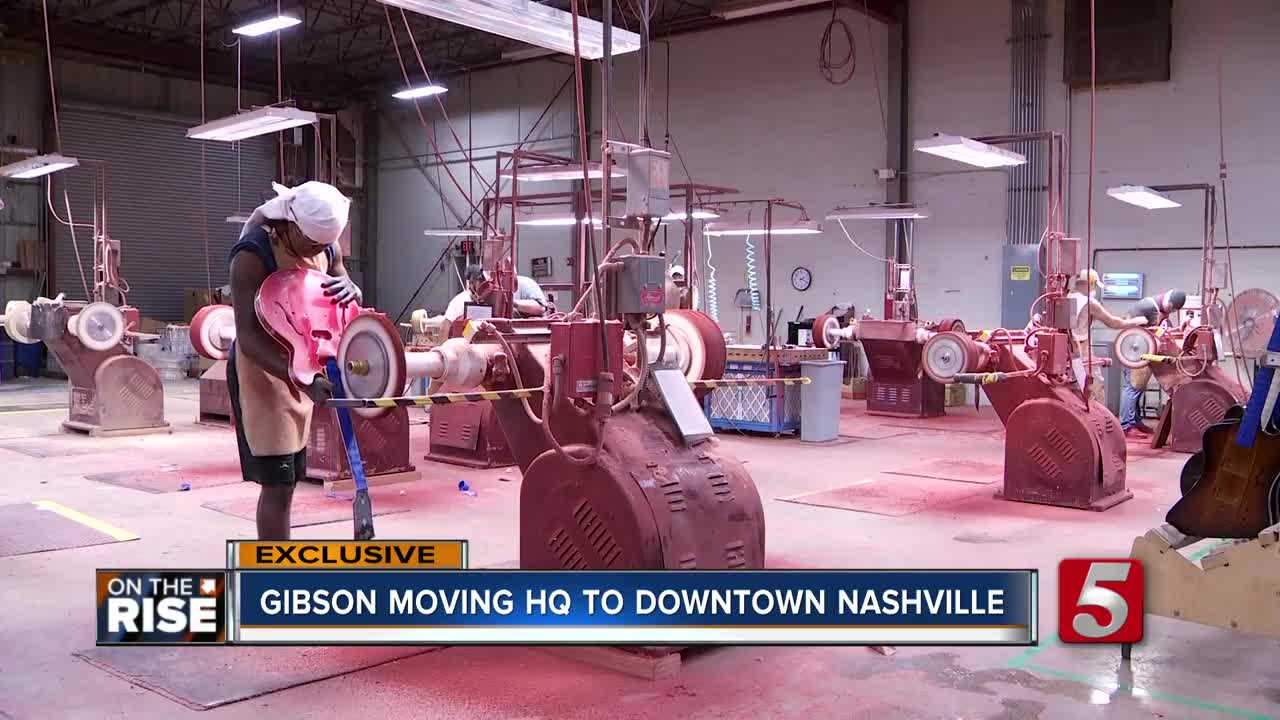 Gibson recently made the news for announcing a plan to defend their brand by not allowing builders to steal their designs, but now they’ve shifted from confrontation to collaboration with the plan to partner with boutique guitar builders. 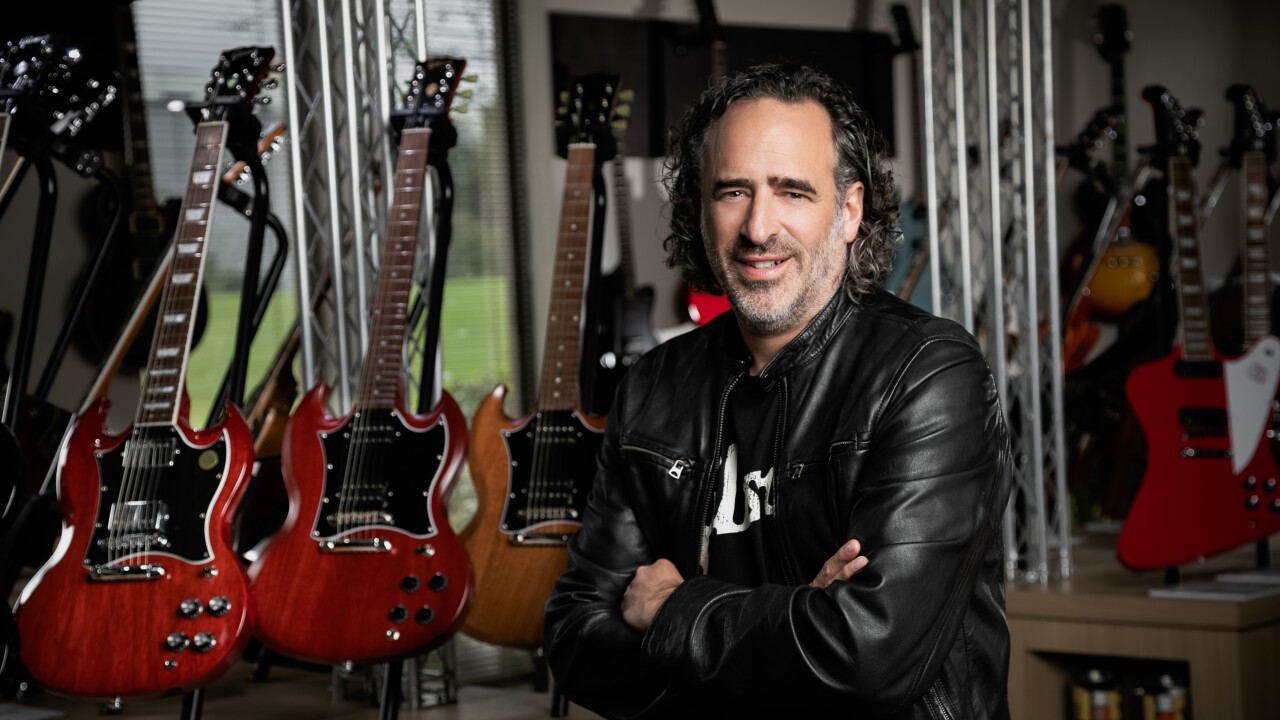 NASHVILLE, Tenn. — Gibson makes some of the most iconic guitars in the world, and over the years, plenty of those guitars have been copied in some form or fashion, whether it be the body shape, name, or otherwise.

While it’s a form of flattery, it can also be a form of trademark infringement, and in a controversial video posted in June, Gibson sent a message to those who were using their designs, basically telling them that they’d come after them.

Days later, it was revealed that Gibson was suing Dean Guitars for stealing numerous guitar shapes, including the famous Flying V.

The video upset a lot of guitar players who were previously excited about the new direction of Gibson, but saw the video and message as a form of bullying, specifically to boutique guitar builders.

“Tone and timing of that video, clearly, lessons to be learned, but guess what: we’re taking down hundreds of websites, thousands of guitars we’re intercepting that are knockoffs, so it served a purpose,” James ‘JC’ Curleigh, president and CEO of Gibson, said.

In an exclusive interview, NewsChannel 5’s Jesse Knutson sat down with Curleigh to talk in-depth about why the video was made, who it was made for, and what has come in response to the video and the way Gibson fans reacted to the video.

In short, Gibson is planning to initially collaborate with 3-4 boutique guitar builders by entering into agreements where the builders acknowledge that they’re using Gibson’s shapes, then Gibson will give them permission to create guitars using those shapes after coming to specific terms.

It will be through the new Gibson Authorized Partnership Program, which will involve agreements where builders may only be able to build a certain amount of those guitars, and there may be a royalty dynamic or licensing involved (details are still being ironed out), but Curleigh said that Gibson would support the builders in terms of marketing, and it’s not meant to be a revenue generator for Gibson, rather, a way to allow builders to continue using Gibson shapes, but this time in a mutually-agreed upon way.

“We have to preserve and protect (our trademarks), but I think we can do it in a way that’s not confrontational, it’s more collaborative," Curleigh explained.

“There’s a spectrum that occurs. And the spectrum can be wide, but it can also be definitive or grey depending on how you look at it, and the definitive part is the known counterfeit/knockoffs. They truly - they see a brand that’s iconic, they see it has momentum, and they want to take – just frankly – illegitimate leverage on that momentum through counterfeit product, and you have to hit that hard, you have to stop it fast, or it gets out of control, and quite frankly, it damages your brand. But not just your brand and your business, it puts guitars out there that confuse guitarists, thinking they bought a real Gibson, so that’s this spectrum here, you really have to be tough on that.”

Curleigh said that through their new focus on stopping counterfeit guitars made outside of the country, they’ve stopped thousands of guitars from hitting the market and they’ve taken down hundreds of sites that were advertising or selling fake Gibson guitars.

“The other end of that spectrum are these really amazing boutique guitarists and guitar luthiers who are making 10, 20, 50, 100 guitars and they’re shaping them either for their artists or their own business. Every now and then we’ll see some guitars and go, ‘gosh, that really looks like a Gibson,’ and then we send a letter and say, ‘hey, you know, knowingly or unknowingly - you might not know this, but we own some trademarks on some of our shapes, on some of our headstocks, on the way that Gibsons are built, etc, etc,’ and so, we were serving notice to that, but it’s more to set up a conversation.”

Instead of having the guitar luthier get a lawyer right away, Gibson is now encouraging those builders to reach out to Gibson officials directly so they can set up communication about ways to solve the issue, whether that be collaborating in some sort of fashion, potentially through the Gibson Authorized Partnership Program, or sharing ideas on other ways to make the luthier’s product work without using Gibson designs.

“And then that center point are some brands that just knowingly sort of take advantage of the shapes that you’ve created, and because they’ve been using them for a long time they think they’re theirs. And even more recently, they’ll take a name, like the name 'Hummingbird', which is synonymous with Gibson, or they’ll take the name 'SG', which is synonymous with Gibson, and they’ll call it a ‘GS', and it’s the exact same shape,” Curleigh explained, referring to Dean Guitars. “You’ve got to have a point of view on that, and we do have a point of view. For counterfeiters, absolutely take that one head on and stop it. For the boutique market, we’ve completely shifted into collaboration mode and we’re going to be announcing new collaborations with the Gibson Authorized Partnership Program next week. And then that center point. It’s isolated, it’s small, but we’re going to have to deal with it. And my last resort, I can tell you as a leader, is always going to be legal. But if a company or a brand leaves us, or me, with no choice, I have to follow that direction. I don’t want to, but part of our brand and our business is intellectual property, and kind of half of the value of some companies are in that. We have to preserve and protect that, but I think we can do it in a way that’s not confrontational, it’s more collaborative.”

Curleigh said that it was a lot to take in after the video came out, but one of his big focuses as president and CEO is to listen to fans and dealers and try to make the best decision for the company and all of those who enjoy Gibson guitars.

“While all this sort of noise was going on a month ago – about, ‘oh, Gibson goes legal,’ I mean, I gotta tell ya. I put the noise cancellation headphones on and I said: ‘We’re gonna pivot to collaboration.’ So literally, in the last 4 weeks, we’ve been starting this not just conversation, we’ve signed agreements with these collaboration partners, and then we’re like, ‘what’s next?’ Literally, I have an email from one of them saying, 'wouldn’t it be cool if we put a stamp with both of our names or something that authorizes it’s a Gibson authorization partner?' And we’re like, ‘yeah!’ So it’s not fully thought out, but boy, it’s got good intentions behind it.”

Curleigh elaborated on the initial agreements made as part of the Gibson Authorized Partnership Program:

“We’ve entered into some agreements with 3 or 4 boutique guitar companies, and basically, they actually love Gibson, and we actually love them. We just have to have a conversation around where the lines are between shapes and names, etc. And what’s amazing is, as soon as we enter into those conversations, it leads to a collaborative, creative conversation. So it’s going to work basically, it’s essentially an agreement where they acknowledge: 'Yup, these are your shapes,' and we say, 'you can use them.' Then it involves simple language around how many you make and what it’s going to involve and there may be some type of royalty dynamic, but we’re also going to support them in marketing terms, so it’s not a revenue generating dynamic for us at all, whether by magnitude scale or by deal, it’s more acknowledgment that these are some shapes that we’ve created. ‘We want you to celebrate and use them for the right reasons, and let’s collaborate.’”

Curleigh said at the end of the day, it’s about getting guitars in people’s hands and collaboration.

Gibson is expected to make the official announcement about the Gibson Authorized Partnership Program on Wednesday leading into Summer NAMM, with specific partners expected to be announced.