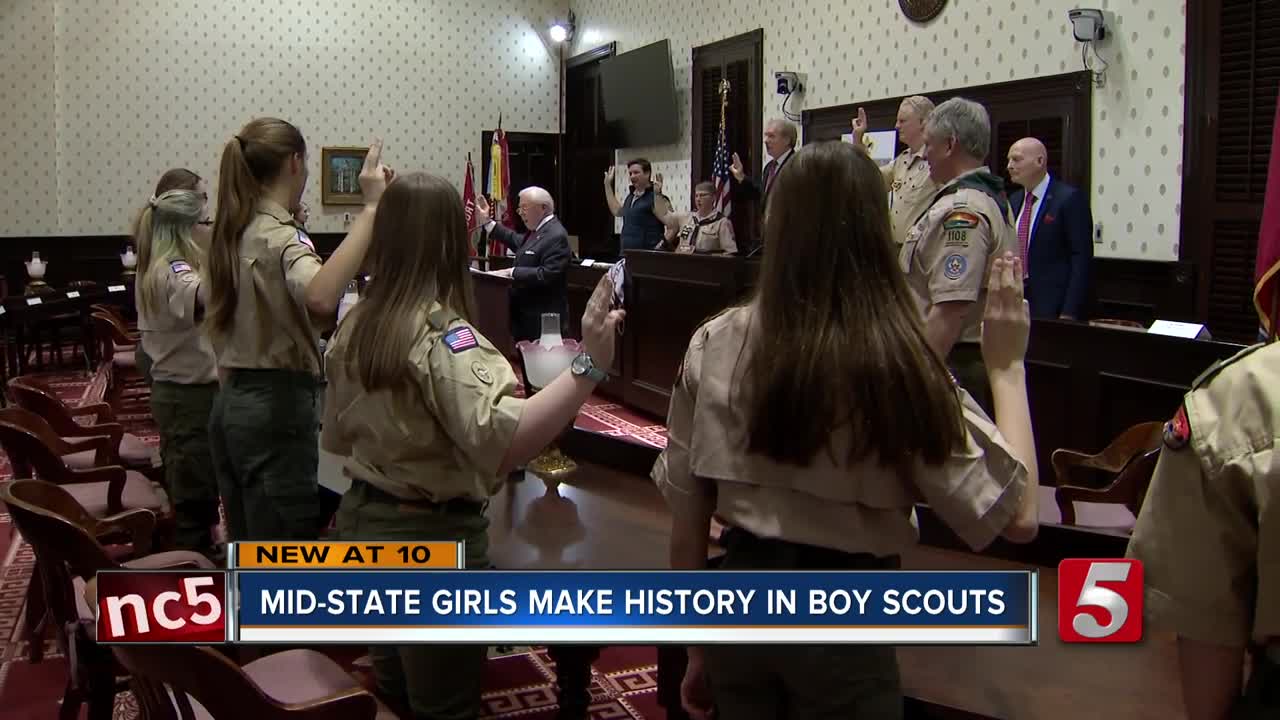 Dozens of people crowded into a room at the Rutherford County courthouse Friday night, to watch 15 girls officially join the Boy Scouts of America. 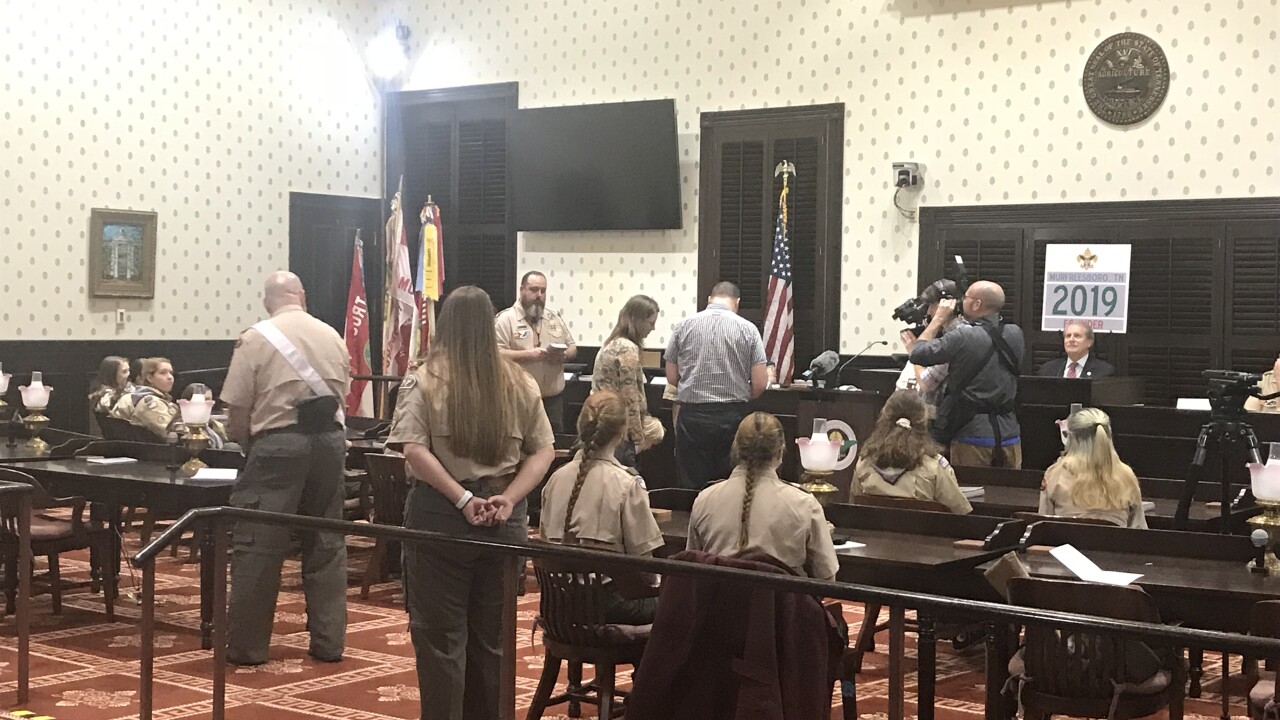 The move comes more than a year after the Boy Scouts of America announced it would allow girls into its boy scouts program, which was renamed 'Scouts BSA.' Friday was the first day all-female groups could officially be chartered. Troop 2019, made up of more than a dozen girls, became the first female troop in Rutherford County, and one of the first in the nation.

"I'm feeling excited, but kind of nervous," said Taylor Bell, whose brother is an eagle scout. Many of the girls in the troop had brothers or fathers in the boy scouts that helped push them to join the organization.

During the hour-long ceremony, the troop heard from other prominent scouts, including Rutherford County mayor Bill Ketron. They recited the Boy Scouts of America's oaths and signed the troops charter before receiving their neckerchiefs.

"We are officially going to be in the records as troop 2019," Mackenzie Neal said.

The troop plans to celebrate their charter by going on a rock climbing trip over the weekend.