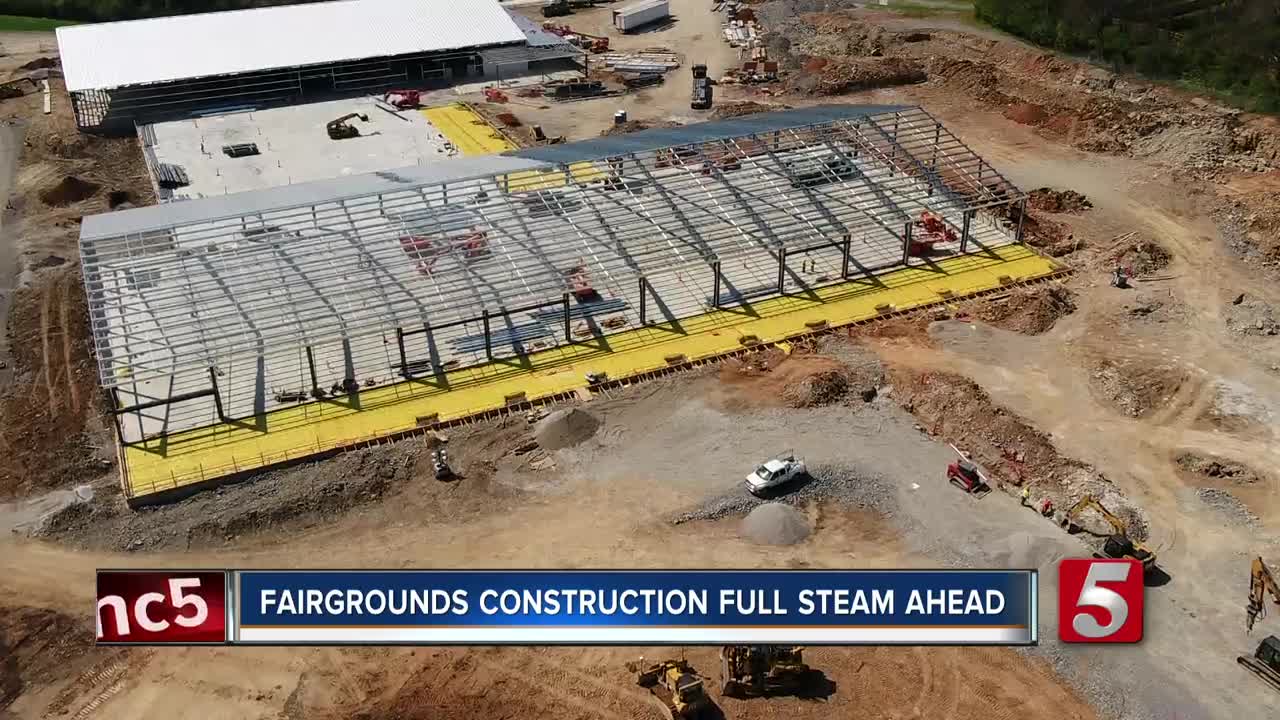 Construction has been underway for months at the Fairgrounds Nashville, and now buildings are cropping up from the ground as crews make progress towards a summer completion of the project. 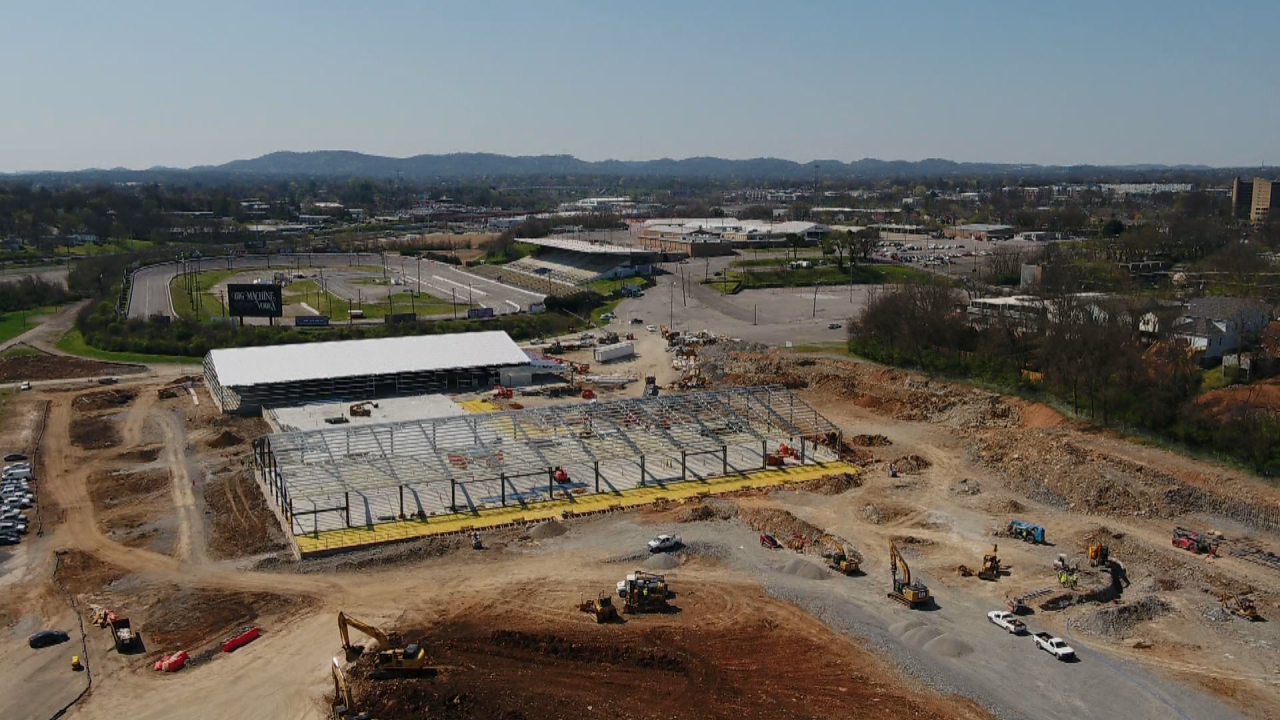 NASHVILLE, Tenn. (WTVF) — While there are construction projects all around Nashville, few are being monitored more closely than the project at the Fairgrounds Nashville, which will bring buildings to replace the more than 50-year-old Fairgrounds.

The construction has faced its challenges, including a wetter-than-normal winter, but recently, crews have made great progress.

“It’s amazing what a couple of weeks of good weather can do for a construction project,” Holly McCall, public information officer for the Fairgrounds Nashville, said.

Two buildings, expo halls, are already up, with the roofs being worked on, and siding even being put on one of the buildings.

While the buildings will be brand new, its not just about the newness of the project, but what it will allow people using the facilities to do that wasn’t possible in the old buildings.

“These will have Wi-Fi, they’ve got boxes in the floor so you can plug in electricity, your Wi-Fi, water, we’re also going to have up-to-date show barns here for livestock that have what’s called engineered dirt, so it’s very hard, it’s very firm, and it raises less dust,” McCall explained.

The square footage will be extremely similar in the new facilities compared to the old facilities, but there was still a lot of push back from people who use the Fairgrounds often, such as the State Fair and flea market vendors.

“I think now that we’re starting to actually see some progress, it’s alleviating nerves,” McCall said. “You know, many of our flea market vendors get a substantial portion of their regular income from the flea market, so it’s understandable that they’d be nervous about this change, but now that they can see the progress and see the colors and actually get a chance to have more of a hands-on feel, I do think it alleviates their nerves.”

The State Fair announced that they were planning to look for a new facility that could host the State Fair, out of numerous concerns, including for 2019: ongoing construction of the new MLS stadium.

That MLS construction should no longer be an issue for the 2019 State Fair, as the MLS group announced they were changing their construction schedule to have the stadium done in 2022 instead of 2021, meaning that there will be no construction going no at the time of the fair, and both the old facilities and the new facilities will be available to be used during the State Fair.

The new Fairgrounds facilities are on track to be completed in the summer, ahead of the 2019 State Fair.