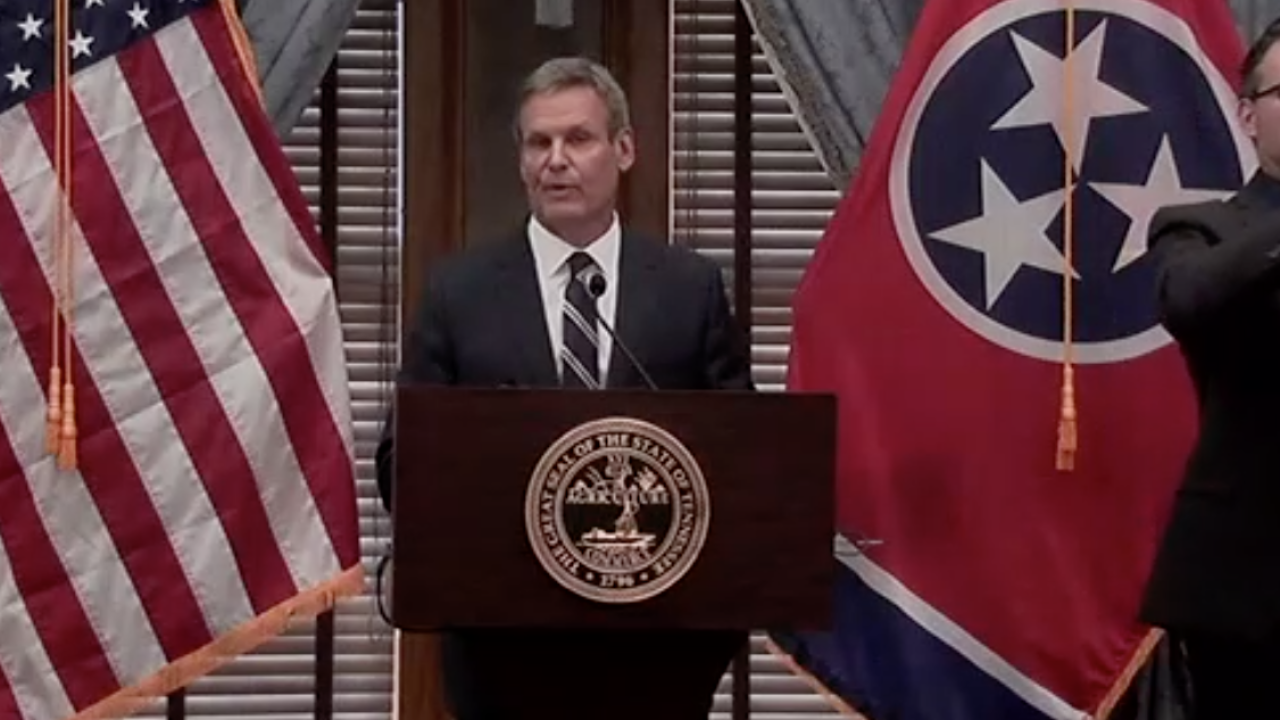 NASHVILLE, Tenn. (WTVF) — Governor Bill Lee took time during his Thursday COVID-19 press conference to address the many protests and rallies in Tennessee in response to the killing of George Floyd and ongoing racial injustices.

Lee said it's a topic that is important to his heart. "The issue of racial reconciliation is not a political issue for me." The governor discussed what he called "diverse and thoughtful council" he's been receiving and thanked those who have reached out to him to discuss and "put voice to experiences [he has] not had."

Lee explained that what has been happening in recent weeks across the country can not be ignored and said it is "time to engage issues of racial reconciliation head-on because that is the heart of the matter."

Lee said he plans to do that by having constant communication with black leaders, faith leaders and law enforcement. He also announced that he would be signing a proclamation to honor Juneteenth in Tennessee.

However, Governor Lee did not announce other actions that have been called for by many activists, such as the removal of Confederate monuments or defunding police. "There is a tremendous distraction pulling away from racial reconciliation being the heart of the matter," Lee said. "Calls to defund the police or embrace lawlessness or play politics are unproductive."

"Proclamations and statues are not just snapshots of our history they are a window into what we value," Lee said in reference to Confederate monuments around the state, including the bust of Nathan Bedford Forrest in the state capitol. "At the very least I believe there ought to be context around the bust especially since Forrest represents a particularly painful part of history for African Americans."

He ended his remarks by saying he believes Tennessee can be an example for the rest of the country. "We are at a transformative time for our country and I believe our state can be a force for restoration," Lee said.