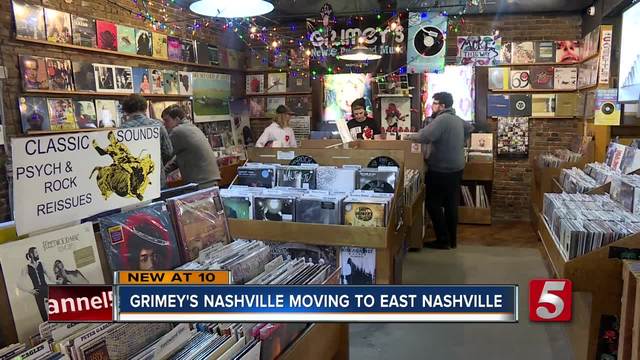 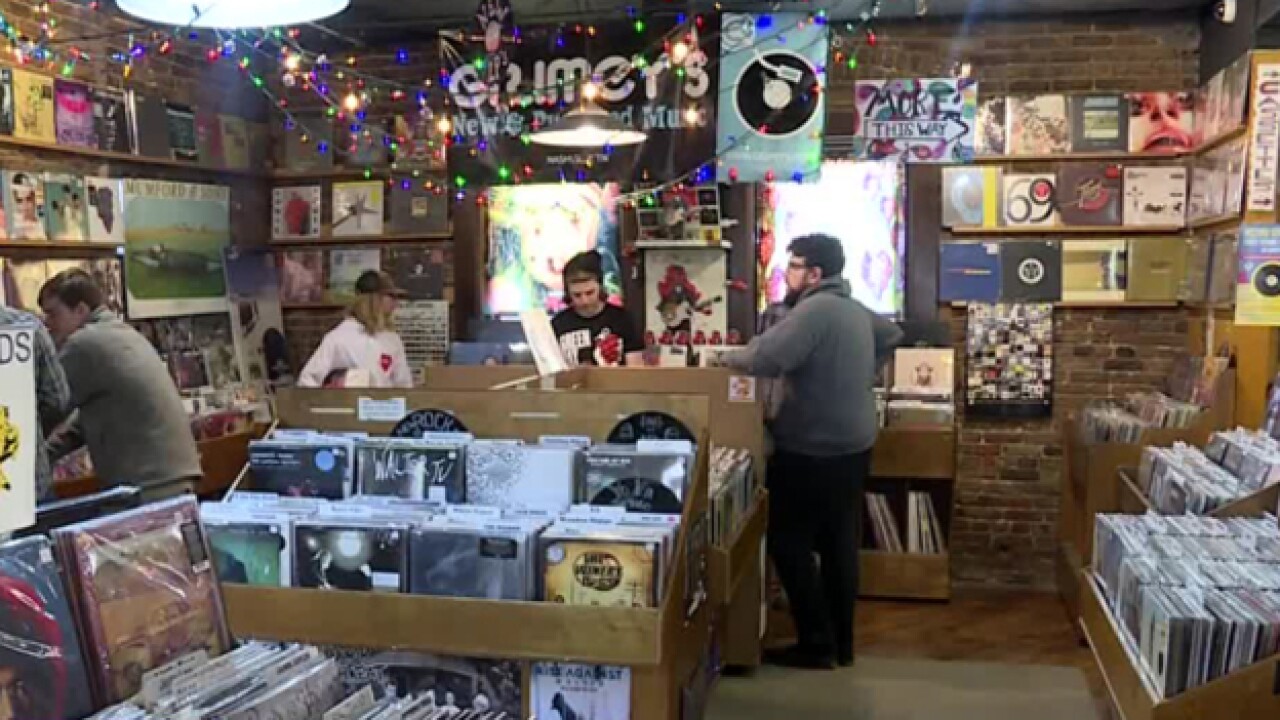 The owners of Grimey's New & Preloved Music on 8th Avenue South announced late Wednesday night they will be moving to an old church located at 1060 E. Trinity Lane in East Nashville.

"Have to stop and smell the roses every now and then. I'm sure packing up this place is really going to make the memories start flowing out for sure and we've had lots of customers offer to help us move," co-owner Doyle Davis said.

The independent record store moved to the 8th Avenue South location about 15 years ago from Berry Hill.

The owners would eventually expand next door into Grimey's Too after nearly becoming overcrowded with beloved vinyl records and other merchandise.

"We’re very accommodating to the local artist. If you make a record or CD or 7 inch or a cassette, you can put it for sale at Grimey’s. We’ll stock anything on a consignment basis by a local artist," Davis said.

Davis said the building for Grimey's Too was bought out. The owner plans to place an Enterprise Rent-A-Car lot on the property and will plan to further develop the property in the future.

As for Grimey's, he said his lease will end by the end of the year.

"I was just felt like it was time, we really needed to take control of our own destiny and find a spot where we can put the two stores back together in an appropriate, large enough space to do everything we’ve grown the business into doing and to know that we are secured and safe for the future," Davis said.

Davis plans to hold the Americana Music festival in September one last time at the 8th Ave South location before finally relocating.

"The place so we’re moving to in a lot of ways is similar to this place when we first moved here. It’s an area of town that is not that fully developed. It did not have a lot of foot traffic or customer traffic it was just Eighth Avenue was a corridor that people drove through from downtown to get onto the Interstate," he said.

The E. Trinity Lane location is seven miles from where the two record stores are currently located.