Groups rally to get Nashville immigrants to the voting booths 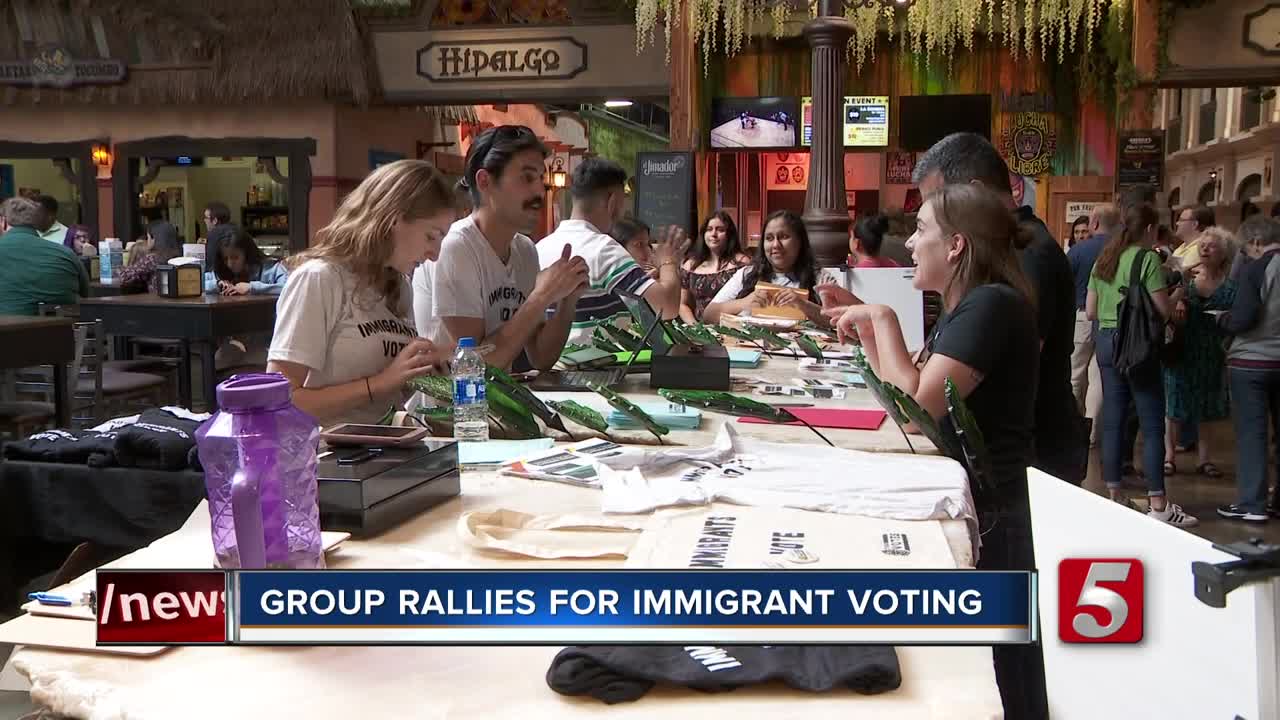 Hundreds of people rallied Wednesday night at an event to encourage more Nashville immigrants and refugees to head to the polls.

NASHVILLE, Tenn. (WTVF) — Hundreds of people rallied Wednesday night at an event to encourage more Nashville immigrants and refugees to head to the polls.

The event was put on by TIRRC Votes, a organization affiliated with the Tennessee Immigrant and Refugee Rights Coalition.

"We're expecting about 500 folks to join us tonight," TIRRC Votes Co-director Stephanie Teatro said. "Nashville and Tennessee have one of the country's fastest growing immigrant population, so that means not only do immigrant and refugees have real power in the election, but also we have a real stake in the future of the city."

Teatro said the organization had a successful 2018, when immigrant mid-term turnout hit record highs in the mid-state.

"Here in Nashville immigrants voted in higher rates last year than they did during the presidential election," Teatro said.

So at Wednesday's event, volunteers hoped to help continue that momentum.

"As we're launching out campaign, we're registering people to vote we're signing up people to join our canvas team, we hope to knock on 20 thousand doors this election cycle," Teatro said.

The Metro elections are on August 1, the deadline to register is July 2.