Habitat for Humanity Carter build comes to a close 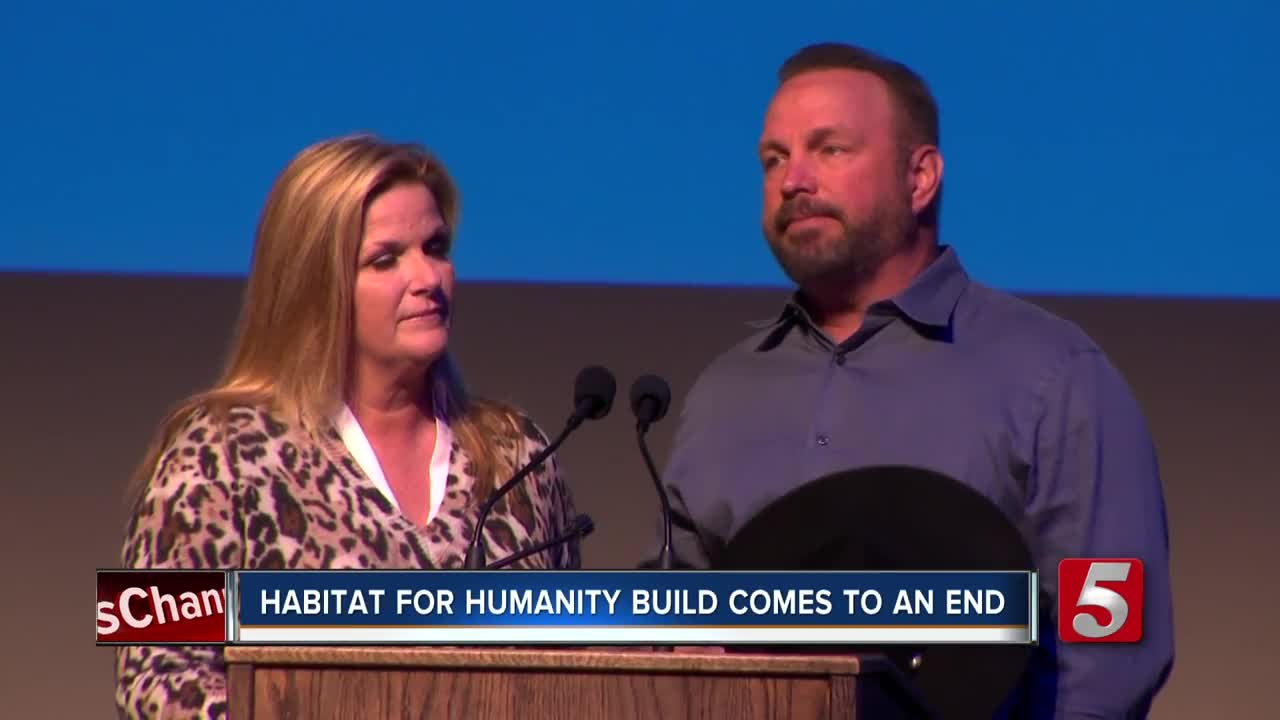 After a week of hard work, the Jimmy and Rosalynn Habitat for Humanity build in Nashville came to a close. 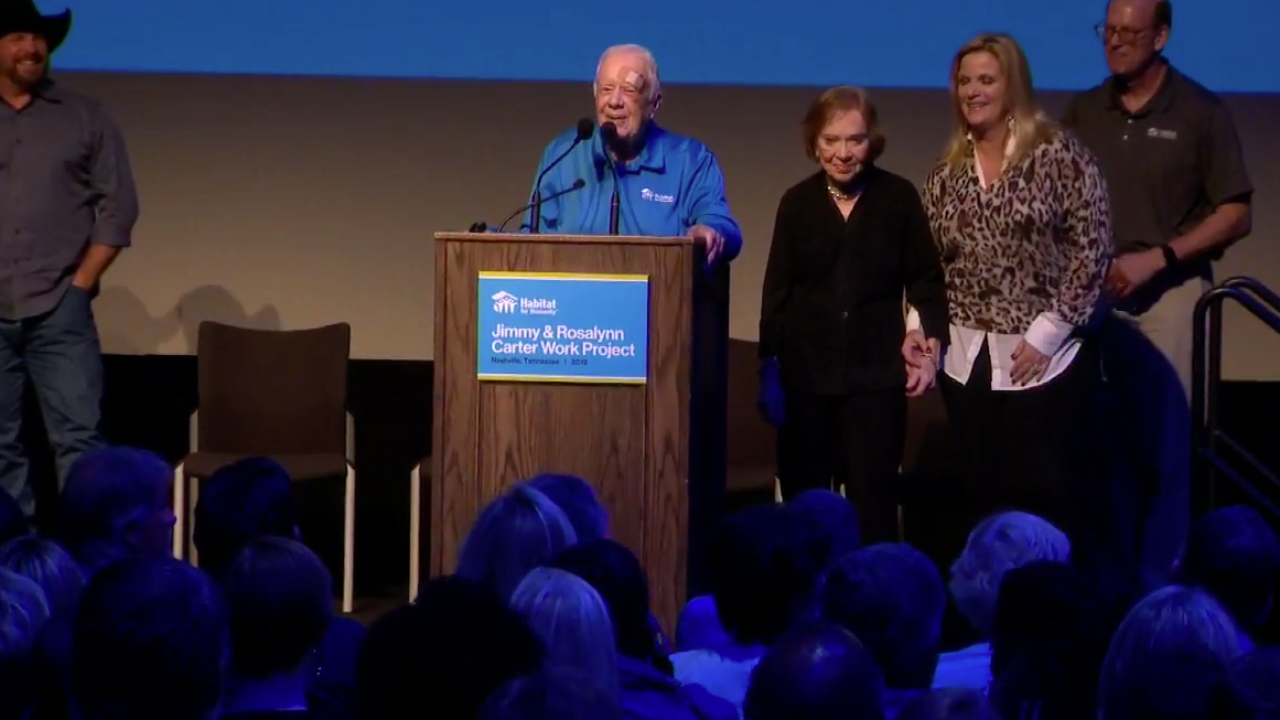 NASHVILLE, Tenn. (WTVF) — After a week of hard work, the Jimmy and Rosalynn Habitat for Humanity build in Nashville came to a close.

“It was just a big week of just getting along, of watching everybody from all different walks of life come together to do something for somebody else," Country Music star Trisha Yearwood said at the closing ceremonies at the Grand Ole Opry House.

Both Yearwood and Garth Brooks started working with Habitat for Humanity after Hurricane Katrina hit New Orleans, and they said this build was one of the most special they've been on because it focused on the community they live in.

“I think love builds hope, and I watched love build hope all week, it was an honor to be a part of it," Brooks said.

21 homes were raised from the ground up over the week, giving multiple families in Nashville a place to live.

“Thank you for the legacy you’ve left in Nashville, Tennessee," Danny Herron, president and CEO of Habitat for Humanity of Greater Nashville said to the Carters. "(And thank you for) the brand of what it means to serve other people. You’ve done it all your life, and we want to thank you so much for that.”

“We get more out of Habitat than we ever put into it," former president Jimmy Carter said, adding that he had a great time in Nashville in particular. “Not criticizing anybody that we’ve visited before, but this has been the best food that I’ve ever had.”

“They just bring a new spirit to the build and I just have come to love them," Rosalynn said, adding that this was the eleventh build that the Carters had spent with Yearwood and Brooks.

While 21 homes were worked on during the Carter build, enough money was raised to build 59 houses.

“You’re not through in Nashville, a lot more houses to be built," Rosalynn said to the crowd, encouraging Nashvillians to get involved with Habitat for Humanity to help continue their work.

It was announced that the Carter Habitat for Humanity build will take place in the Dominican Republic in 2020.