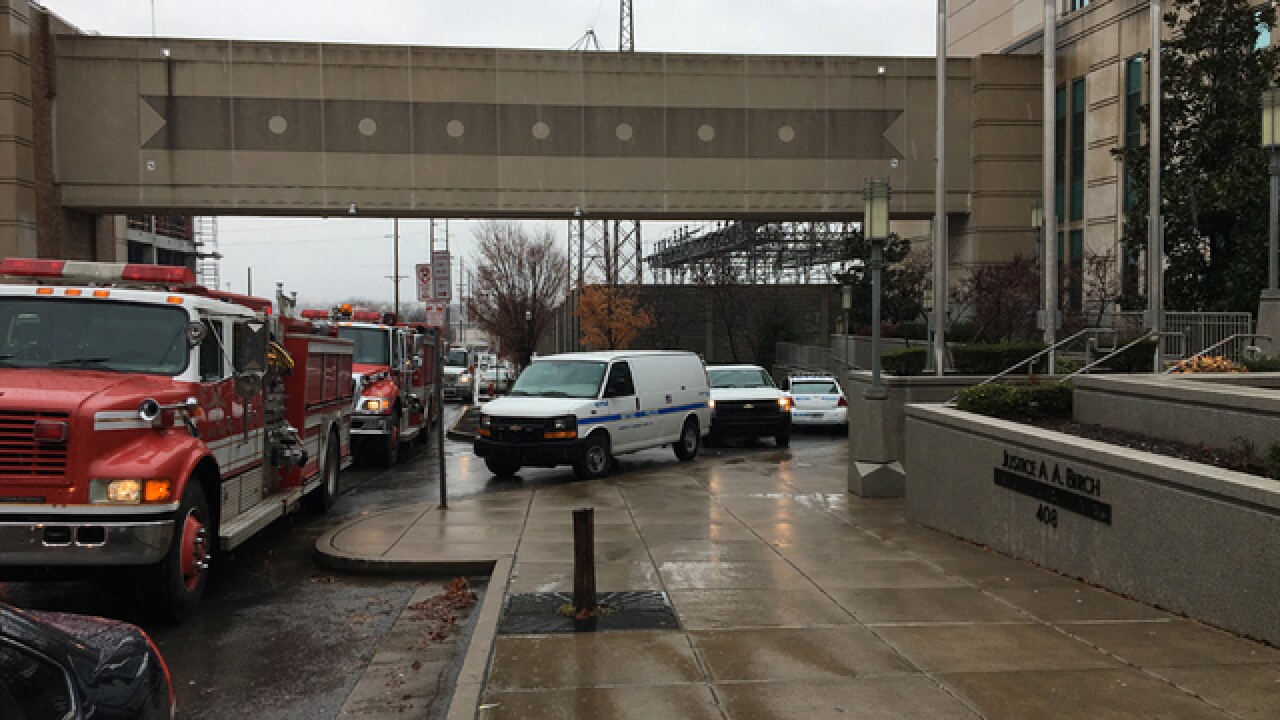 An all-clear has been given at the Justice A.A. Birch Building in downtown Nashville after a suspicious substance was reported.

The report came in Wednesday morning at the building located on 2nd Avenue North.

The Nashville Fire Department tweeted photos from inside the building, saying Hazmat crews were examining the substance

Our @NashvilleFD Hazmat team is preparing to go up and examine the substance. They are getting suited out to make sure our personnel is safe. pic.twitter.com/MUooAXk84m

A partial lockdown of the building was prompted after a letter containing a suspicious substance was opened on the second floor.

Other floors were not affected.

Multiple agencies responded to the scene.