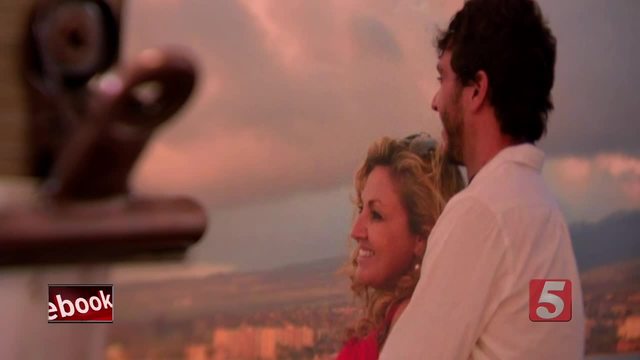 The wife of Sonny Melton, the Tennessee man killed in the Las Vegas massacre, sat down with NewsChannel 5 to talk about the tragedy and how she's using her pain to help others. 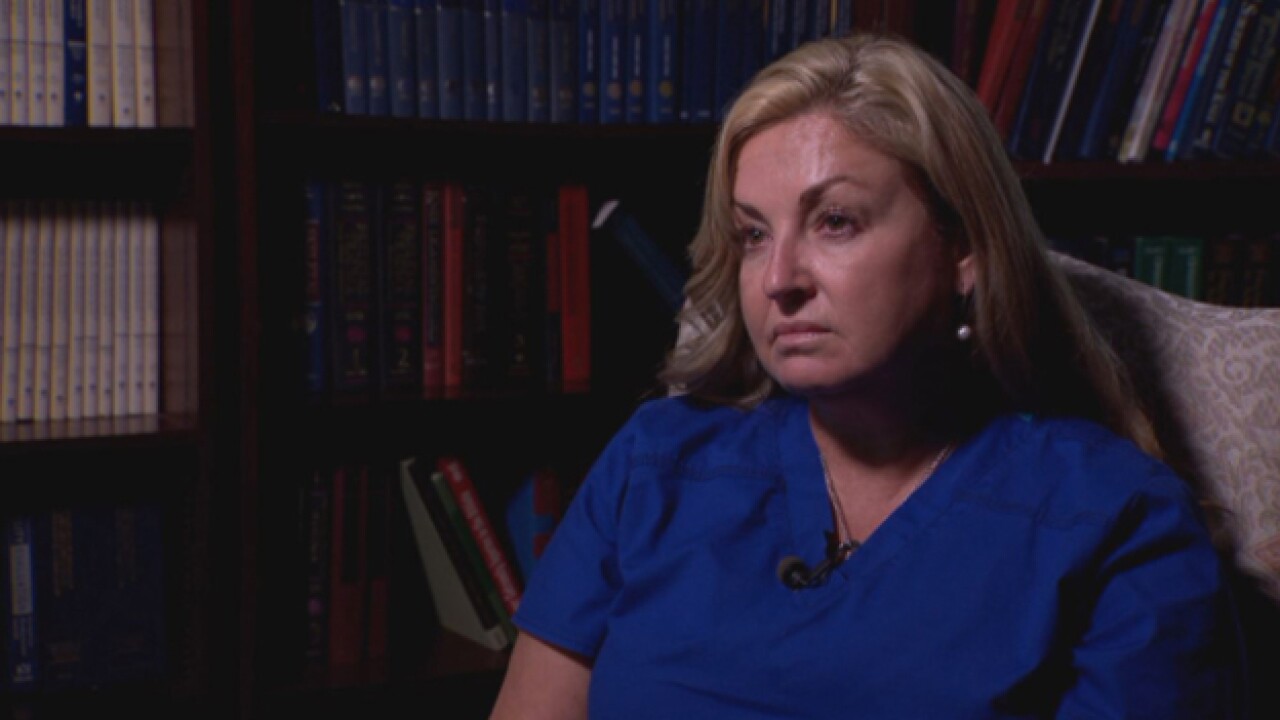 She refuses to say the name of the man who killed her husband on the Las Vegas strip, because for Heather Melton there are more important things to focus her attention - even though she has been consumed by pain and loneliness of immeasurable proportions.

The 49-year-old doctor met the love of her life, Sonny Melton, at a bar a little over a year ago. Heather was 20 years his senior but from the moment this unlikely couple caught one another’s attention it became clear their age difference was inconsequential. This doctor and nurse decided to get married last summer.

“Everyone kept saying it wouldn't work but after a while I realized it didn't matter. We love each other. We were just at a place of peace and joy and happiness together,” Heather said.

Sonny grew up in Big Sandy, Tennessee. A small town on the banks of the Tennessee River, where this hometown boy and his contagious smile were known by everyone who lives here.

“He’s just the most genuine, caring person. Somebody like that you don’t come across often in your lifetime,” Heather added.

Their love for one another and for country music brought them to the Las Vegas strip in early October. Heather and Sonny wouldn’t know it at the time but would end in the same hotel where the man who carried out the worst mass shooting in United State history was also a guest, the Mandalay Bay Resort and Casino.

It was just after 10 p.m. on October 1, 2017 when Heather recalled hearing the first shots. She remembered it being dark, loud and chaotic as music was still blaring from the concert stage in front of them. She couldn’t tell where the bullets were coming from.

“It’s like being dropped in a war zone but you’re not a soldier and you don’t know where your enemy is or where they’re coming from,” she recalled.

Heather told Sonny they should get on the ground, the last thing the love of her life would say to her is that he thought they would get trampled by the crowd trying to escape the chaos.

“He turned around and grabbed me from behind and that’s when I felt him get shot in the back and he fell to the ground. I started doing CPR. He was bleeding from his mouth and I’m trained to take care of people like that but it’s a lot different when you’re in that situation and I had no control of what was happening,” Heather said through deep breathes as she held back tears.

Their final moments together would be spent in the bed of a stranger’s pickup truck with two other people who had also been shot. By the time they arrived to the hospital, Heather said she knew Sonny was gone.

“I’m glad I was with him the whole time because other people lost track of their loved ones. I think he died really quickly. I hope he did,” she said.

Heather would not say the name of the man who killed her husband and 58 other people. Instead she focused her attention on the good that has come out of the hellish darkness on the Vegas strip that night.

Almost a month after Sonny’s death, Heather has worked to establish two separate funds in his memory. One will help high school seniors go into nursing school like her husband.

The second fund named “Living the Dream Foundation,” will help various organization around Big Sandy that were near and dear to Sonny’s heart.

“It give me a way to honor my husband, it gives me a way to talk about him,” Heather said.

A silent auction fundraiser for the “Living the Dream Foundation” is being held this Wednesday in Paris, Tennessee.

Wednesday's fundraiser will be held at the Krider Performing Arts Center at 7 p.m.

Tickets are $15. Donations can be made online on the scholarship fund website or checks can be mailed to Apex Bank at P.O. Box 549 Camden, TN 38220.

Three weeks after losing her husband, Heather has returned to work at the practice she and Sonny worked at together. Heather says she will missing having Sonny in the operating room with her.

Soon she’ll moving into the lake house they were building together on the edge of town. She’s decided Sonny should be buried in the front yard.

“Big Sandy for me was Sonny, Sonny was Big Sandy. I know that’s where we were both happy. He would want me to stay there.”