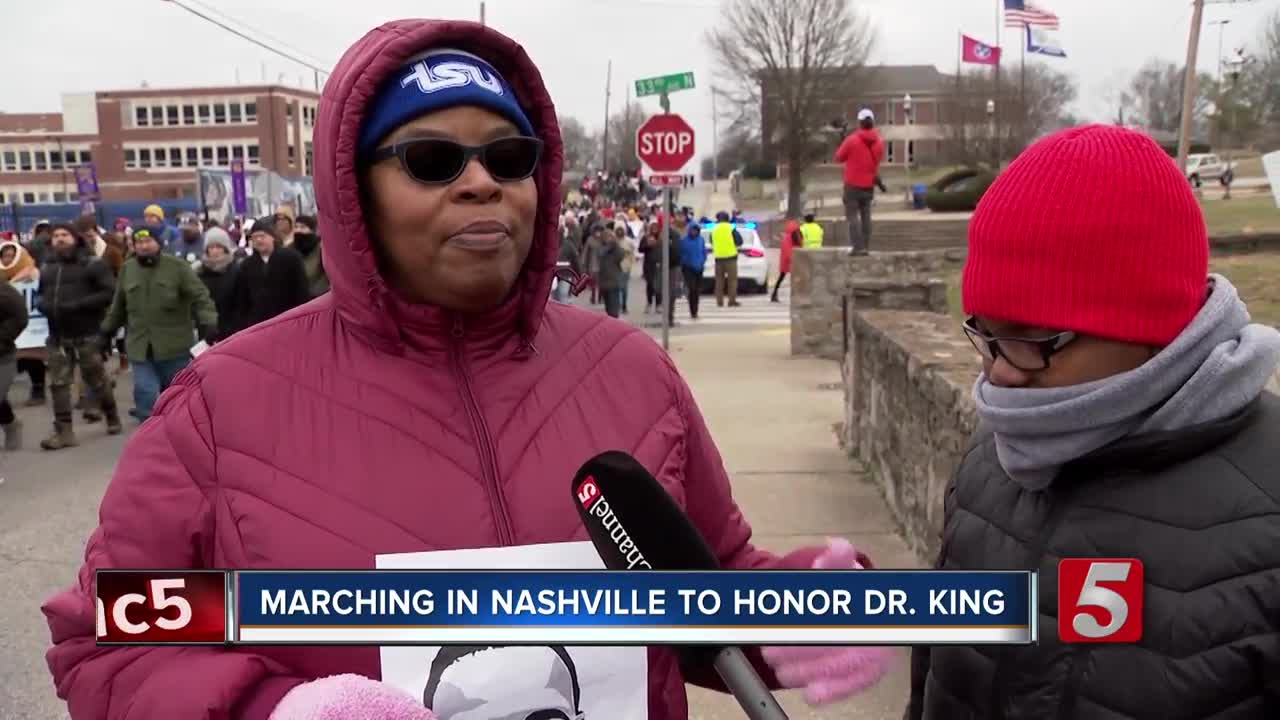 The nation is marking the legacy of Martin Luther King Jr. on the holiday memorializing the civil rights leader. 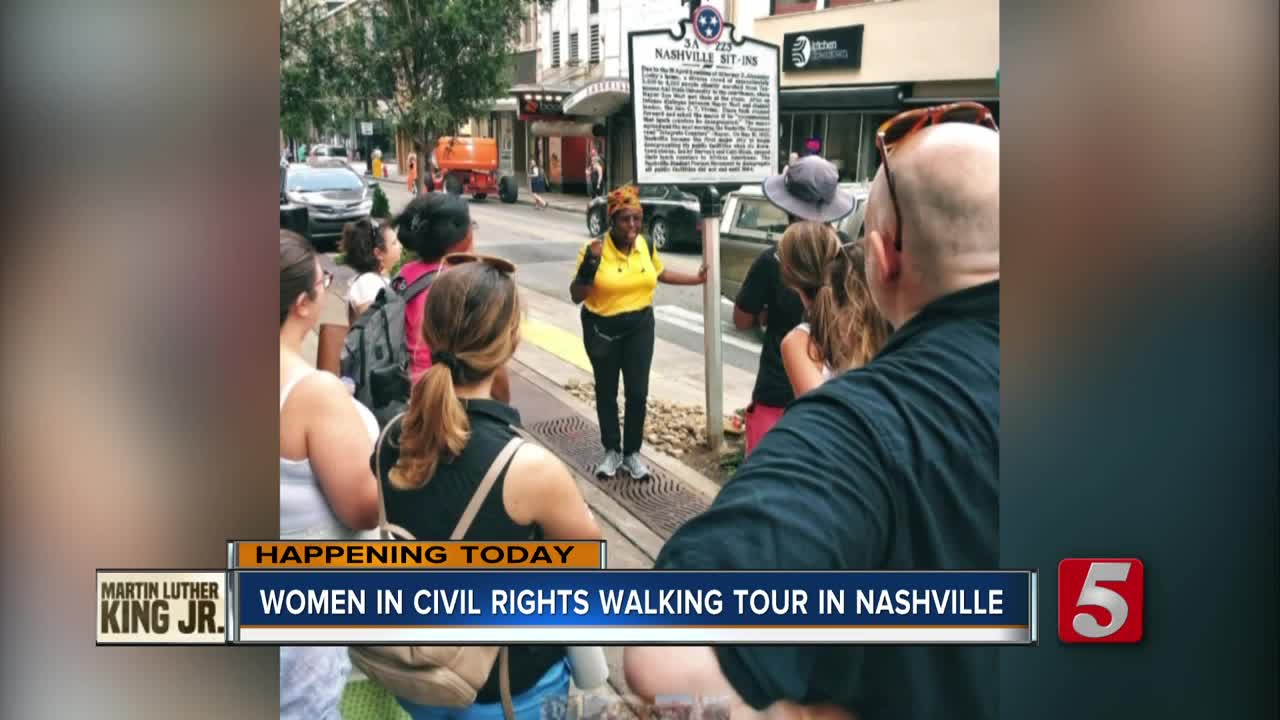 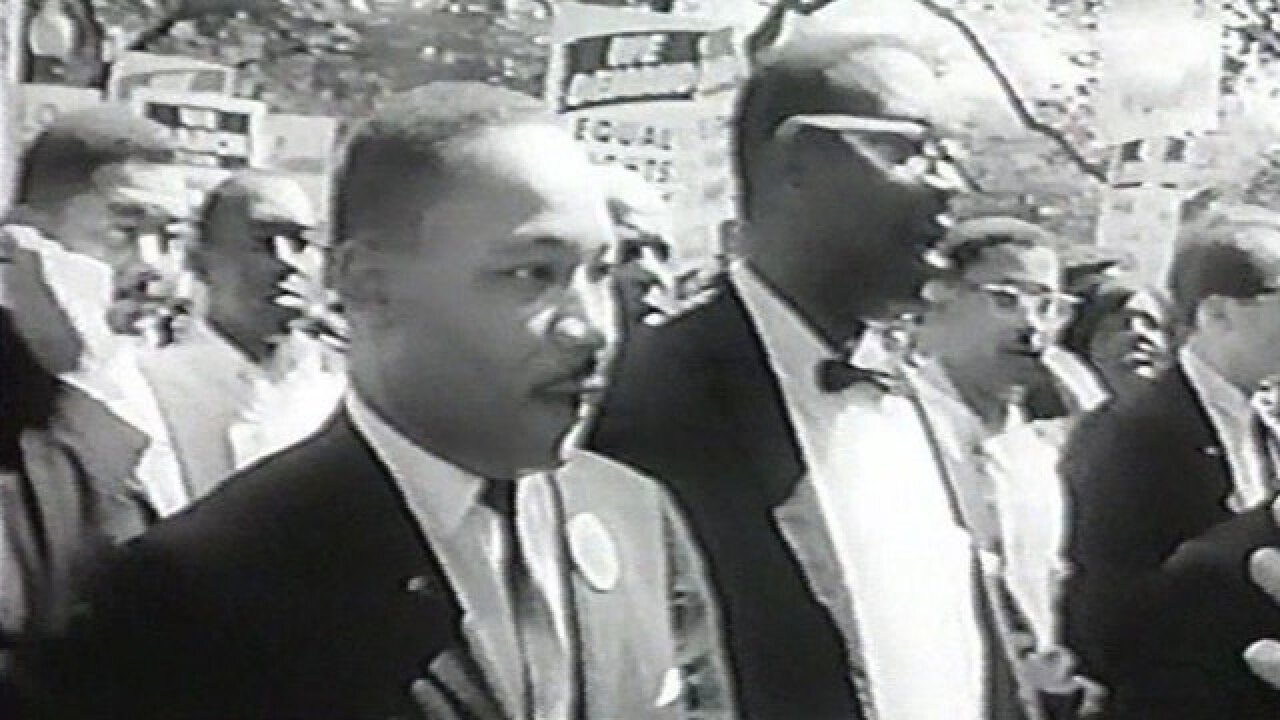 NASHVILLE, Tenn. (WTVF) — The nation is marking the legacy of Martin Luther King Jr. on the holiday memorializing the civil rights leader.

This year’s annual MLK breakfast in Nashville featured a conversation between Judge Richard Dinkins and Cyntoia Brown-Long about what Dr. King's legacy means for modern times.

The Interdenominational Ministers Fellowship hosted a march in his honor from Jefferson Street Missionary Baptist Church to the Gentry Center.

The Discovery Center in Murfreesboro will also host its annual celebration from 10 a.m. to 5 p.m. At the event, children and their families can look further into Dr. King's legacy through art, music, and film. Harlem Globetrotters star Scooter Christensen will also be there and will lead a Unity March with families.

You can also learn about female civil rights leaders during a walking tour of Nashville's history in the 60s. United Street Tours is launching the "Secret Network of Women in Civil Rights" tour today. It highlights women like Diane Nash, Gloria Mckissack and Elizabeth McClain. The tours will run through the end of October.