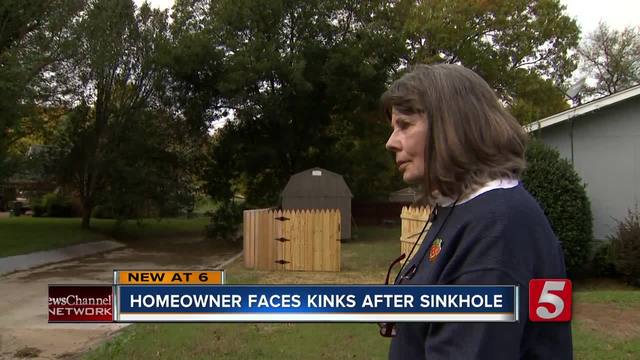 A Hermitage homeowner said she is still facing problems after a sinkhole was repaired behind her property earlier this year. 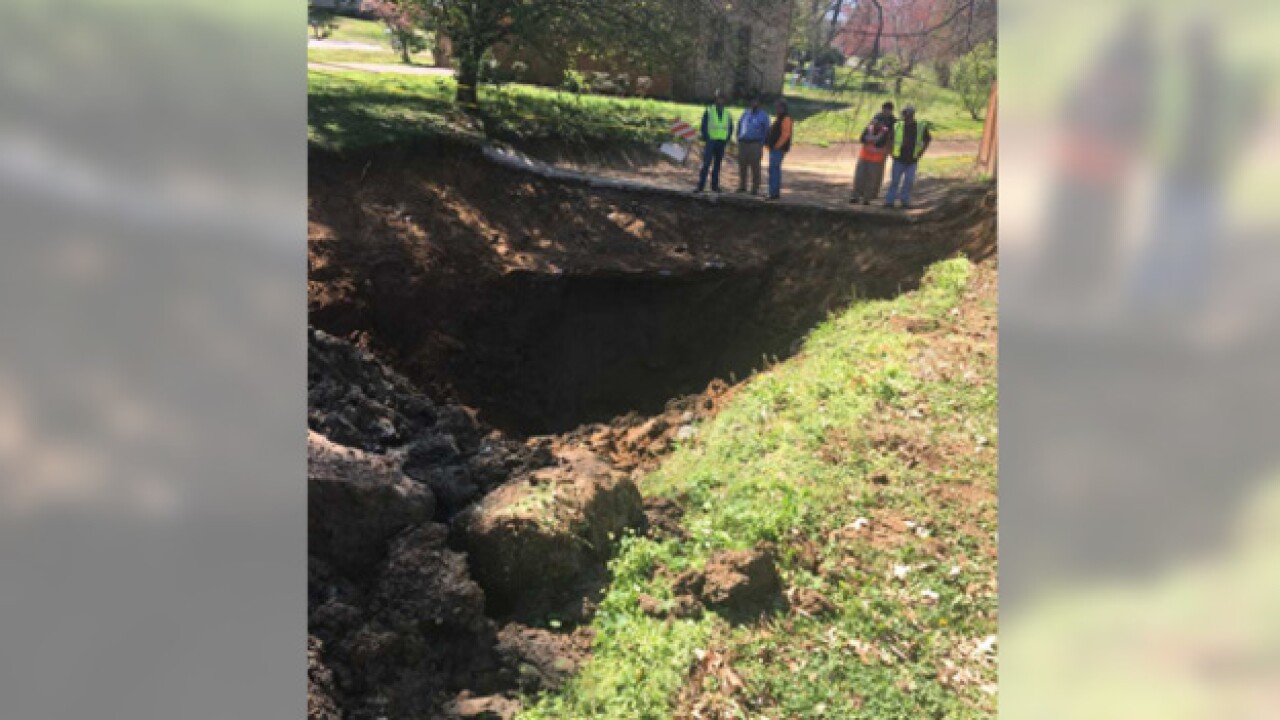 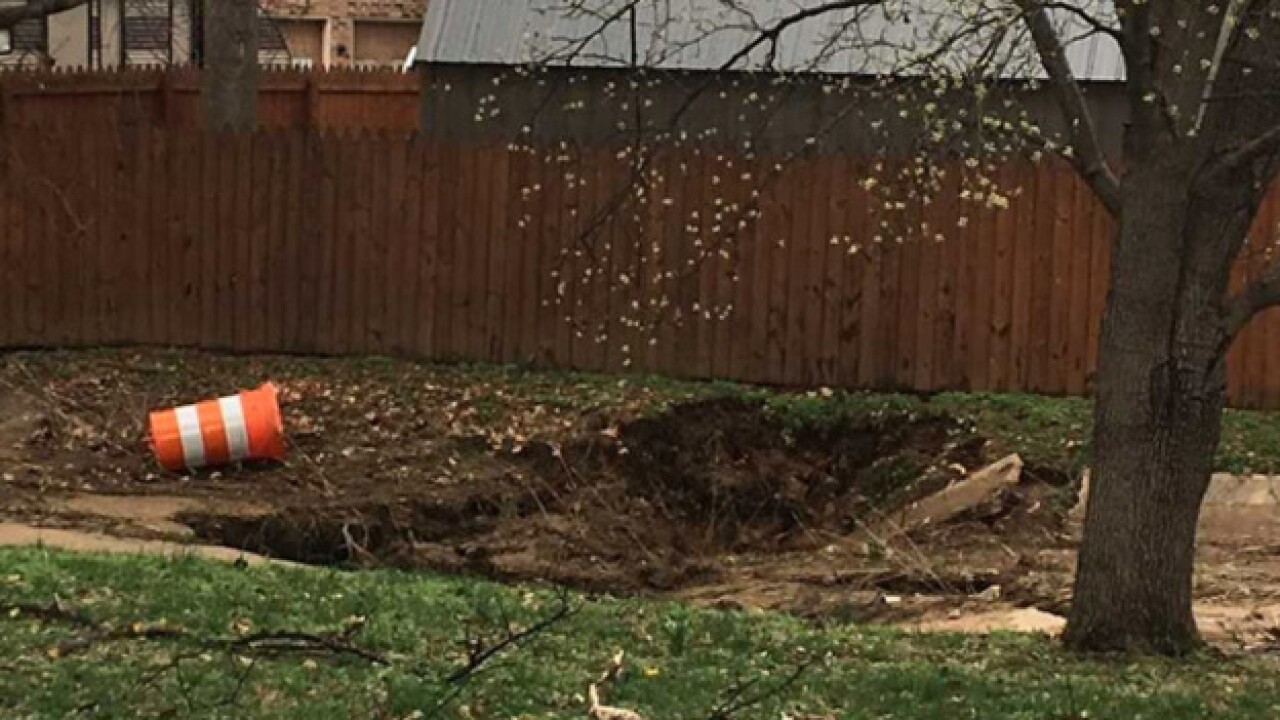 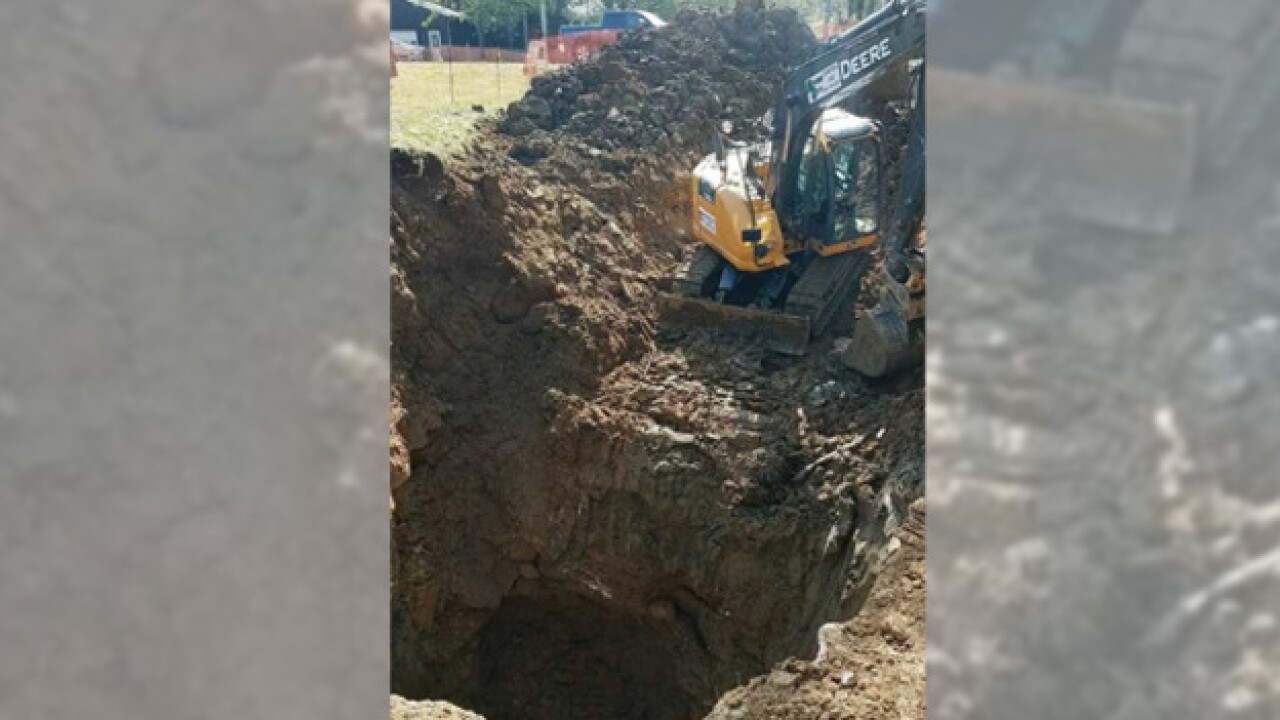 A Hermitage homeowner said she is still facing problems after a sinkhole was repaired behind her property earlier this year.

Karen Kennedy moved into her new home on Port Jamaica Court in Hermitage last November. However, the cracks on a culvert behind her home grew into a sinkhole a few months later. It ate away at the edge of her backyard and posed a big safety risk among neighbors.

Through the help of Councilman Steve Glover, Metro Water Services and other crews underwent an extensive project to repair the issue. Kennedy shared pictures to NewsChannel 5 of the large hole that was dug up and the repaving work.

Since the work was completed, Kennedy said there were other issues involving her fence and storage building. Crews had to initially take down and replace the fence and move it up a foot in order to repair the sinkhole, which Kennedy understands.

It was only a few weeks when she someone fixed the get the gate working properly.

Kennedy has been continually contacting the city and project manager for months. She appreciated all of the work but she questioned who is responsible for one last work to stain the fence.

"I said just get it so it matches the old one as close as possible," Kennedy said.

She claimed that communication has stopped. As much as she can pay to get it stained, she said it should not be up to her.

"They come down, they take down the fence to do their work and put a new one, well then fix it, just fix it right," she said.

A Metro Water Services spokesperson said crews went above and beyond by assuring her property will be protected in the future. They took out an old and rotted portion of the fence and replaced it with a brand new one.

The spokesperson said they do whatever they can to keep consumers happy.