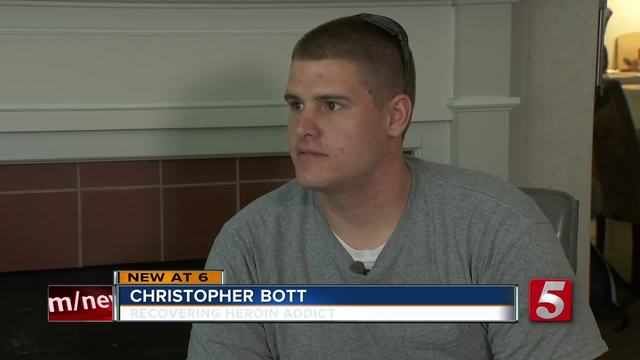 Lebanon police officials warned residents heroin overdose cases have increased in the last several weeks. A post on the department’s Facebook page also says Fentanyl has been found in many of these cases.

The statistics aren’t surprising to Brandy Worman, who is the Executive Director of The Hope Society.  The non-profit organization in Lebanon operates transitional housing for recovering addicts.  Worman said the homes can provide stability and structure people need when they are fresh out of a drug treatment program.

“It’s a vicious cycle,” said Worman. “If you don’t change what you’re doing, you will be back where you started, if you make it at all.”

Worman operates a house for men and a separate one for women. Residents have to stay a minimum of 90 days, pay rent, get a job, and go through random drug screenings.

“It’s just beautiful to see the people actually love life again instead of being captive in their addiction,” said Worman.

Christopher Bott, 28, is currently living in the men’s house in Lebanon. He started using heroin in 2015, and has attempted to get clean 4 times. He is hopeful this time will be different.

“I just woke up one morning and decided I was tired of trying to chase it down and waiting for people to bring it to me,” said Bott.  “You have to be ready to quit yourself. You can’t do it for anybody else but yourself.”

Bott said he wanted other addicts to know there are places to turn for help, but they have to take the first step and reach out.

Lebanon police said online they are dedicated to helping eradicate the problem in the community. They encouraged anyone struggling with addiction to reach out to family, churches, non-profits, or health agencies.  The police department can also help connect you to the resources you need.