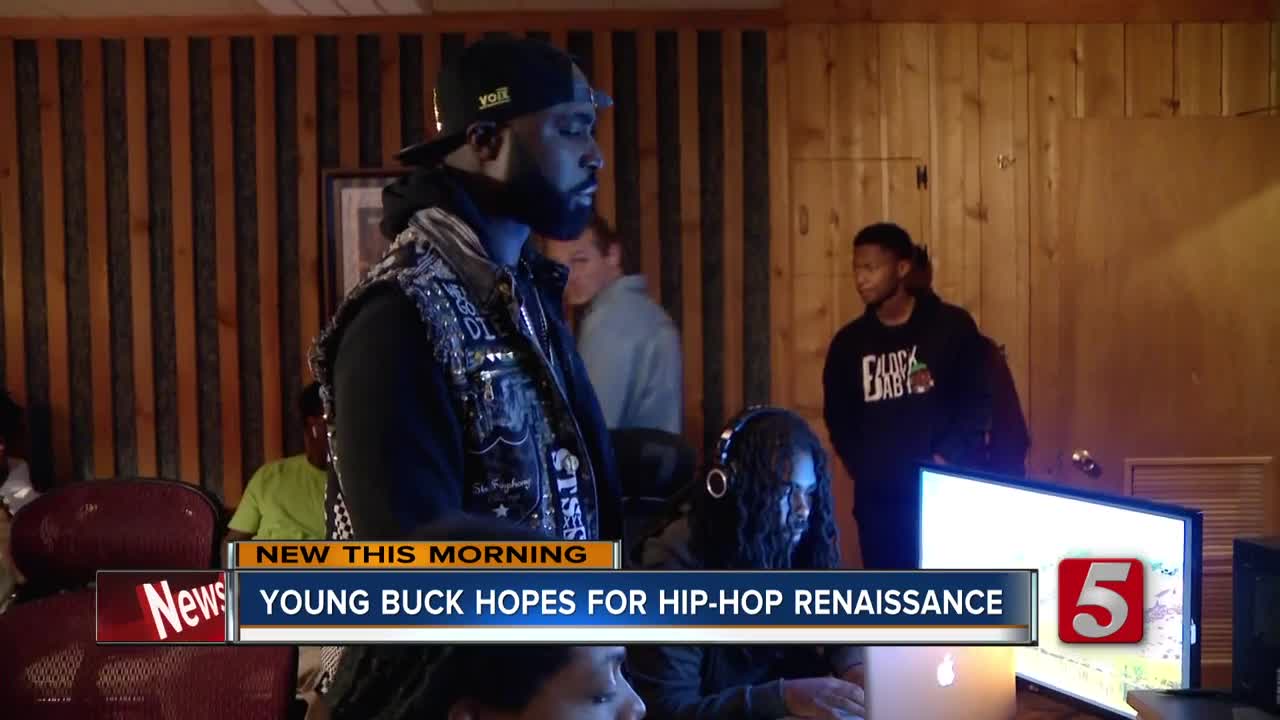 NASHVILLE, Tenn. (WTVF) — In a city where Country Music has a place to call home, hip-hop is undergoing a renaissance in Music City.

From the beginning of his music career, 38-year-old David Brown known as Young Buck has represented Nashville.

He wears his "615" chain on and off the stage and works with others from Nashville, like producer Kenneth Samuel.

"If you come from a city where people don't necessarily go to for urban music, then it's like everything and all the odds say that you can't come out of the city with this type of format or music," said Samuel.

With an opportunity to launch his career under Cash Money Records, Brown left his hometown at just 14 years old.

It was 1995, yearning for his big break the "bonafide hustler," he says he would get CD's pressed and handed them out to make some cash. A struggle he said new artists today just don't know.

"I'm one of those artists that took the sacrifice for the artist that we have coming up now." Brown explained.

During his career, Brown almost lost everything including his life.

He survived being critically shot. In 2012, he was convicted of weapons charges and jailed. Often reflecting on the inside, he came across a magazine article featuring Taylor Swift, who revealed her admiration for Young Buck.

"Praying that I would make it back home to the city when I read that," said Brown. "I told myself as I'm reading, that I never knew I was the motivation for someone like a Taylor."

Now, Brown continues to work on his latest project while mentoring young artists like Nashville native Breion Dixon, known to his fans as 2LiveBre.

Dixon says he's glad he doesn't have to leave his home to pursue his dream.

"I decided to stay here because I understand that the culture is developing," said Breion Dixon. "You have to think about it. Why would we give so much time and energy somewhere else? When we can build it here."

Today, Brown wants to make sure everyone in Nashville can hear whatever music they like under the same roof.

"You put country artists, and hip-hop artists on the same bill," said Brown. "We live together. So why not bring us all the way together?"

These artists work out of Bradley's Barn in Mount Juliet. The famed studio recorded icons like Loretta Lynn and Johnny Cash. Brown says his goal is to collaborate with other genres soon.