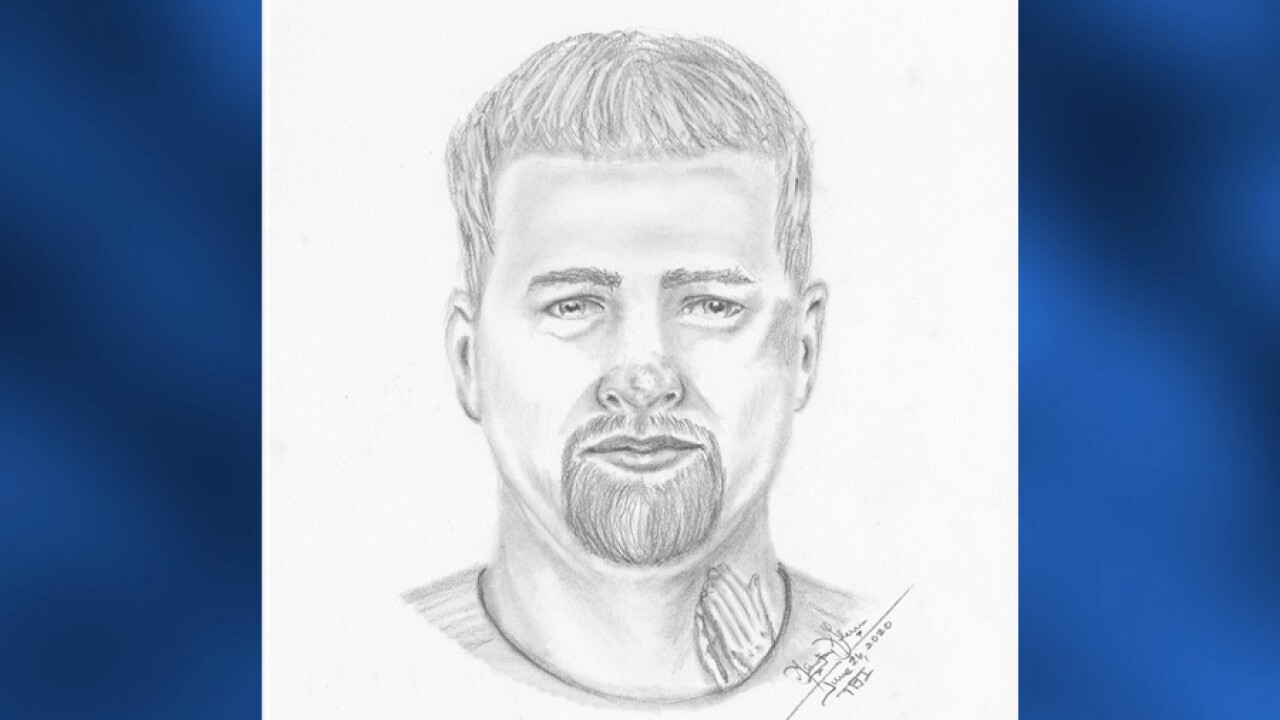 The robbery happened at 5:30 p.m. on June 11 at Bledsoe Creek State Park. Sumner County Sheriff’s officials said victim, who is from Pennsylvania, picked up the suspect who was hitchhiking near the Tennessee-Kentucky border on U.S. Highway 231.

The victim was driving to Nashville when investigators say the suspect said he knew a shortcut and directed him to Bledsoe Creek State Park. The suspect overpowered the victim and took his car.

The vehicle is described as a Silver Buick Encore with Pennsylvania license plate number HPV4739.

A Tennessee Bureau of Investigation sketch artist provided a depiction of the suspect. He’s described as being about 5'6 to 5'9 with dark hair with some gray and a large praying hands tattoo on his neck.