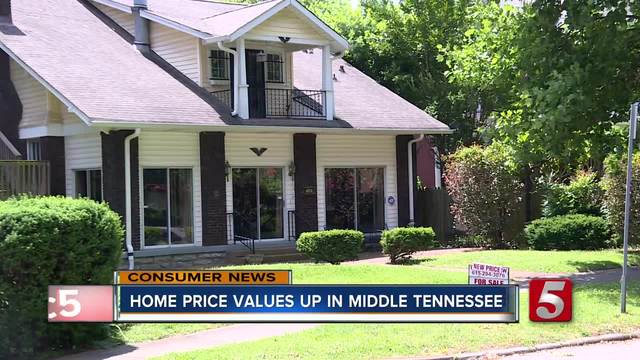 The median price for home sales in Williamson County looked to be $500,000 for the first time in April  according to Greater Nashville REALTORS.

Home price values in the Williamson County area closed at $503,250 in April.

Sher Powers with Greater Nashville REALTORS said home values in the county are at an 11.5-percent increase since April 2017.

"Keep in mind, number one that is the middle meaning there are houses below that price point available and second work with a realtor who has a lot of peer relationships. They're going to know what's coming up in which neighborhood," she said.

"Cheatham and Robertson counties show the best value for the money but you'll have a greater commute if you're coming into downtown," Powers said.

"Recommend having a bank letter, get prequalified, be prepared financially. Know what you need to put down prior to looking because you really have that day to make a decision," she said.

Home experts want you to be prepared as much as possible when you're ready to buy.