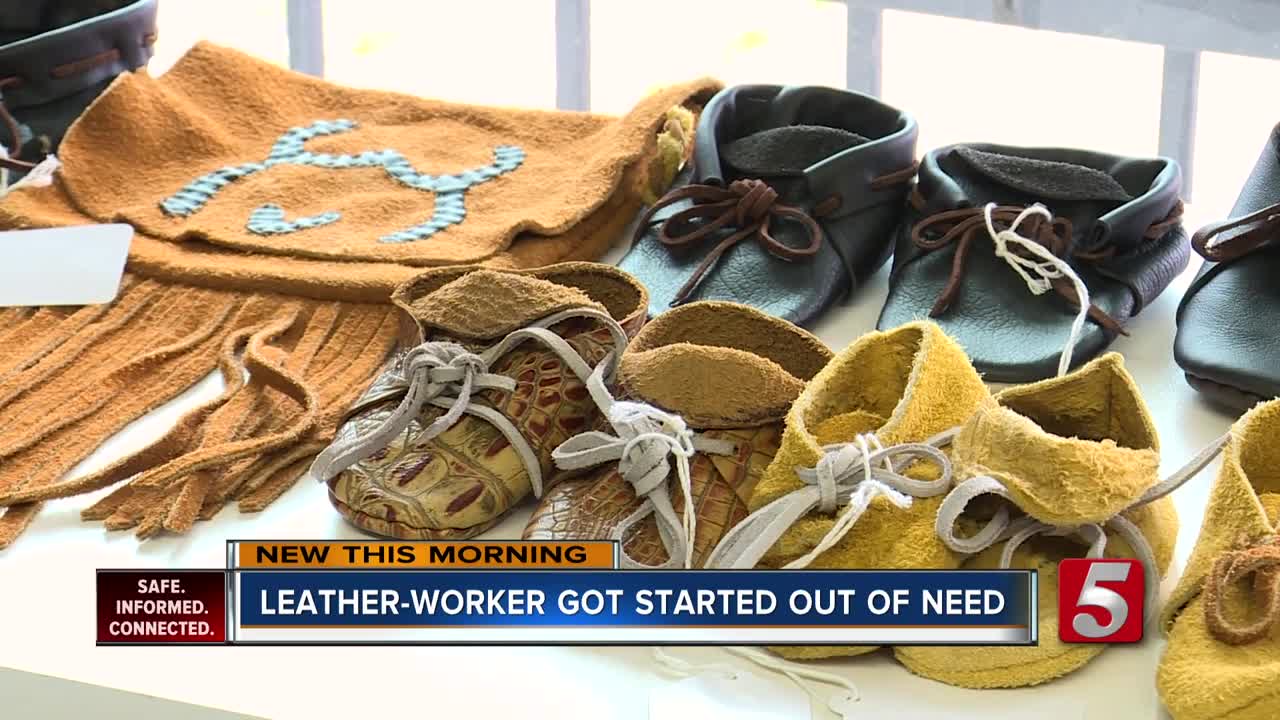 With his leather backpack, satchel and shoes, Ean Greer makes his way around the city, wearing clothing and accessories he makes -- by hand. 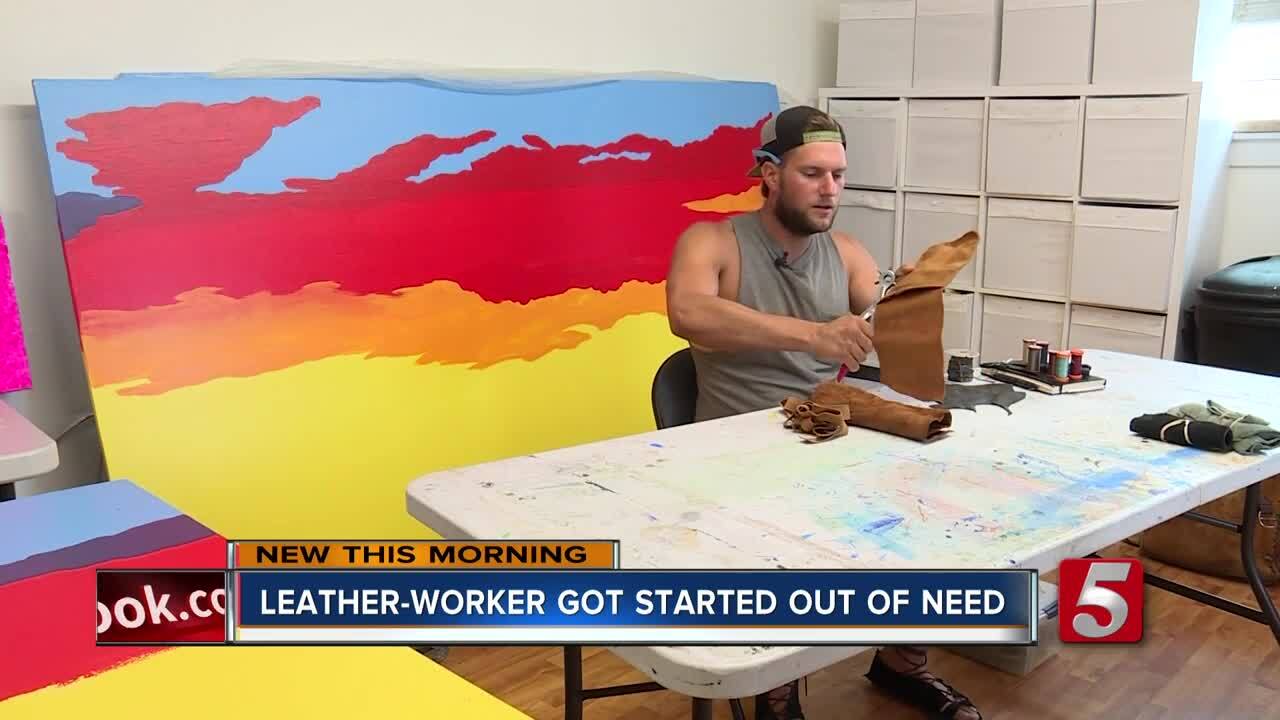 NASHVILLE, Tenn. — It's hard not to notice Ean Greer.

"I stick out. I can't help it," he said, "Everything that I make is something that people wore liek thousands of years ago."

Leather backpack, satchel and shoes. He makes his way around the city, wearing clothing and accessories he makes -- by hand.

"I started doing this for me because I wanted moccasins," he said.

Every stitch, every design.

Ean works out of East Nashville non-profit Poverty And The Arts (POVA), a professional studio that gives artists like Greer a place to work.

Greer says he's been homeless for about seven years.

"You have a lot of freedom but you don't have a lot," he said.

He started making his own footwear after his store-bought shoes kept falling apart,

"[I] used to hitchhike around a lot everywhere, always having no money. No money for socks," he said.

Greer says being a homeless artist is a struggle and his parents worry about his life outside.

Happy to create the pieces he loves, hoping one day the art affords him a more permanent place to live.

Since joining the collective, Greer has filed for a business license and is working on getting business insurance so he can sell his works at the downtown farmer's market. POVA has paid out over $25,000 in payments to artists impacted by homelessness and will be celebrating its 5th birthday this July.