It’s almost time for early voting to begin for the August primary in Tennessee. 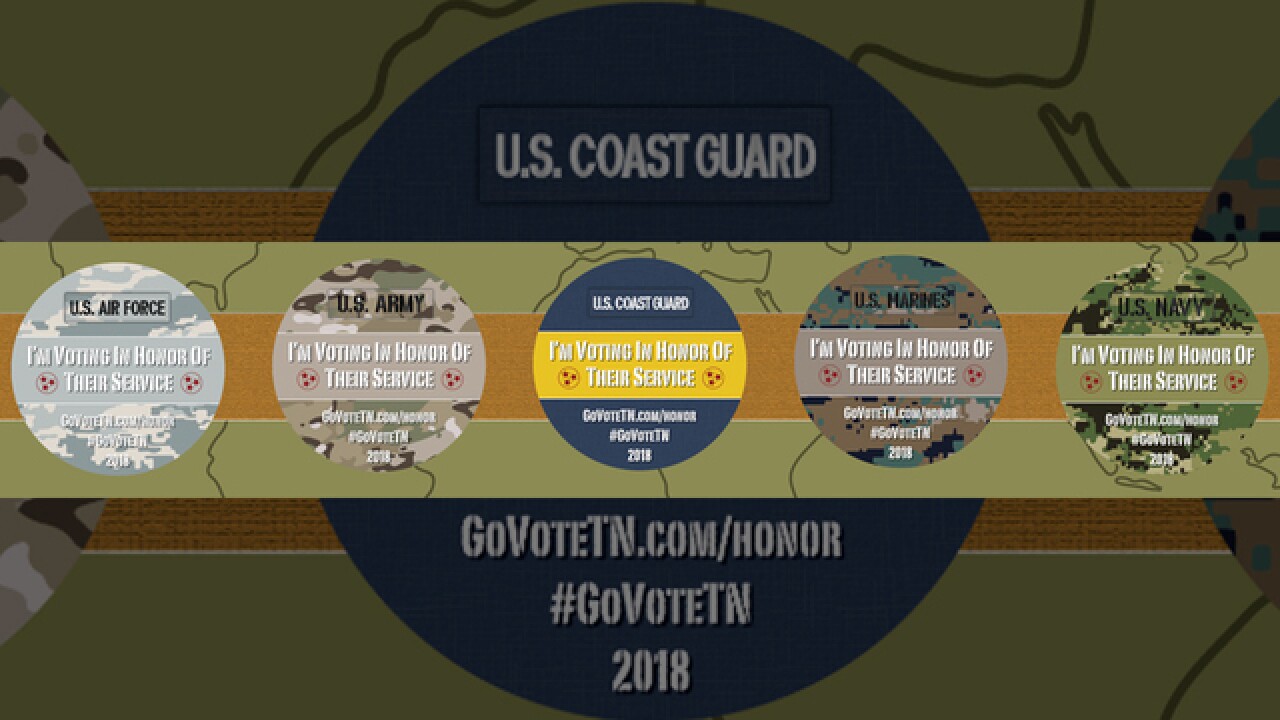 It’s almost time for early voting to begin for the August primary in Tennessee.

Just as a reminder, you can dedicate that vote to a veteran or an active service member, and this week, a couple of new features were added to the Tennessee Honor Vote program.

One of the new features includes five buttons, one for each branch of the military.

Nick Ragsdale is proud of his late father's service in World War II.

“He served in Utah with the 509th special composite group,” Ragsdale said.

Ragsdale holds his father’s pictures dear, as well as letters written home from the war and even his dad's selection notice calling him to active duty.

When he heard about Tennessee's Honor Vote program several years ago, Ragsdale immediately signed up and has added honor buttons to his collection.

“Just a little nicer sticker than ‘I voted,’” Ragsdale said. “You can save them, but I’ve got them where they sit on the mantle.”

The honoree's name is also added online to a state registry and posted on the Honor Votes social media pages, including Twitter, Facebook, and Instagram, with the hashtag #govotetn.

For Ragsdale, it's about honoring his dad, but you can share a military story about any service member you'd like to honor.

Those who have participated said wearing the button is a great way of saying, “Thank you for your service.”

There's still time to enroll to get your honor button before early voting begins on Friday, July 13.

If you want to sign up, visit the Tennessee Honor Vote program online.