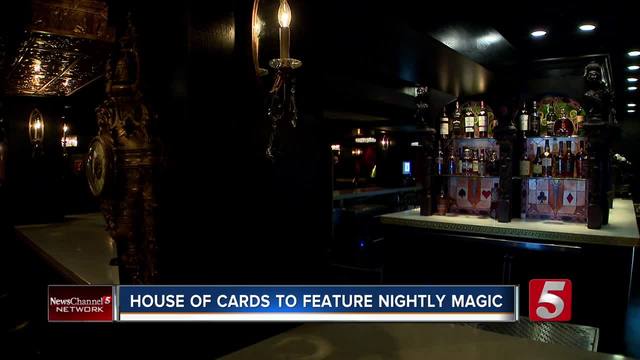 A magic-centered and themed restaurant and entertainment experience called "House of Cards" will be opening up beneath the Johnny Cash Museum on April 9. 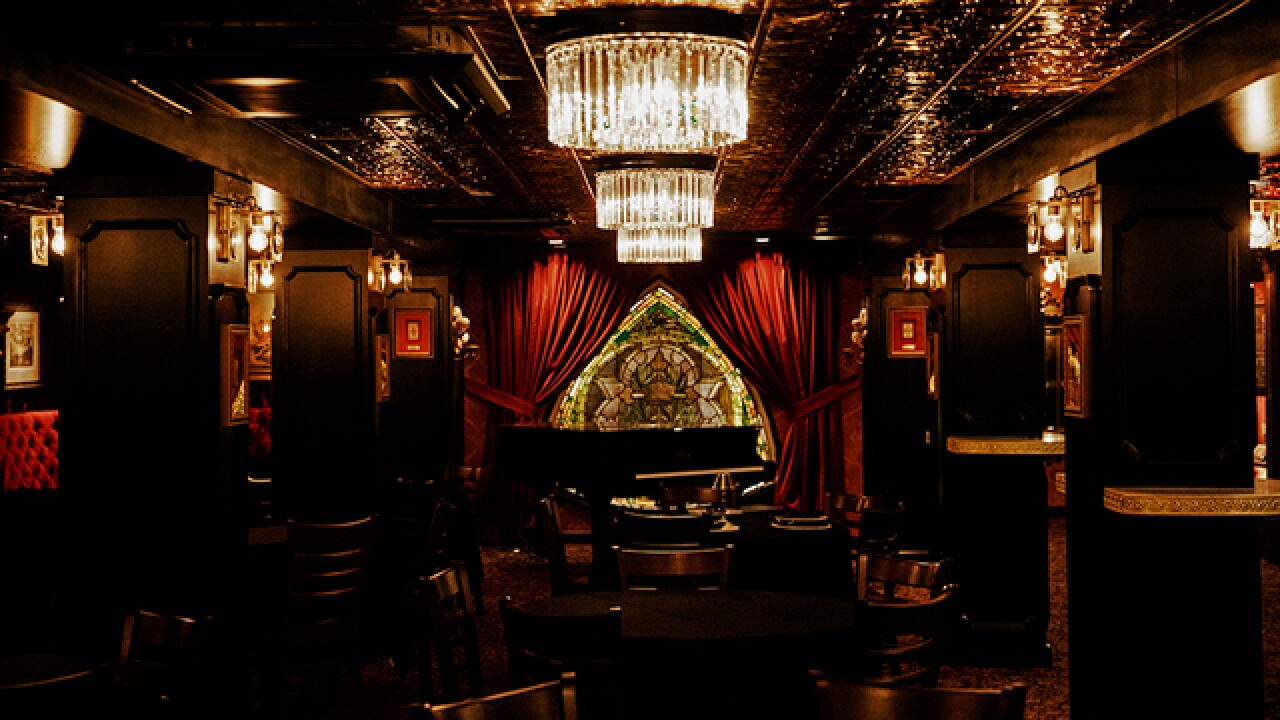 A magic-centered and themed restaurant and entertainment experience called "House of Cards" will be opening up beneath the Johnny Cash Museum on April 9.

The venue is called House of Cards because of the rare and unique cards that are displayed throughout the restaurant, as well as due to the fact that cards are one of the main tools used by magicians.

House of Cards is owned and conceived by Bill Miller, the owner of the Johnny Cash Museum and Patsy Cline Museum on 3rd Avenue, just off Broadway, and it's located underneath the two existing museums in the basement of the property.

Miller said he decided to stray from his other businesses, which also include Nudie's and Skull's Rainbow Room, to bring something completely unique to Nashville.

“We wanted something that was totally different. This is our gift to Nashville. It was an incredibly risky thing to do because nobody’s ever done it before," Miller said. "We felt that there was a need that needed to be served. People want to bring their guests here, spend an entire evening, be entertained, have great food, great drinks. It’s just something that we want for ourselves and a gift to our fellow folks here in Nashville.”

House of Cards is 9500 square feet and takes a lot of influence from The Magic Castle in Hollywood, California.

When guests arrive, they'll go through a secret tunnel to the basement where they'll be greeted by a room with a speakeasy feel, reminiscent of the 1930s, filled with a multimillion dollar collection of art, European antiques, and magic-related artifacts. Miller was able to find a playing card from Germany that dates to 1490, as well as numerous vintage magic posters celebrating the world's greatest magicians, and even a handcuff device known as "The King Breaker," created, owned, and used by Harry Houdini.

Miller said House of Cards celebrates the art of magic, classic American cuisine, and fine hand-crafted cocktails under one roof, and he built it with locals in mind, wanting to supply an experience that people who live in and around Nashville will truly enjoy.

There is also a private dining room named after world renowned magician Harry Blackston Sr., who once headlined the Ryman Auditorium and was a member of the Nashville Magic Club.

“I talk to people and they go, ‘Hold on, gotta go, it’s 5 o’clock, I gotta get out of downtown.’ We think this will bring people back downtown. Valet parking, reservations only, dress code. It’s a place where people are going to come to feel special," Miller explained.

Reservations are required to eat at House of Cards, but people can get lucky if they show up to get a place at the bar. The dress code requires men to wear a button-up shirt as well as a sports coat or dinner jacket, and women are asked to wear dressy business wear or cocktail attire.

There are also no photos allowed inside of House of Cards, truly allowing people to take a step back in time and be in the moment. Miller also believes it will make celebrities feel more comfortable, knowing they won't have to worry about people taking their picture.

At the center of it all is the magic. Some of America's best magicians will be stationed throughout House of Cards to provide illusions and tricks through the entire evening,There is also a magic showroom that features multiple live performances each night, with tickets being obtained through reservations.

“When you come here and you see the talent of these magicians that we have on the floor, I’ve seen the same illusions performed probably 50 times now, and I’m still blown away, still haven’t figured it out," Miller said.

Many of the magicians have performed at The Magic Castle in Hollywood and constantly travel around the country performing their magic for audiences.

The bar itself features one of the most comprehensive liquor and cocktail selections in Nashville, and there is a cigar humidor and private cigar lockers in addition to a climate controlled outdoor patio for people to use if they choose to smoke cigars at House of Cards.

House of Cards is scheduled to be open from 5 p.m. to midnight on weekdays, and 5 p.m. to 1 a.m. on weekend nights.

For more information or reservations, you can visit the House of Cards website.