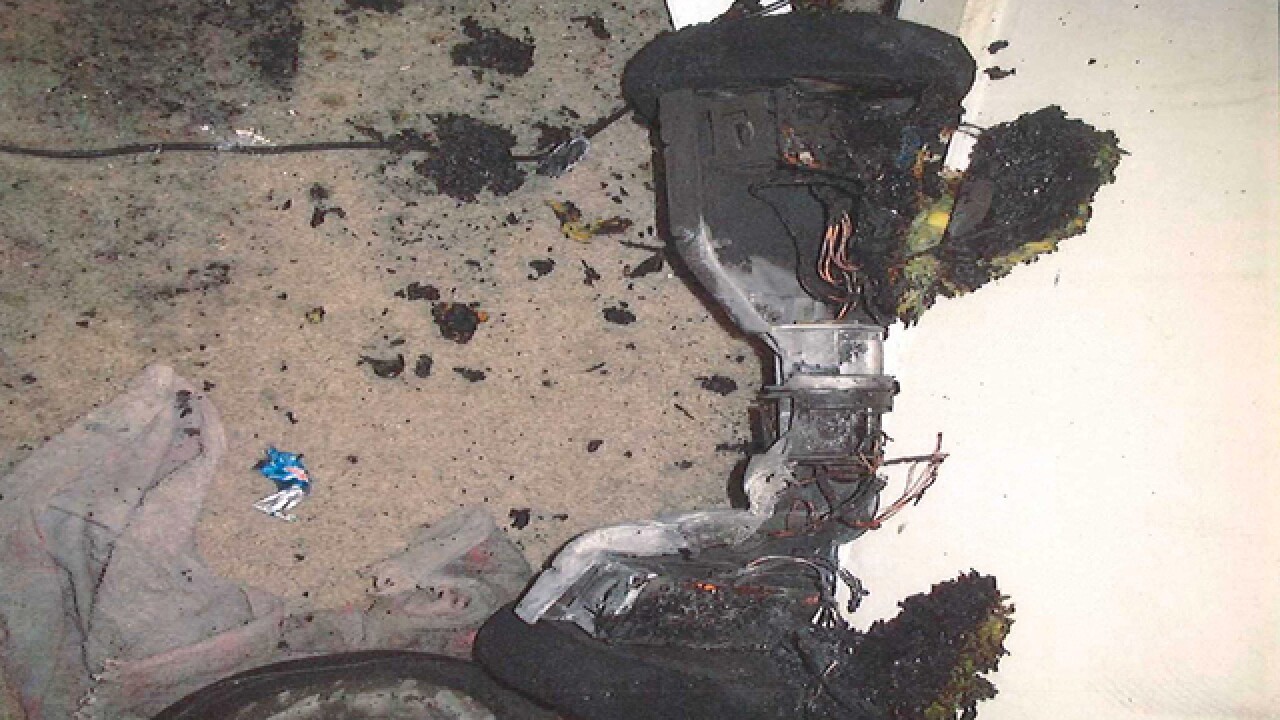 Investigators have determined that a charging hoverboard was the cause of a house fire in South Nashville.

The incident happened Wednesday around 2:30 pm in the 700 block of Piccadilly Row.

Nashville Fire officials said the homeowner told them the hoverboard was charging when the lithium-ion batteries overheated and exploded. The family was home at the time.

Smoke detectors alerted them and the father used buckets of water to control the flames until crews arrived.

Damage was reported to the carpet, walls and ceiling in the corner of the room where the hoverboard was charging. However, it did not spread from there.

A hoverboard was also blamed for a house fire in Davidson County in January 2016. The United States Consumer Product Safety Commission said a hoverboard caused a deadly fire that killed a 2-year-old girl and 10-year-old girl in Harrisburg, Pennsylvania, in March 2017.

Hoverboards should be compliant with the UL2272 safety standard. However, investigators said even UL2272 compliance can’t guarantee that it will not overheat or catch on fire.

Click here to see if a hoverboard has been recalled. Officials released the following tips for consumers: