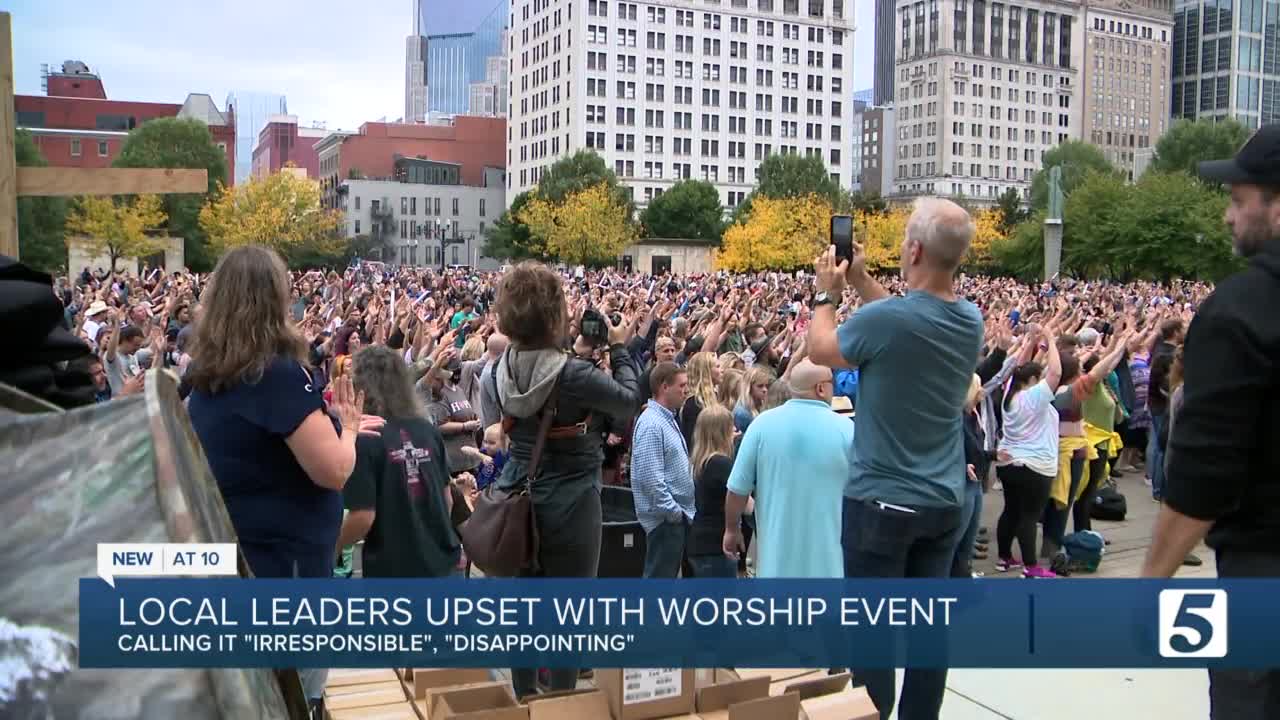 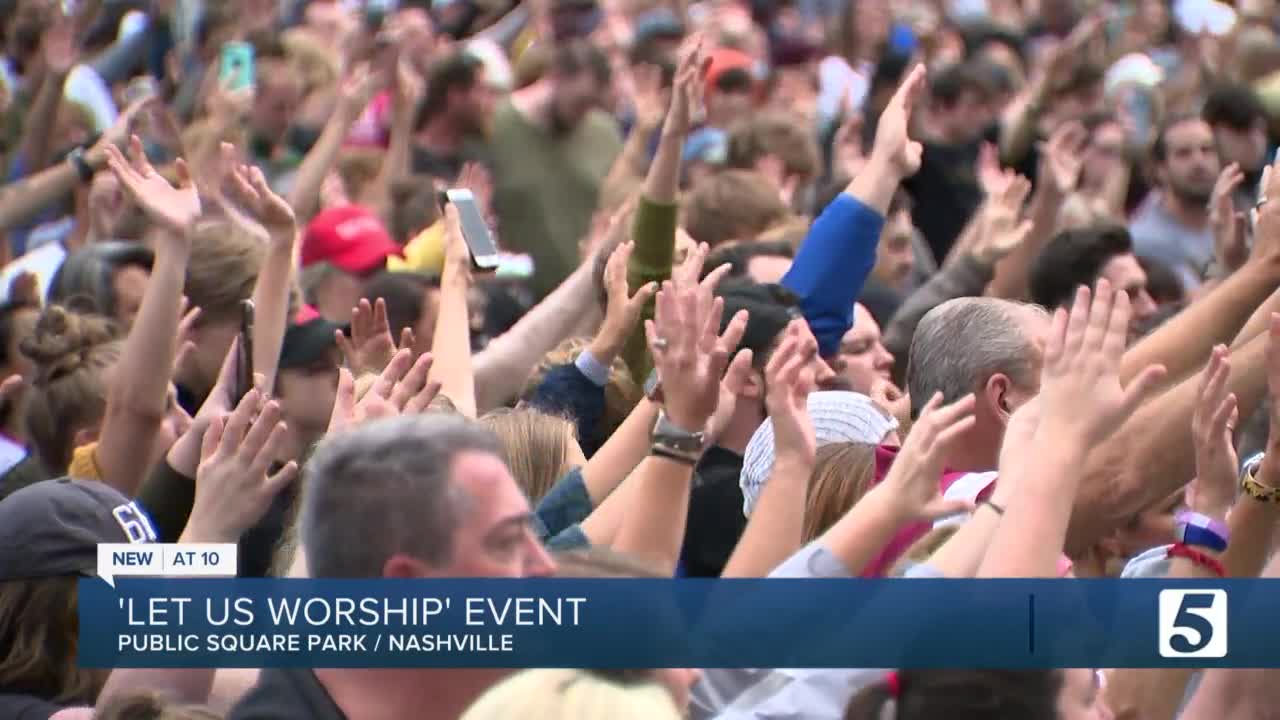 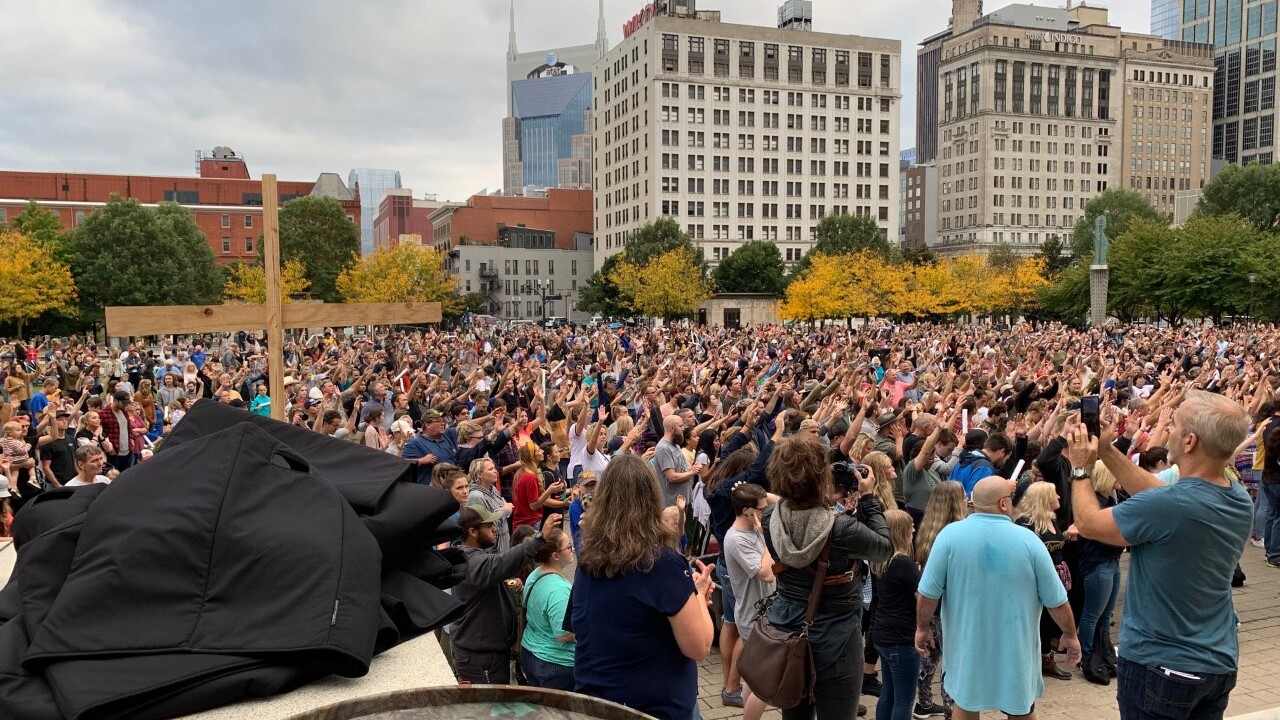 NASHVILLE, Tenn. (WTVF) — Hundreds of people took part in a protest with a prayer worship service in Public Square Park on Sunday afternoon.

The "Let Us Worship" service was led by a group that travels the country saying that the church will not be silenced.

"We travel from city to city leading worship. After the pandemic, people are locked down, churches are closed," said Charles Karuku with International Outreach Chruch. "This gives people an opportunity to come out and worship God in an atmosphere like this."

The movement was created by Sean Feucht, a California religious leader, who said the freedom to worship has come under attack because churches have closed amid the ongoing health crisis.

The group has held similar events in other cities including Atlanta and Charleston, South Carolina. Upcoming events are planned in Kansas City, Pittsburgh, and Washington D.C.

On Monday morning, the Metro Public Health Department said it would be investigating the event, in which attendees were largely mask-less. MPHD said event organizers did not submit an application for a gathering of its size.

Under Metro's phase three restrictions, gatherings of up to 500 people can be held, but only with an approved safety plan.

Below is the full statement from MPHD:

At a time when Nashville has been making real progress at controlling the spread of the coronavirus, I am greatly disappointed that the organizer of Sunday’s event and those in attendance did not better prioritize their health and the health of others through social distancing and the wearing of face coverings. Personal responsibility is a necessity regardless of the purpose for a public event.

The organizers of Sunday’s religious event did not have any advance communication with the MNPD, and the police department was not present. Going forward, the police department will work with its Metro government partners, including the Health Department, to more effectively facilitate proactive contact with any future event organizers to explain Nashville’s public health and safety expectations. We are also reviewing Sunday’s event along with the Metro Health Department.

"When we see pictures from large groups not wearing face masks, being crowded together, and singing or shouting, that really isn't prudent right now, and is contributing to this pandemic," said Dr. Aronoff.

He recommended anyone who attended the rally get tested for COVID-19 in the next five to 10 days.

"If you were at that event, you should lay low and stay home and wear a face covering," said Dr. Aronoff. "Also, keep your distance from others and maintain good hand hygiene."

While the event was held outdoors, Dr. Aronoff said with a large number of people singing and shouting without masks, there are concerns about the virus spreading.

"In the future, I would like to see this group take precautions that will help protect people who attend their events, and their families."