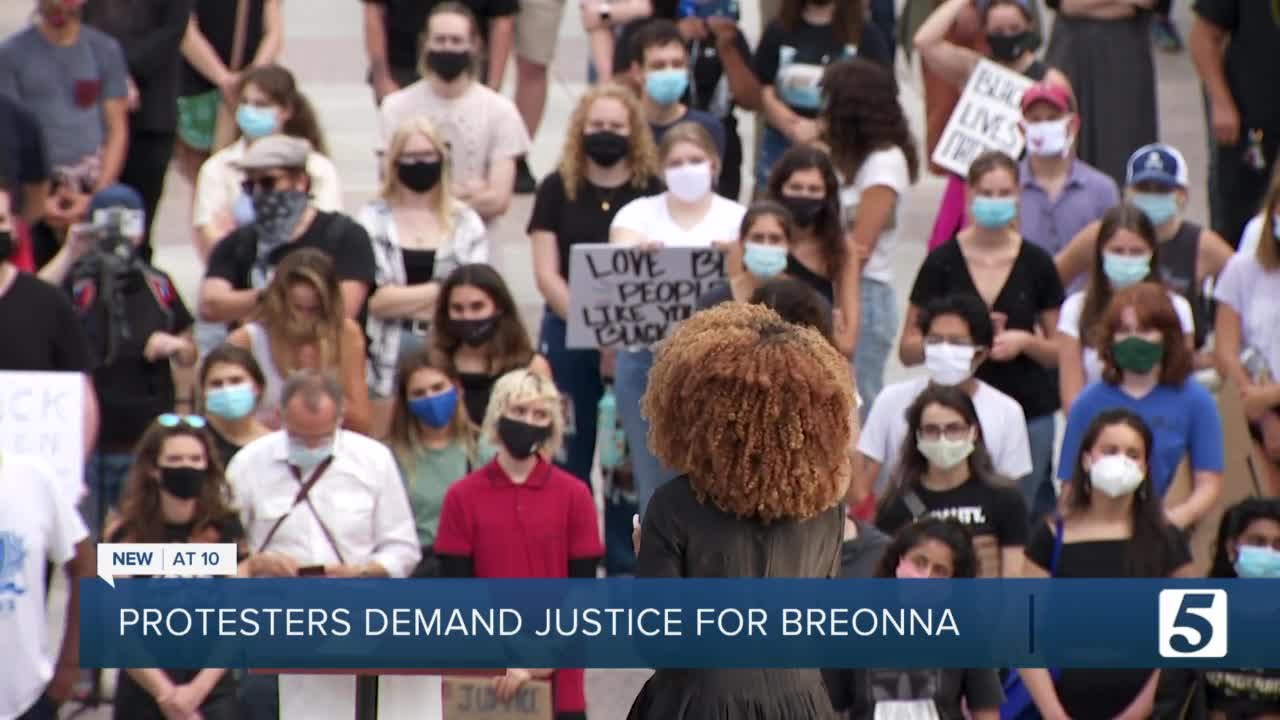 Calls for justice for Breonna Taylor echoed through downtown Nashville on Saturday night. 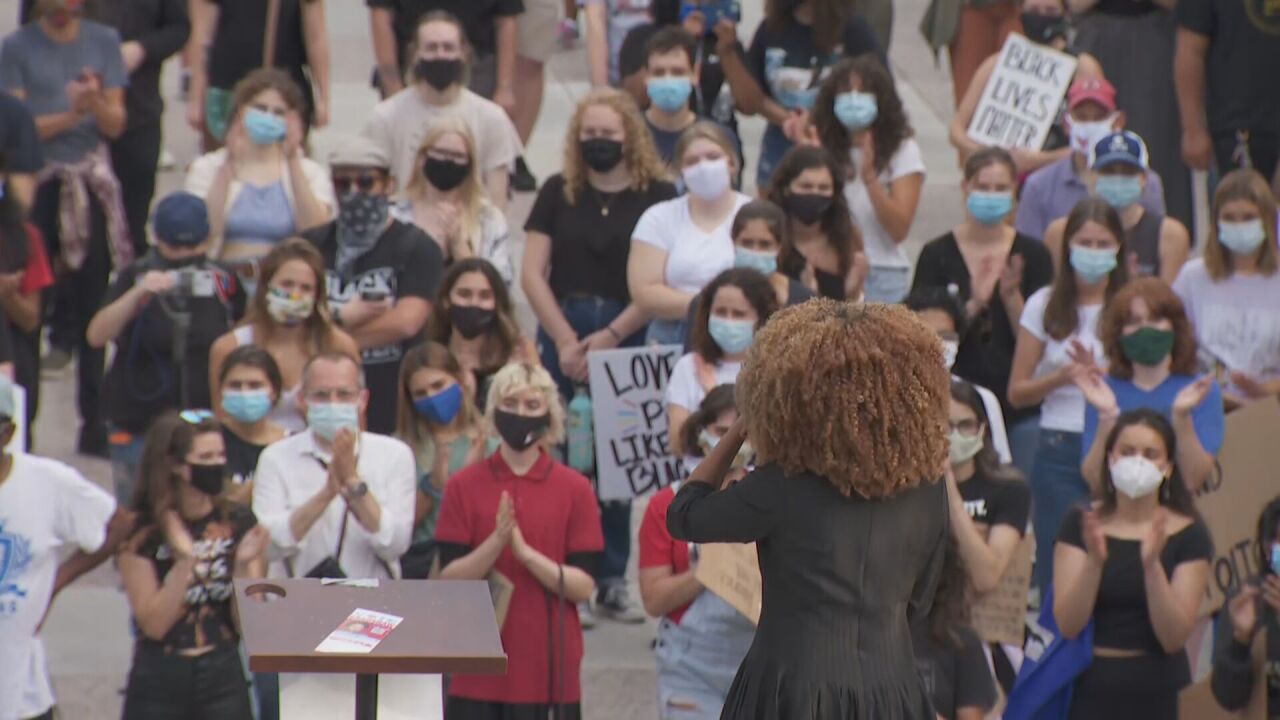 NASHVILLE, Tenn. (WTVF) — Hundreds of people attended a rally in downtown Nashville on Saturday, calling for justice for Breonna Taylor.

Earlier this week, a Kentucky grand jury made the decision not to charge any of the three police officers involved in the shooting for her death. Instead, officer Brett Hankison has been charged with three counts of wanton endangerment for firing into the apartments of her neighbors.

Kentucky Attorney General Daniel Cameron said the other two officers, Jon Mattingly and Myles Cosgrove, are not facing charges because their use of force was "justified to protect themselves."

Following the decision, protests erupted in Louisville and many other cities across the country. The calls for justice for Breonna Taylor echoed through Nashville during the rally this weekend.

Those at the protest heard from several speakers before marching through downtown Nashville.

Many of the demonstrators told NewsChannel 5 they are outraged by the decision, calling it unacceptable.

As the march ended at the capitol building, demonstrators said their work is far from done and they don't plan to slow down anytime soon.

"Live not for yourself, but for your community. I challenge you to get fired up and don't lose hope and keep on fighting," Robin Kimbrough Hayes said to the crowd.

The protest was organized by the People's Plaza, the group that spent weeks camping outside the state capitol building earlier this year asking to speak with Gov. Bill Lee. Lee has yet to speak with the group.